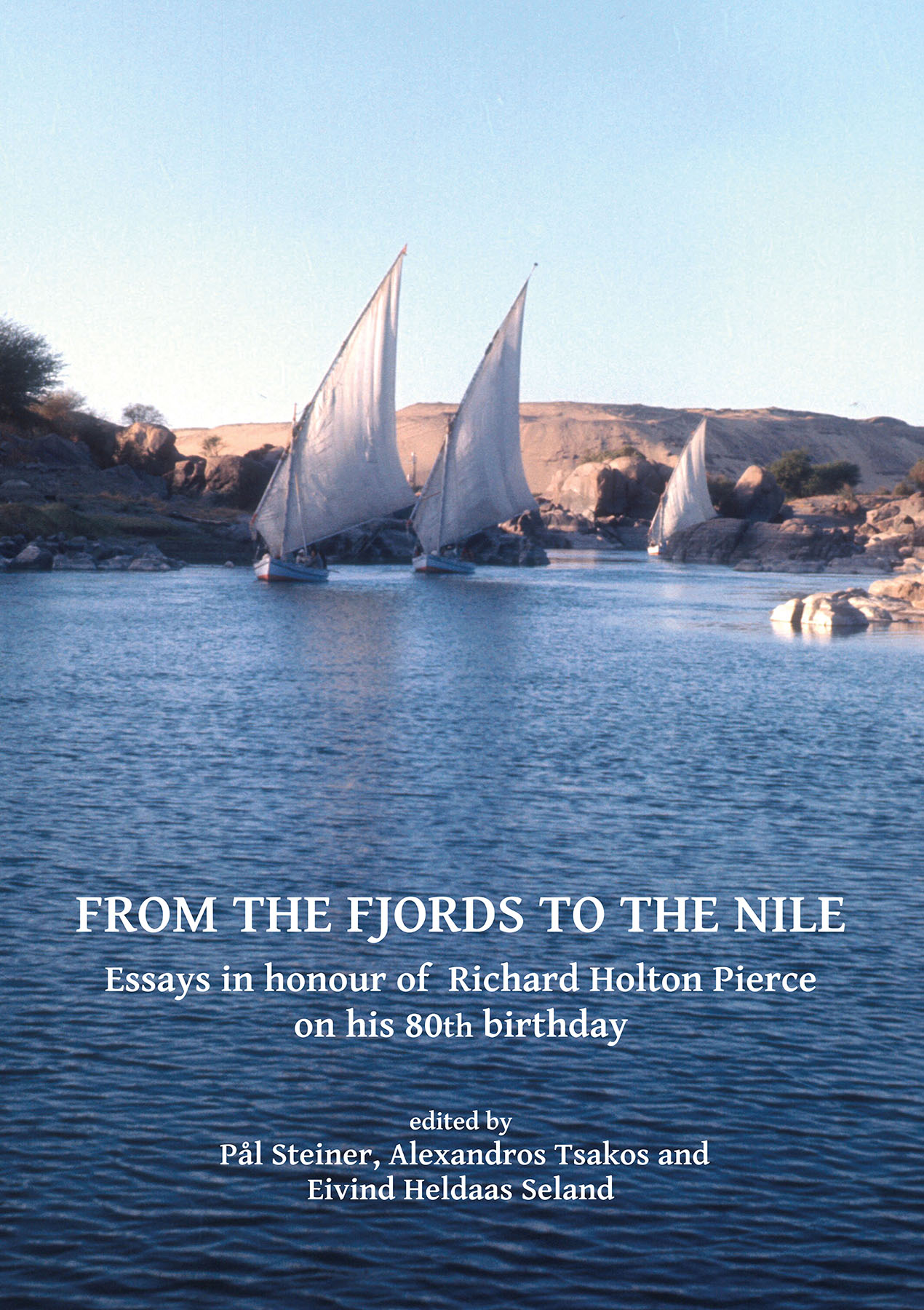 Illustrated throughout in black & white with 7 colour plates

From the Fjords to the Nile: Essays in honour of Richard Holton Pierce on his 80th birthday

From the Fjords to the Nile' brings together essays by students and colleagues of Richard Holton Pierce (b. 1935), presented on the occasion of his 80th birthday. Topics focus on Egypt, the Near East and the wider ancient world.

From the Fjords to the Nile brings together essays by students and colleagues of Richard Holton Pierce (b. 1935), presented on the occasion of his 80th birthday. It covers topics on the ancient world and the Near East. Pierce is Professor Emeritus of Egyptology at the University of Bergen. Starting out as an expert in Egyptian languages, and of law in Greco-Roman Egypt, his professional interest has spanned from ancient Nubia and Coptic Egypt, to digital humanities and game theory. His contributions as scholar, teacher, supervisor and informal advisor to Norwegian studies in Egyptology, classics, archaeology, history, religion, and linguistics through more than five decades can hardly be overstated.

Preface; Nubians move from the margins to the center of their history – László Török; Potsherds on the grave. On burial traditions in the Renk area, South Sudan – Else Johansen Kleppe; Reconstructing a codex with the Coptic Encomia on Apa Victor – Alexandros Tsakos; Bridging Gaps: Archaeological sources and resources in museums – Saphinaz-Amal Naguib; ‘Egypt and the recalcitrant Pharaoh.’ Origin and function of a biblical motif – Kåre Berge; A ‘Sayings Gospel’ attested at Nag Hammadi – Einar Thomassen; Chaotic mothers and creepy shadows. Metaphors of procreation and vision in On the Origin of the World (NHC II, 5) – Ingvild Sælid Gilhus; Liquid Images and the poetics of vision in ancient Greece – Jørgen Bakke; Umm Gumyāna and the Zār – Richard Johan Natvig; Trade and religion in the Central Sahara. The Ibāḍīs and Kawar – Knut Vikør; Fluidité et fixité dans les néotextes numériques – Daniel Apollon

Pål Steiner has an MA in Egyptian archaeology from K.U. Leuven and an MA in religious studies from the University of Bergen, where he has been teaching Ancient Near Eastern religions. Ha has published a collection of Egyptian myths in Norwegian. He is now an academic librarian at the University of Bergen, while finishing his PhD on Egyptian funerary rituals | Alexandros Tsakos studied history and archaeology at the University of Ioannina, Greece. His Master thesis was written on ancient polytheisms and submitted to the Université Libre, Belgium. He defended his PhD thesis at Humboldt University, Berlin on the topic ‘The Greek Manuscripts on Parchment Discovered at Site SR022.A in the Fourth Cataract Region, North Sudan’. He is currently a postdoctoral researcher at the University of Bergen with the project ‘Religious Literacy in Christian Nubia’. He is a founding member of the Union for Nubian Studies and member of the editorial board of Dotawo. A Journal of Nubian Studies | Eivind Heldaas Seland is associate professor of ancient history and pre-modern global history at the University of Bergen. His research focuses on the relationship between ideology, trade, and political power in the Near East and Indian Ocean in the pre- Islamic period. He is the author of Ships of the Desert, Ships of the Sea: Palmyra in the world trade of the first three centuries CE (Harrassowitz 2016) and co-editor of Sinews of Empire: Networks in the Roman Near East and beyond (Oxbow 2017).