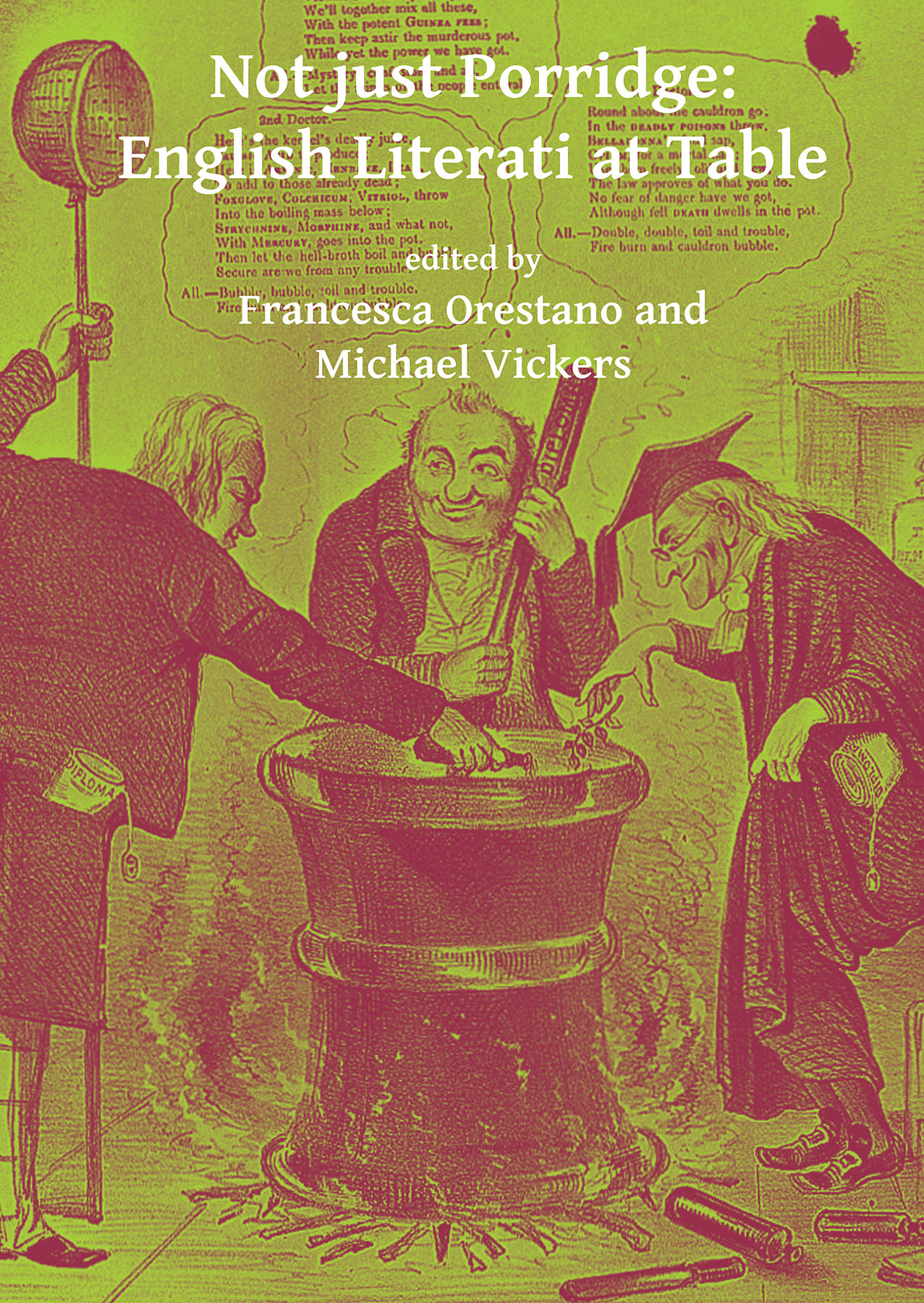 Iillustrated throughout in black & white with 8 colour pages

Concocted in Italy by scholars of English and sifted through the judgement of the English editor, this volume traces a curious history of English literature, from the tasty and spicy recipes of the Middle Ages down to very recent times.

The essays presented in Not just Porridge address both the scholar and the bold, adventurous cook. They offer the crumbs of what might be found in great and famous works of literature. Concocted in Italy by scholars of English and sifted through the judgement of the English editor, this volume traces a curious history of English literature, from the tasty and spicy recipes of the Middle Ages down to very recent times, threatened as they are by junk food and microwaved dinners. The authors of the essays have lingered on the threshold of the kitchen rather than in the library. Each chapter provides the recipes that best describe the writers involved, and their culinary times.

At table with Dr Johnson: food for the body, nourishment for the mind (Giovanni Iamartino) [Open Access: Download] ;

Charles Dickens from street food to the restaurant (Claudia Cremonesi) ;

Henry James goes on a diet: a chronicle of a private drama (Elena Ogliari) ;

Bennett, Strachey and the preparation of the omelette (Karin Mosca) ;

A. A. Milne: Tea (and lots of honey) in the Hundred Acre Wood (Francesca Gorini) ;

Bridget Jones and the temptations of junk food (Ilaria Parini) ;

Francesca Orestano, Professor of English Literature at the University of Milan, works in the areas of landscape aesthetics (William Gilpin and the picturesque, from the 18th century to present), garden history, Victorian and Dickens studies, art criticism and John Ruskin, the gothic and the baroque, and children’s literature. Recent research includes: cultural responses to the Italian Renaissance, chemistry and Victorian taste, the child reader. She has edited the 2014 issue of Cultural Perspectives on ‘History and Children’s Literature’, and since 2007 the website http://users.unimi.it/childlit. Michael Vickers is Professor Emeritus of Archaeology at the University of Oxford, and Emeritus Senior Research Fellow in Classical Studies at Jesus College. His research interests include the archaeology, history and literature of the Greek and Roman worlds. His latest book, Aristophanes and Alcibiades: Echoes of Contemporary History in Athenian Comedy appeared in 2015. He spends much of his time in Georgia, and is often asked to put texts in Georgian English into English English. Co-editing this volume was by way of light relief.