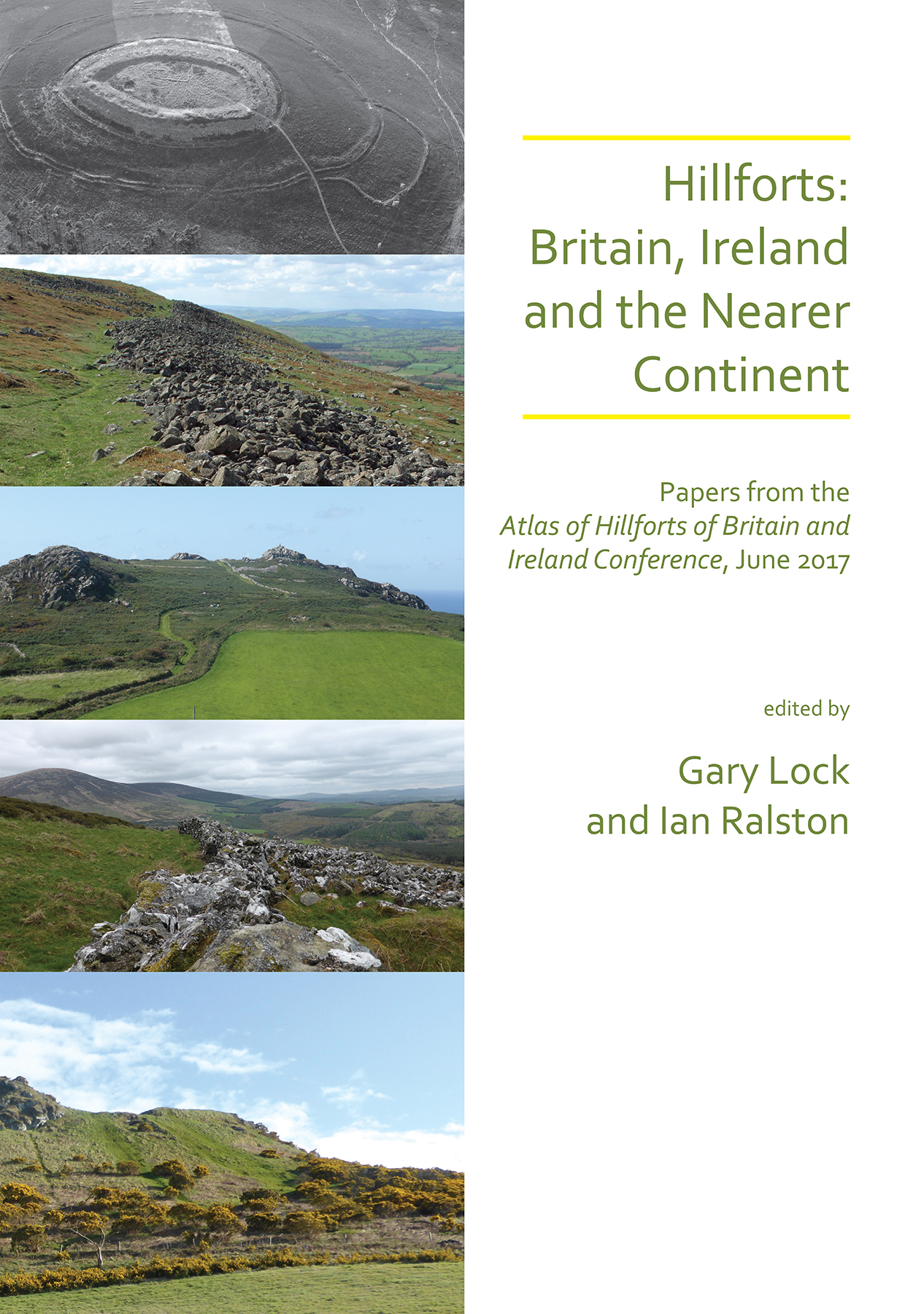 Papers from the Atlas of Hillforts of Britain and Ireland Conference, June 2017

The Atlas of Hillforts of Britain and Ireland project (2012-2016) compiled a massive database on hillforts by a team drawn from the Universities of Oxford, Edinburgh and Cork. This volume outlines the history of the project, offers preliminary assessments of the online digital Atlas and presents initial research studies using Atlas data.

Funded by the AHRC, the Atlas of Hillforts of Britain and Ireland project (2012-2016) involved a team drawn from the Universities of Oxford, Edinburgh and Cork which was responsible for compiling a massive database, now freely available online at https://hillforts.arch.ox.ac, on hillforts in Britain and Ireland. This was underpinned by a major desk-based re-assessment of accessible records. These twelve studies, presented at the end of that exercise to a conference in Edinburgh, and contributed by team members and colleagues, outline the background to and development of the project (Gary Lock) and offer a preliminary assessment of the online digital Atlas (John Pouncett) as well as presenting initial research studies using Atlas data. The volume is profusely illustrated with over 140 figures, including many new maps. Ian Ralston provides a historical assessment of key stages in the enumeration and mapping of these important monuments on both sides of the Irish Sea. The hill- and promontory forts of England, Wales and the Isle of Man are assessed by Ian Brown and those of Ireland by James O’Driscoll, Alan Hawkes and William O’Brien. Stratford Halliday’s study of the Scottish evidence focuses on the impact of the application of the Atlas criteria to the records of forts in that country. Simon Maddison deploys Percolation Analysis as an example of the potential re-use of the Atlas data in analysing new distributions; Jessica Murray presents a GIS-based approach to hillfort settings and configurations. Syntheses on insular Early Historic fortified settlements in northern Britain and Ireland, by James O’Driscoll and Gordon Noble, and on hillforts in areas of the nearer Continent are included. The latter comprise an overview by Sophie Krausz on Iron Age fortifications in France and a consideration of the south German records of hillforts and oppida by Axel Posluschny, while Fernando Rodriguez del Cueto tackles the north-western Spanish evidence.

GARY LOCK is Emeritus Professor of Archaeology, University of Oxford. He gained his first degree in Archaeology at the University of Leicester and then took his PhD based on post-excavation work at Danebury hillfort. His interest in the Iron Age and particularly hillforts and their landscapes resulted in thirty years teaching and researching at Oxford in both the School of Archaeology and the Continuing Education Department. Gary co-directed the Hillforts of the Ridgeway project which involved the excavation and publication of three hillforts: Uffington Castle; Segsbury Camp and Alfred’s Castle. Thereafter research at Marcham/Frilford, a large Iron Age ritual complex and Romano-British temple, necessitated eleven years of fieldwork. Post-excavation work on this community archaeology project is ongoing. Gary has also worked on hillfort projects in the Najera Valley, La Rioja (Spain) and the Sangro Valley (Italy). In recent years Gary has excavated a hillfort in North Wales, Moel-y-Gaer, Bodfari, which is currently being written up. He is a longstanding member of the Hillfort Study Group and was co-PI of the Atlas of Hillforts of Britain and Ireland project. Gary’s other major interest is the use of computers in archaeology, especially GIS on which he has published extensively. He has recently retired as Chair of the Computer Applications in Archaeology international conference. | IAN RALSTON’s doctorate was on the Iron Age enclosed sites of Limousin, France, following on from undergraduate studies in Stuart Piggott’s department at Edinburgh. For eleven years he was on the staff of the University of Aberdeen before transferring to Edinburgh in 1985, where he was appointed to a personal chair there in 1998 and as Abercromby Professor of Archaeology in 2012. Over his career he has primarily worked on various aspects of the prehistoric and early historic archaeology of eastern Scotland, including excavations at two promontory forts and undertaking research on other sites of Neolithic and later date. A further regional interest is in the Iron Age of France, where he co-directed and published excavations on the defences of the oppida of Levroux (Berry) and Mont Beuvray (Burgundy). More recently Ian worked as part of the team examining the large First Iron Age princely complex in and around the city of Bourges (Berry), contributing to several volumes on that site. His other interests have included aerial photography, archaeological resource management issues, the history of Scottish archaeology, and treasure trove in Scotland. A Hillfort Study Group member for some forty years, he was co-PI of the Atlas of Hillforts of Britain and Ireland project.

'...we should congratulate and thank the editors for producing this fine volume, and for the enormous amount of work undertaken within the Atlas project. This is a new milestone in the study of hillforts in Britain and Ireland, and can serve as a source of inspiration for similar future studies in continental Europe and beyond.'