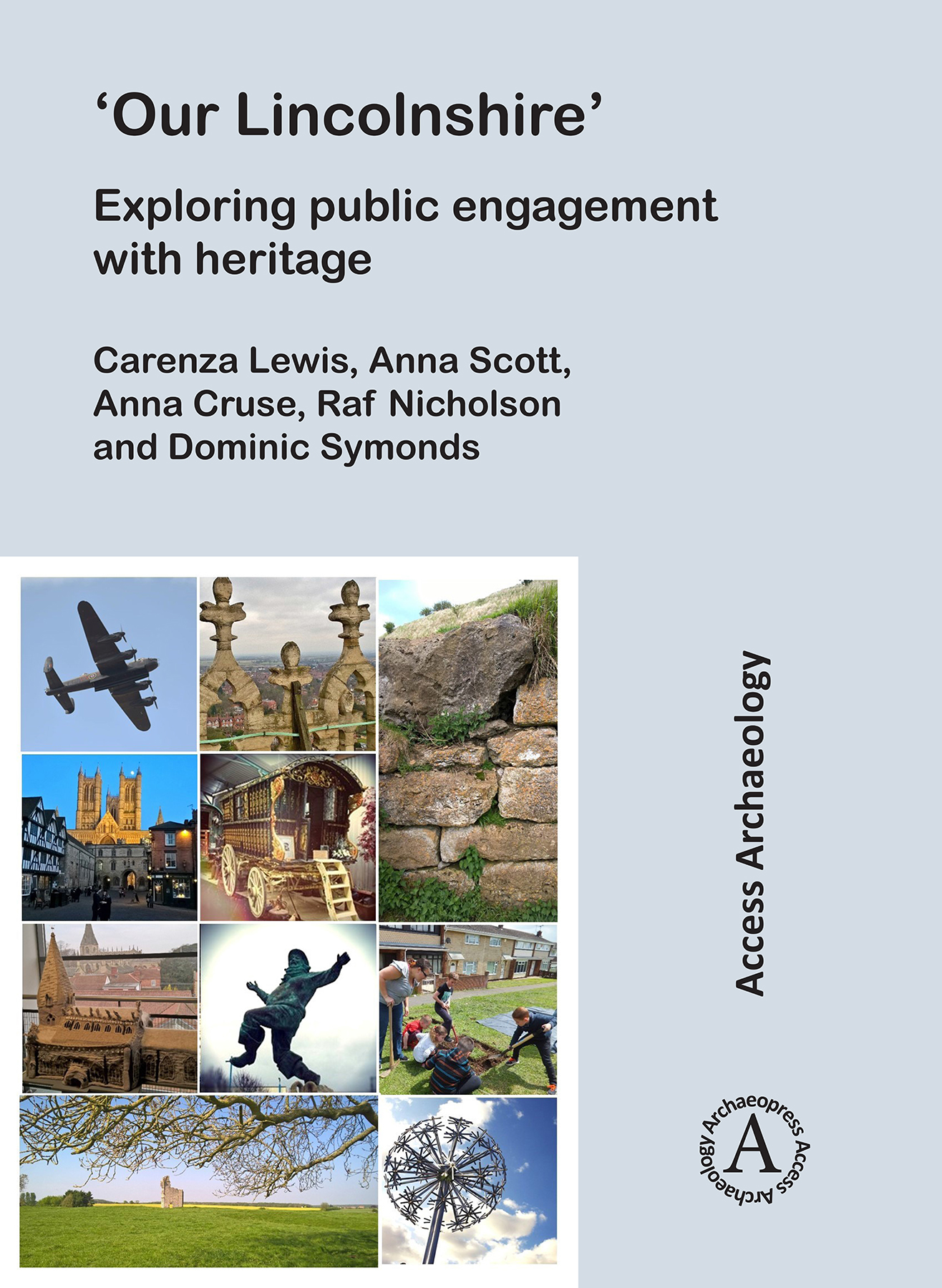 This book presents the aims, methods and outcomes of an innovative wide-ranging exploration of public attitudes to heritage, conducted in 2015-16 across Lincolnshire, England’s second-largest county. As policy and practice evolve, this research will remain valuable as a snapshot in time of public engagement with heritage.

‘Our Lincolnshire’ (2015-16) was devised as a robust, multi-vocally informed exploration of the attitudes of residents and visitors in Lincolnshire to the county’s heritage and the ways in which they engage with it. The context for this was the recognition amongst the county heritage sector of a disconnect between citizens of Lincolnshire and heritage beyond the city of Lincoln which presents challenges when the purpose and function of museums and heritage services need to be reviewed, especially when funding issues are impacting on this process. Understanding attitudes and re-connecting the various audiences in Lincolnshire with their rural heritage in a meaningful and creative way is thus required to ensure the continued collection, curation and presentation of heritage assets is effective in caring for heritage now and for future generations and ensuring the heritage resource reflects, meets and advances the interests, needs and aspirations of Lincolnshire’s residents and visitors today. This volume outlines the methods, data, outcomes and recommendations that generated from this multi-dimensional and innovative research and engagement process.

CARENZA LEWIS is Professor of Public Understanding of Research at the University of Lincoln and an archaeologist with research interests in rural settlement and childhood. Formerly an investigator for RHCME, presenter on Channel 4’s television series ‘Time Team’ and founding director of ‘Access Cambridge Archaeology’, she has published widely while leading initiatives engaging wider publics with heritage including the ‘Higher Education Field Academy,’ ‘Cambridge Community Heritage’ and ‘Unearthing Middlefield’s Utopia’. Director of ‘Our Lincolnshire’, from 2019-22 she is leading ‘Community Archaeology in Rural Environments Meeting Societal Challenges’ (CARE-MSoC), a European Commission project exploring the social benefits of involving residents of rural communities in the Netherlands, Czech Republic and Poland in local archaeological excavations. | ANNA SCOTT is a heritage consultant and public historian affiliated with the Centre for Culture and Creativity at the University of Lincoln. Her research and practice explores critical heritage studies and the uses of the past. Current major projects include the Heritage Lottery Fund’s ‘Pilgrim Roots’ project, Arts Council England-funded ‘Illuminate’ and work with ‘Mayflower 400’, developed consequent to research on Pilgrims’ heritage in the UK and internationally. | ANNA CRUSE is studying for a PhD in History of Art at the University of Warwick. Her current research examines the influence of the ancient world upon the Florentine Renaissance, and the emergence of luxury goods markets under Duke Cosimo I de’ Medici. She is also a part-time filmmaker and has created a number of short promotional films for the University of Nottingham, documented at annacrusemarsh.com. | RAF NICHOLSON is a Postdoctoral Researcher at Bournemouth University. Her monograph on the history of women’s cricket in Britain is due to be published by Peter Lang in 2019. She is also a freelance journalist who writes for ESPNCricinfo, ‘Wisden’ and ‘The Guardian’ as well as editing the women’s cricket website, www.CRICKETher.com. | DOMINIC SYMONDS is Professor of Musical Theatre at the University of Lincoln. He is joint editor of ‘Studies in Musical Theatre’, and has written a number of books, including ‘Economies of Collaboration in Performance: More Than the Sum of the Parts’, recently co-authored with Karen Savage. He is interested in promoting engagement, access and diversity in the arts and has worked extensively on music and theatre projects with communities of young people, the elderly and those with disabilities throughout the UK and Europe. He leads the ‘Welcoming Voices’ project, which explores ways in which music can be used for cultural cohesion between UK and Eastern European populations.