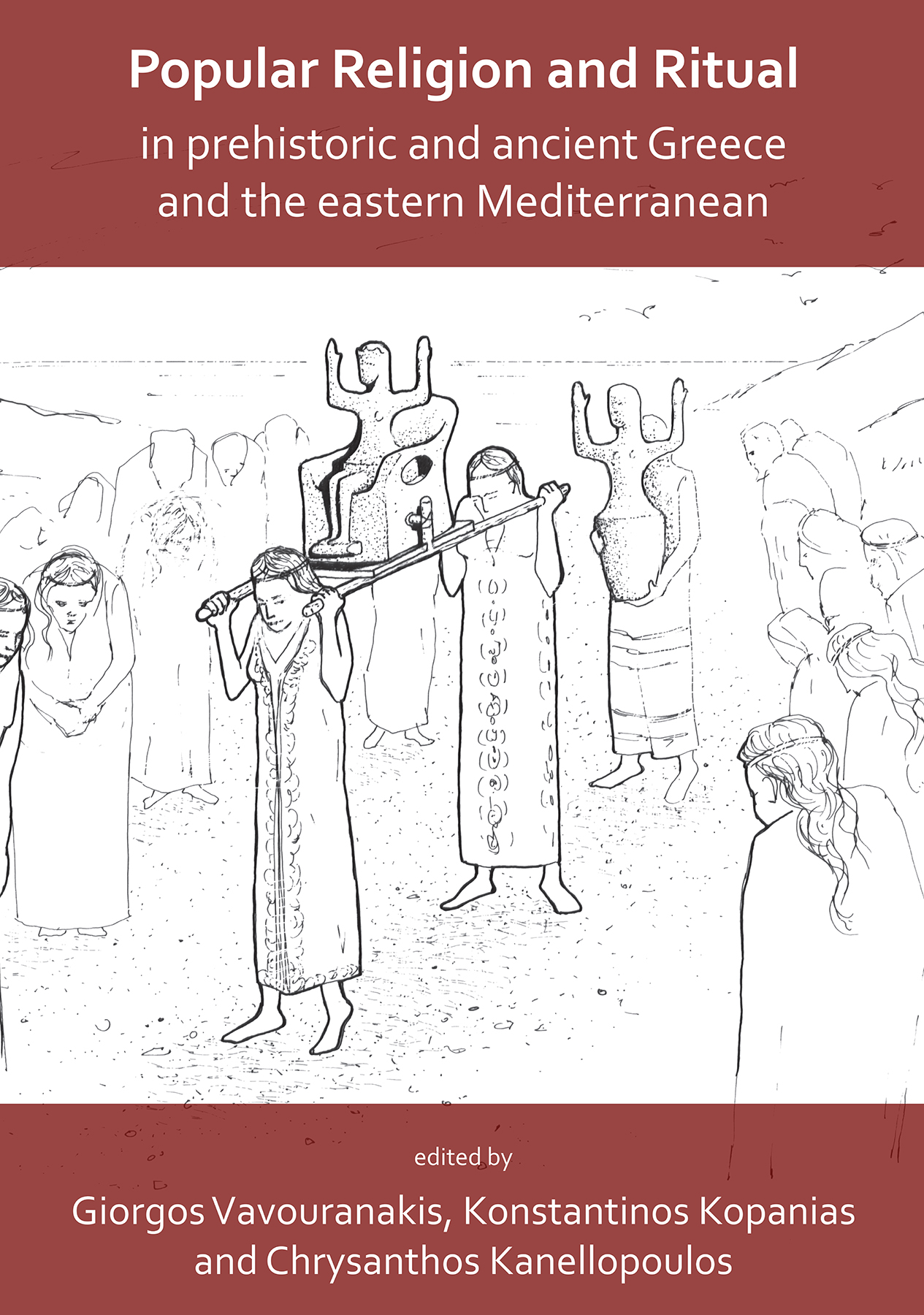 Illustrated throughout in colour and black & white (30 plates in colour)

This volume features a group of select peer-reviewed papers by an international group of authors, both younger and senior academics and researchers, on the frequently neglected popular cult and other ritual practices in prehistoric and ancient Greece and the eastern Mediterranean.

This volume features a group of select peer-reviewed papers by an international group of authors, both younger and senior academics and researchers. It has its origins in a conference held at the National and Kapodistrian University of Athens, which aimed to bring up the frequently-neglected popular cult and other ritual practices in prehistoric and ancient Greece and the eastern Mediterranean. The topics covered by the chapters of the volume include the interplay between elite and popular ritual at cemeteries and peak sanctuaries just before and right after the establishment of the first palaces in Minoan Crete; the use of conical cups in Minoan ritual; the wide sharing of religious and other metaphysical beliefs as expressed in the wall-paintings of Akrotiri on the island of Thera; the significance of open-air sanctuaries, figurines and other informal cult and ritual paraphernalia in the Aegean, Cyprus and the Levant from the late bronze age to the archaic period; the role of figurines and caves in popular cult in the classical period; the practice of cursing in ancient Athens; and the popular element of sports games in ancient Greece.

Popular religion and ritual: introductory notes – by Giorgos Vavouranakis; Ritual, multitude and social structure in Minoan Crete – by Giorgos Vavouranakis; What relationship with the First palace of Phaistos? The funerary complexes of Kamilari and Ayia Triada in the Protopalatial period – by Ilaria Caloi; Mass and elite in Minoan peak sanctuaries – by Matthew Haysom; Inverting vases in Bronze Age Crete: Where? When? Why? – by Santo Privitera; A Minoan ‘chytros’? Unexpected archaeological evidence for the possible pre-historic origin of an ancient Greek ceremonial practice – by Lefteris Platon; Metamorphoses and hybridity in the wall-paintings at Akrotiri, Thera – by Annette Højen Sørensen, Walter L. Friedrich and Kirsten Molly Søholm; Approaches to popular religion in Late Bronze Age Greece – by Helène Whittaker; The Mycenaean figurines revisited – by Nagia Polychronakou Sgouritsa; Mount Lykaion (Arkadia) and Mount Oros (Aegina): two cases of Late Bronze Age sacred ‘high places’ – by Eleni Salavoura; The ‘Minoan Goddess with Upraised Arms’ today – by Theodore C. Eliopoulos; Re-positioning ‘rural’ sanctuaries within the Cypro-Archaic societies: some considerations – by Anastasia Leriou; Popular religion in ancient Judah during the 8th and 7th centuries BC. The case of the female pillar figurines – by Valia Papanastasopoulou; Representations of the demon-god Bes in Rhodes and Samos during the 7th and 6th centuries BC and their influence on popular religious beliefs: Bes and the ‘fat-bellied demons’ – by Electra Apostola; Of curses and cults: public and private ritual in Classical Xypete – by Jessica L. Lamont and Georgia Boundouraki; Cursing rituals as part of household cult: a fourth century BC inscribed bowl from Salamis – by Yannis Chairetakis; Representations of masked figures: a comparative study and an interpretative approach to their cult-use and meaning – by Maria G. Spathi; Detecting the cult of a border sanctuary on the Messenian slopes of Mount Taygetos – by Socrates Koursoumis; Popular religion and the beginnings of the Olympic Games – by Panos Valavanis

The topic of the conference and of this volume is a welcome one in the field of Greek religion. Its greatest strength is the centering of under-published bodies of material from ritual contexts, such as figurines, and the emphasis on the importance of their contextualization within ritual practices for our understanding of popular religion and ritual in the Eastern Mediterranean. Especially useful is the number of papers that address the methodological problems of using small finds to identify and interpret otherwise opaque religious practices and beliefs in rural and domestic contexts. Similarly welcome was the diversity of material encapsulated in various case studies.