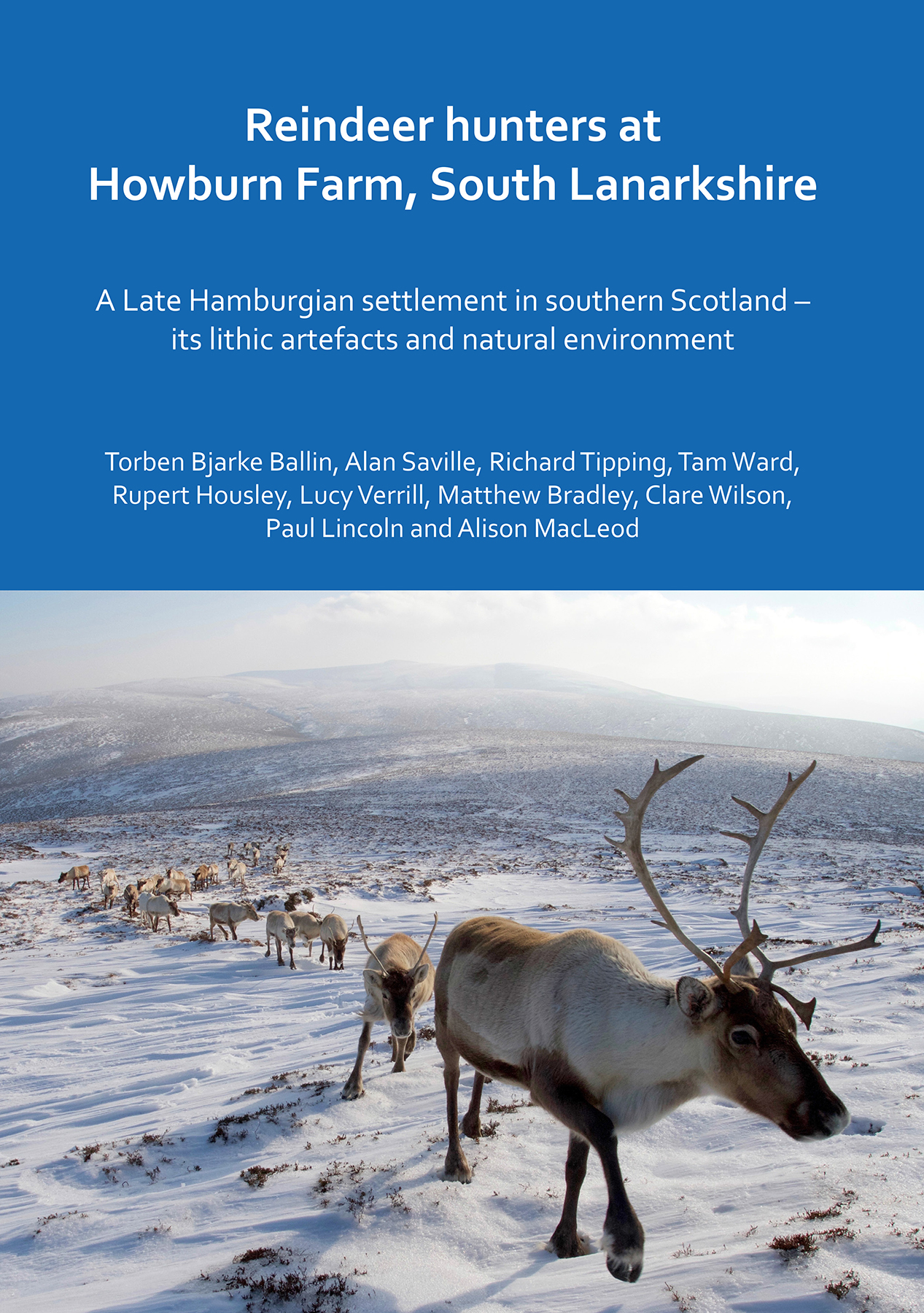 This volume presents the lithic assemblage from Howburn in South Lanarkshire, Scotland, at present the oldest prehistoric settlement in Scotland (12,700-12,000 BC), and the only Hamburgian settlement in Britain. The book focuses on the Hamburgian finds, which are mainly based on the exploitation of flint from Doggerland.

This volume presents the lithic assemblage from Howburn in South Lanarkshire, Scotland, which at present is the oldest prehistoric settlement in Scotland (12,700-12,000 BC), and the only Hamburgian settlement in Britain. The site also included a scatter from the Late Upper Palaeolithic Federmesser- Gruppen period (12,000-10,800 BC), as well as lithics from the Mesolithic, Neolithic and Early Bronze Age. The book focuses on the Hamburgian finds, which are mainly based on the exploitation of flint from Doggerland, the then dry bed of the North Sea. The Hamburgian tools include tanged arrowheads, scrapers, piercers, burins, and other implement forms which show similarities with tools of the same age on the European continent. The shape of one scatter suggests that the Palaeolithic settlers lived in tent-like structures. The Palaeolithic finds from Howburn shed light on several important general trends, such as the ‘acclimatization’ of pioneer settlers, as well as the development of regional differences following the initial Late Glacial recolonization of Scotland. Palaeo-environmental work focused on whether there was a small lake (‘Loch Howburn’) in front of the terrace on which the camp was situated, and it was concluded that there was indeed a lake there, but it was neither contemporary with the Hamburgian, nor the Federmesser-Gruppen settlement. Most likely, ‘Loch Howburn’ dates to the Loch Lomond stadial.

After having worked as a specialist and Project Manager in Denmark, the Faroe Islands and Norway, Torben Ballin relocated to Scotland in 1998. Since that year, he has worked as an independent lithics specialist in Scotland, England, Northern Ireland and Ireland, and he is an Honorary Fellow at the University of Bradford. Torben’s special interests have been lithic terminology and typology, lithic technology, chronological frameworks, raw material studies, intra-site spatial analyses, prehistoric territories and exchange networks, and – not least – Scotland’s Late Upper Palaeolithic (LUP) and Early Mesolithic industries. While still active in Denmark, he briefly worked with Jørgen Holm at the Hamburgian/Federmesser-Gruppen site of Slotseng in Southern Jutland, and one of his academic theses was on the refitting and spatial analysis of the LUP Brommian settlement of Højgård on Zealand. While in Norway, he led the Farsund Project and the Oslofjord Crossing Project, where he analysed a large number of Norwegian Early, Middle and Late Mesolithic sites and assemblages. Since 1998, Torben has dealt with numerous Mesolithic sites and assemblages from all parts of Scotland, and lately he has focused on the discovery of Scottish LUP sites, assemblages, and individual finds and, with the late Alan Saville of National Museums Scotland he published the Federmesser-Gruppen site of Kilmelfort Cave, Argyll; with Hein Bjerck, University of Trondheim, the unique LUP Fosna-Hensbacka point from Brodgar on Orkney; and with Headland Archaeology Ltd. the LUP site of Milltimber, Aberdeenshire. Torben has recently published a number of papers in which he discussed how to recognize individual LUP finds and assemblages on the basis of their technological attributes, when no diagnostic types are present.

‘This fascinating volume focuses on a Scottish settlement site that has its origins in the Late Upper Palaeolithic (LUP), inhabited at a time when the glaciers in northern Europe were in retreat. The book presents the results of a large excavation where a considerable lithic assemblage was recovered… This book is an important contribution for understanding the economics of Late Upper Palaeolithic reindeer hunters.’ – George Nash (2018): Current Archaeology