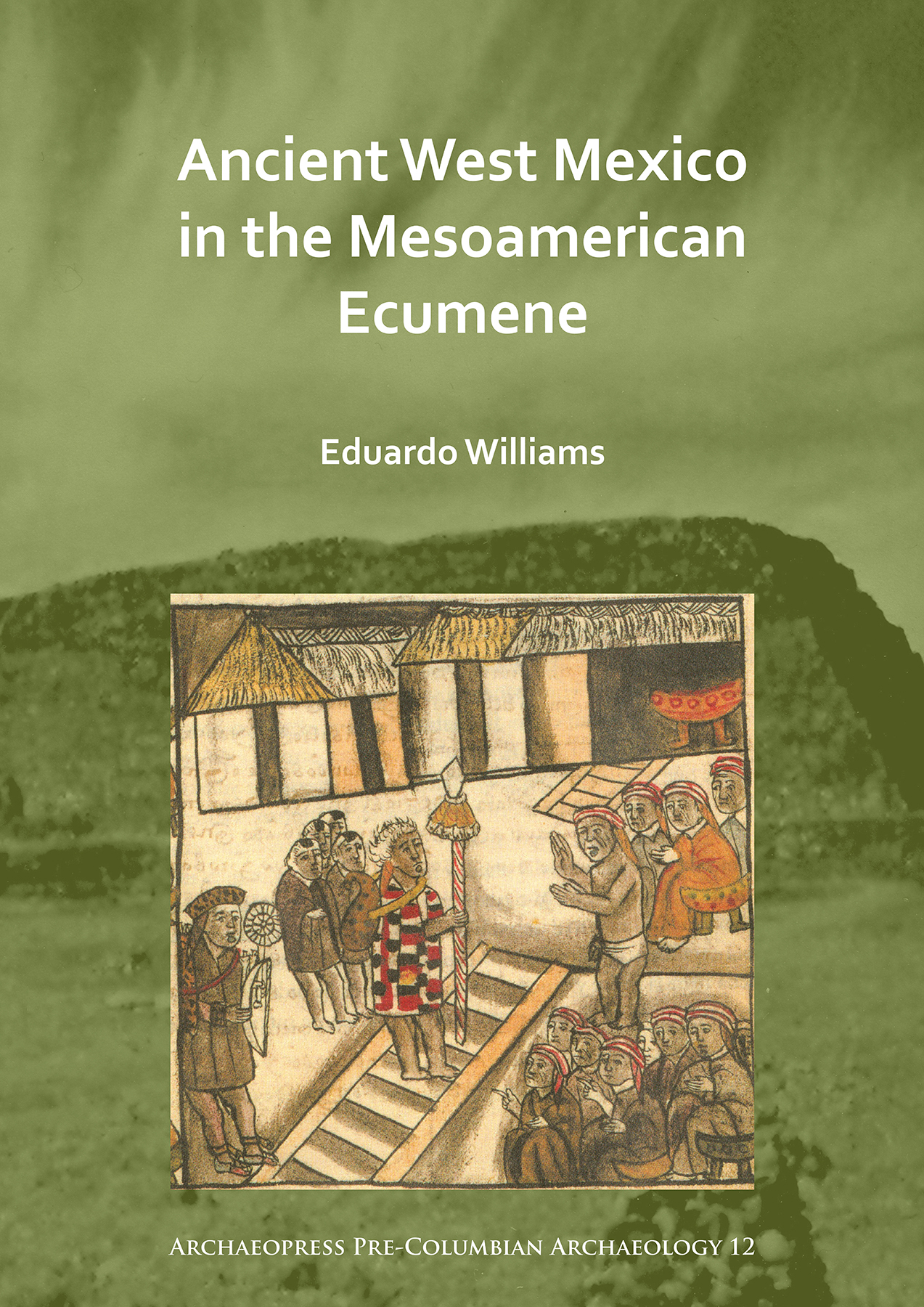 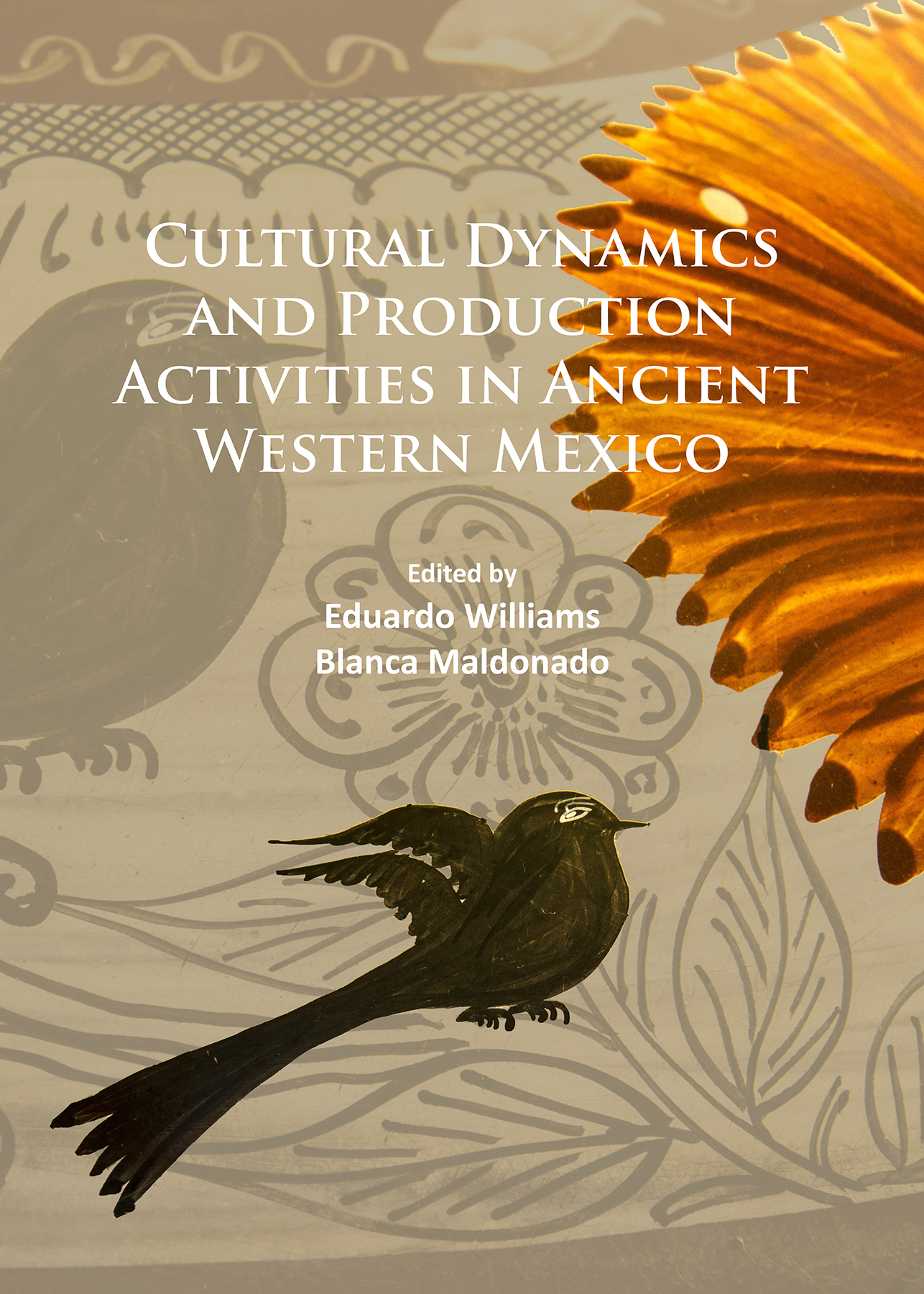 This volume presents a long-overdue synthesis and update on West Mexican archaeology. Ancient West Mexico has often been portrayed as a ‘marginal’ or ‘underdeveloped’ area of Mesoamerica. This book shows that the opposite is true and that it played a critical role in the cultural and historical development of the Mesoamerican ecumene.

This book presents a discussion of the culture history of ancient West Mexico from the time of the first human inhabitants until the last cultural developments that took place before the Spanish invasion in the 16th century. The overall narrative is played out within the context of the Mesoamerican ecumene; that is, the universe of cultural and social interactions that coalesced into one of the few pristine civilizations of the ancient world.

The book presents a long-overdue synthesis and update of West Mexican archaeology aimed at scholars, students and the general public. Ancient West Mexico in the Mesoamerican Ecumene is the first book about West Mexican archaeology written by a single author. Another unique feature of this book is that it follows a holistic approach that includes data and perspectives from sociocultural anthropology, ethnohistory, ethnoarchaeology, and general analogy with many ancient cultures within the Mesoamerican ecumene and beyond (including several of the Old World). The focus of interest is the relationship between West Mexico and the rest of the ecumene, and the role played by the ancient West Mexicans in shaping the culture and history of the Mesoamerican universe.

Ancient West Mexico has often been portrayed as a ‘marginal’ or ‘underdeveloped’ area of Mesoamerica. This book shows that the opposite is true. Indeed, Williams convincingly demonstrates that West Mexico actually played a critical role in the cultural and historical development of the Mesoamerican ecumene.

Eduardo Williams has been involved in West Mexican archaeology and ethnohistory since receiving his BA degree in 1982. He obtained his PhD degree from the Institute of Archaeology, University College London, in 1989. Williams joined the faculty of the Colegio de Michoacán (Zamora, Mexico) in 1990, where he holds the post of Professor in the Center for Archaeological Research. He has been a visiting scholar in the Department of Anthropology, University of California at Los Angeles (1988); the Middle-American Research Institute, Tulane University (New Orleans) (1998); and the Department of Anthropology, Tulane University (2012). The following books stand out among Williams’ contributions to West-Mexican archaeology: La sal de la tierra (Colegio de Michoacán, 2003; awarded the Alfonso Caso Prize the Mexican Institute of Anthropology and History [INAH]); Water Folk: Reconstructing an Ancient Aquatic Lifeway in Michoacán, Western Mexico (Archaeopress, 2014); and Tarascan Pottery Production in Michoacán, Mexico (Archaeopress, 2017).

'For far too long, west Mexican prehistory has been the poor stepchild of Mesoamerican studies. Eduardo Williams’ book demonstrates the connections between this neglected region and the better-known areas of the Mesoamerican world. One of the strengths of Eduardo’s book is that he puts the history of archaeological and ethnographic research into perspective… Williams links west Mexican cultures and sites to the wider world of Mesoamerica. Other writers have either ignored the subject or only touched on it lightly. Eduardo documents the important connections. For those learning about the Mesoamerican world, these specific, documented connections are invaluable… I think this will be the “go-to” volume for anyone who wants either a broad overview or to compare different regions and developments (e.g. settlement, trade, social organization) through time…'

'Williams’ bridging of the past and present through ethnographic, ethnohistoric, and ethnoarchaeological data centered on the importance of aquatic lifeways is a much-needed thread of continuity and identity where none previously existed. Critiques noted previously aside, this a solid piece of work and one that I am excited to hopefully see make its way into classrooms and onto bookshelves.'

There is no doubt that this is the book my students have been asking for in the way of a comprehensive overview of the archaeology of western Mexico.