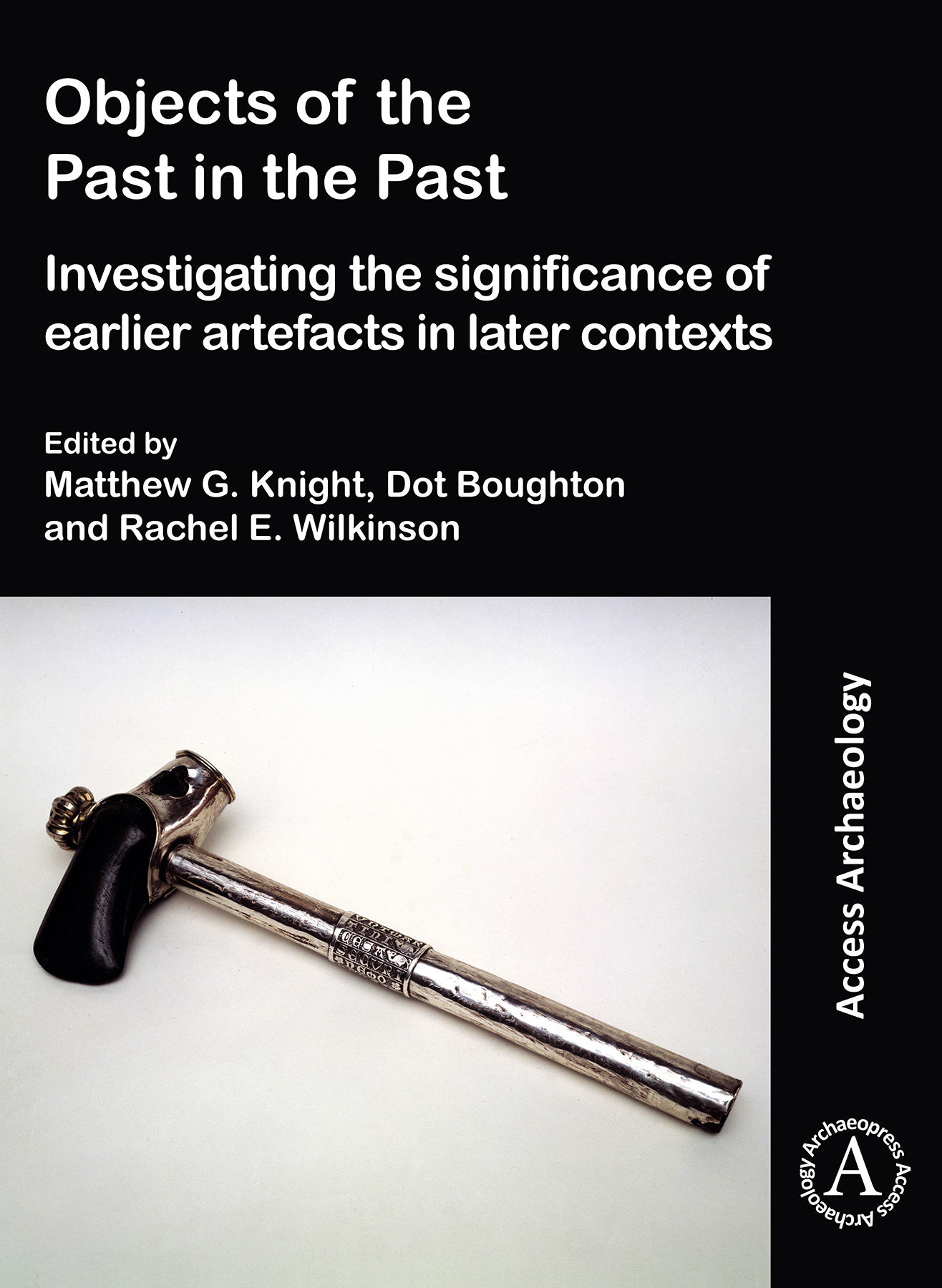 Objects of the Past in the Past: Investigating the Significance of Earlier Artefacts in Later Contexts

How did past communities view, understand and communicate their pasts? And how can we, as archaeologists, understand this? This volume brings together a range of case studies in which objects of the past were encountered and reappropriated.

How did past communities view, understand and communicate their pasts? And how can we, as archaeologists, understand this? In recent years these questions have been approached through studies of the extended occupation and use of landscapes, monuments and artefacts to explore concepts of time and memory. But what of objects that were already old in the past?
Interpretations for these items have ranged from the discard of scrap to objects of veneration. Evidence from a range of periods would suggest objects of the past were an important part of many later societies that encountered them, either as heirlooms with remembered histories or rediscovered curiosities from a more distant past.
For the first time, this volume brings together a range of case studies in which objects of the past were encountered and reappropriated. It follows a conference session at the Theoretical Archaeological Group in Cardiff 2017, in which historians, archaeologists, heritage professionals and commercial archaeologists gathered to discuss this topic on a broad (pre)historical scale, highlighting similarities and contrast in depositional practices and reactions to relics of the past in different periods. Through case studies spanning the Bronze Age through to the 18th century AD, this volume presents new research demonstrating that the reappropriation of these already old objects was not anomalous, but instead represents a practice that recurs throughout (pre)history.

Chapter 1. Objects of the Past in the Past – by Matthew G. Knight, Dot Boughton and Rachel E. Wilkinson
Chapter 2. Doubtful associations? Assessing Bronze Age ‘multi-period’ hoards from northern England, Scotland and Wales – by Matthew G. Knight
Chapter 3. Connecting with the past: Earliest Iron Age multi-period hoards in Wessex – by Dot Boughton
Chapter 4. The Devil or the Divine? Supernatural objects and multi-period hoards in later prehistory – by Alex Davies
Chapter 5. Iron Age antiques: Assessing the functions of old objects in Britain from 400 BC to AD 100 – by Helen Chittock
Chapter 6. The Antique Antique? – by Mark Lewis
Chapter 7. Rethinking heirlooms in early medieval graves – by Brian Costello and Howard Williams
Chapter 8. Medieval engagements with the material past: some evidence from European coin hoards, AD c. 1000–1500 – by Murray Andrews
Chapter 9. Deep Time in the ruins of a Tudor Palace? Fossils from the Palace of Placentia, Greenwich – by Peter J. Leeming
Chapter 10. A shifting chronology of combat damage: Reassessing the evidence for use and reuse on Irish Bronze Age swords – by David R. Bell

Matthew Knight is the curator of the Chalcolithic and Bronze Age collections at National Museums Scotland and Chair of the Later Prehistoric Finds Group. He specialises in the production, use and deposition of Bronze Age metalwork and completed his PhD on the deliberate destruction of metalwork in south-west England in 2018.
Dot Boughton originates from Germany and is a prehistoric metalwork specialist who now works as a freelancer and translator in Cumbria. Dot did her undergraduate degree at the Freie Universität Berlin and moved to England in 1999, where she completed an MSt (2000) and MPhil (2001) in Anglo-Saxon Archaeology at the University of Oxford. In 2015 she completed her PhD dissertation on Early Iron Age socketed axes in Britain at the University of Central Lancashire.
Rachel E. Wilkinson is an archaeologist and numismatist and her AHRC-funded PhD examined the Iron Age metalwork object hoards from Britain (800 BC – AD 100), creating a national database for Iron Age object hoards which examined their contents, regional distribution and interaction with coin hoards.