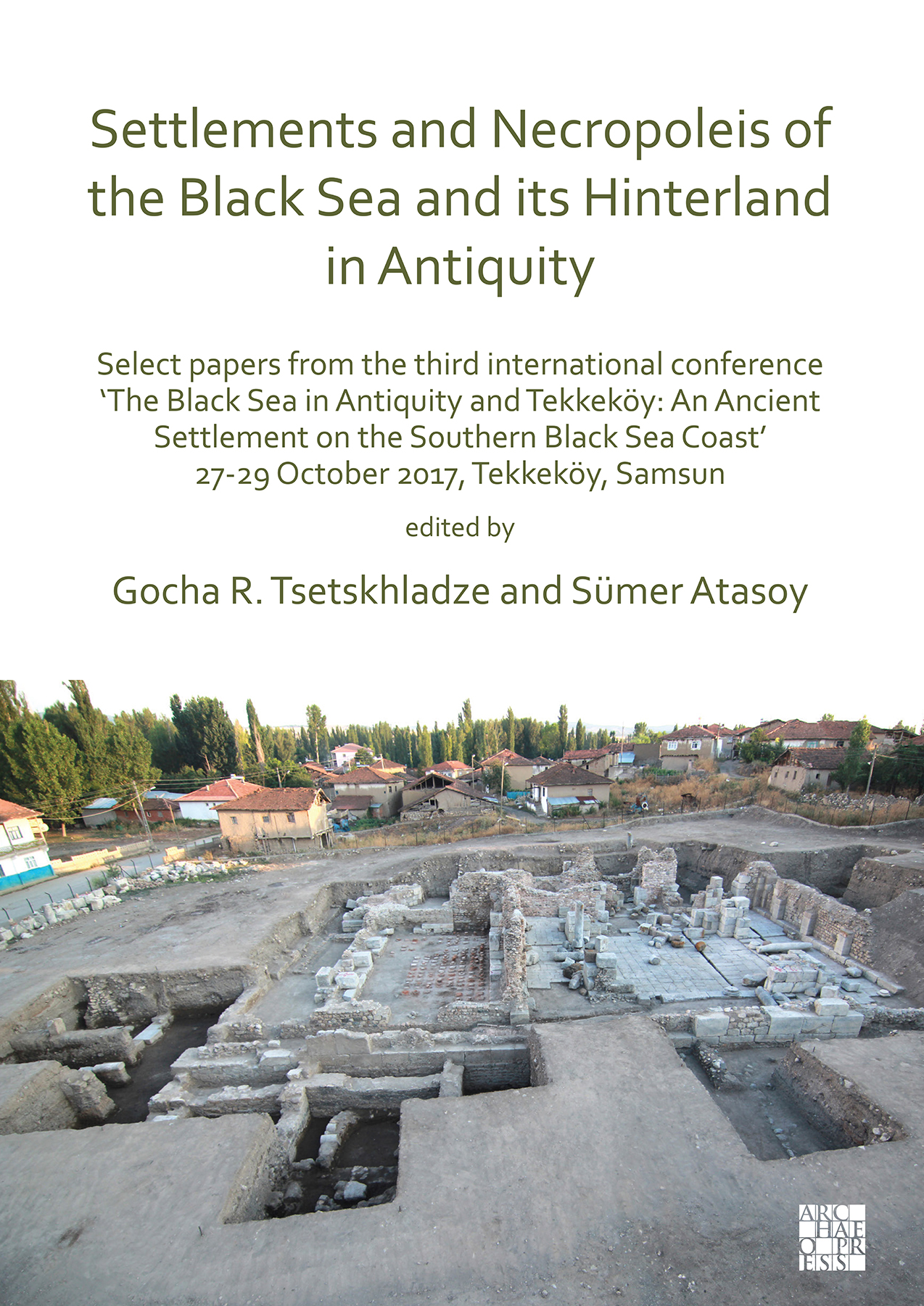 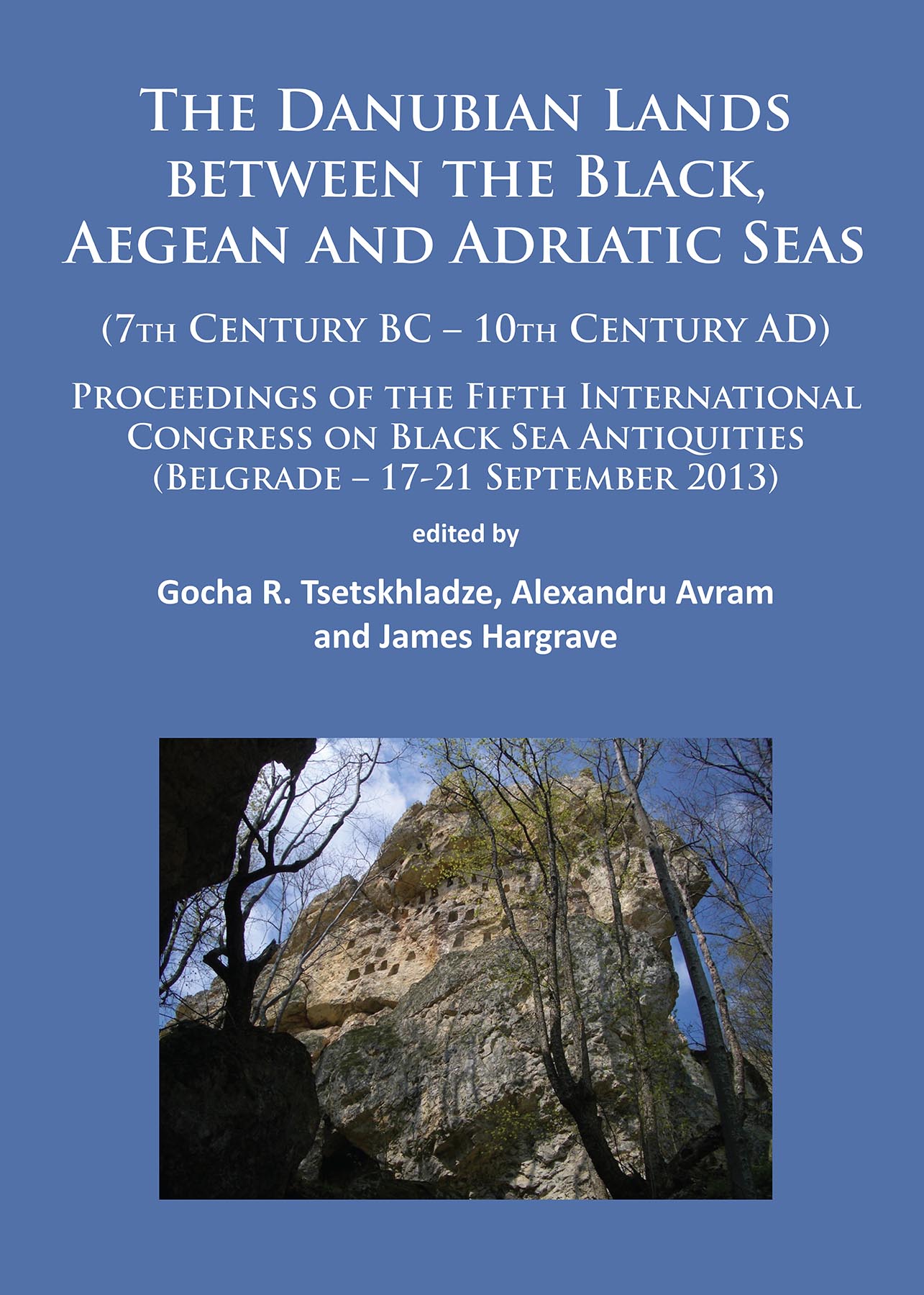 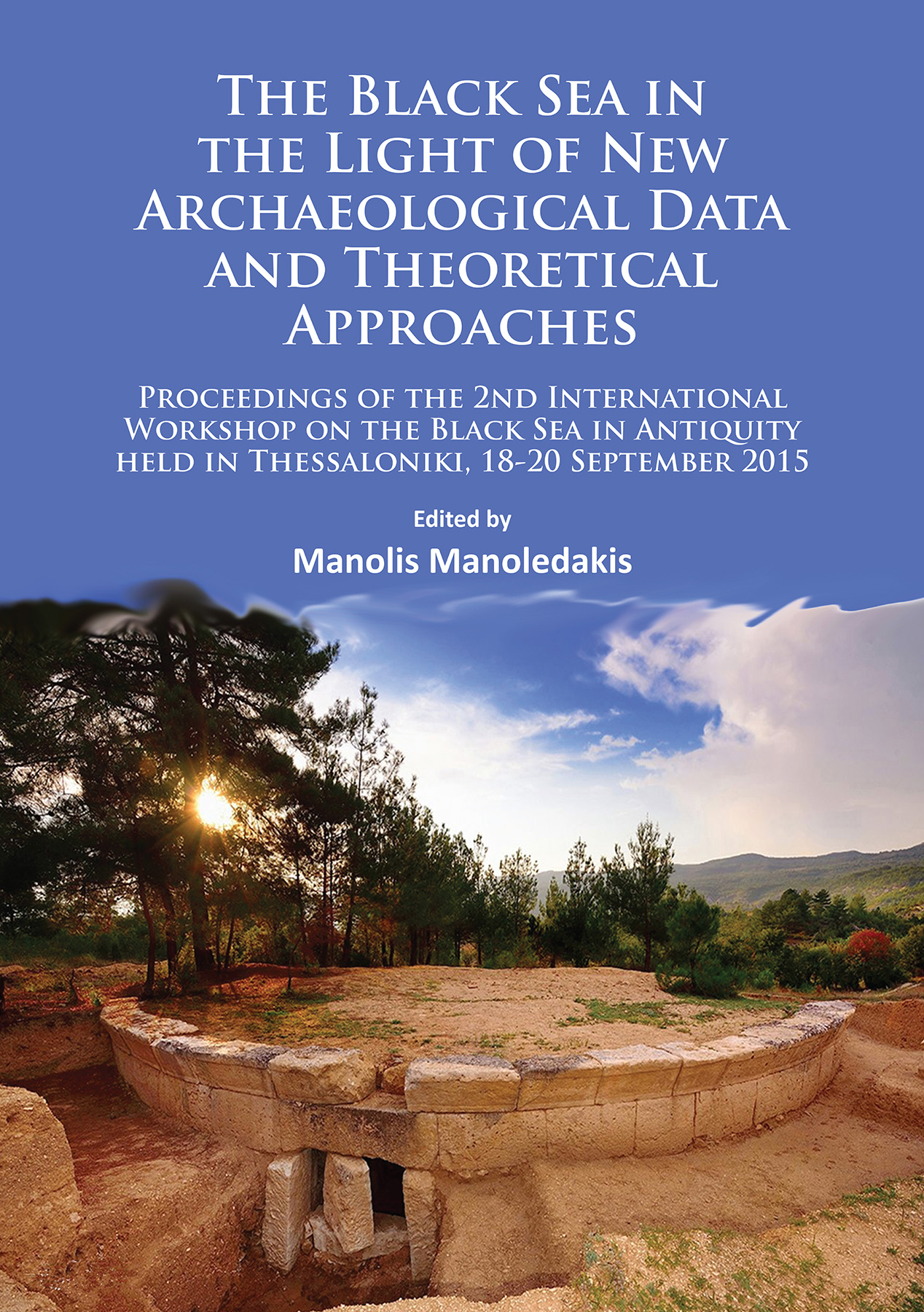 Select Papers from the Third International Conference ‘The Black Sea in Antiquity and Tekkeköy: An Ancient Settlement on the Southern Black Sea Coast’, 27-29 October 2017, Tekkeköy, Samsun

Papers in this volume cover all shores of the Black Sea and address, alongside many other topics, the establishment dates of some Greek Colonies; East Greek transport amphorae; the history of Tekkeköy; the pre-Roman economy of Myrmekion; Byzantine finds at Komana; glass bracelets from Samsun Museum; dating the Kavak Bekdemir Mosque in Samsun.

Settlements and Necropoleis of the Black Sea and its Hinterland in Antiquity contains a selection of some two dozen of the papers from an international conference held in October 2017 at Tekkeköy in Samsun, ancient Amisos, on the Turkish Black Sea coast. The archaeology sessions included presentations not only on the Tekkeköy/Samsun region but also on other parts of the Black Sea. They were presented by participants from Bulgaria, France, Georgia, Romania, Russia, Turkey and the United Kingdom. The selection offered here includes almost all of the contributions on archaeology and ancient history. The papers cover all shores of the Black Sea, studying (once again), the establishment dates of some Greek colonies, East Greek transport amphorae, the Black Sea on the Tabula Peutingeriana, the history of Tekkeköy, a Sinopean from Tomis, imports at Açic Suat (Caraburun), arrowhead and dolphin-shaped monetary signs from Berezan, the pre-Roman economy of Myrmekion, the necropolis of Porthmion, Artyushchenko-1 settlement on the Taman Peninsula, South Pontic imports at Classical sites in Ajara, recent excavations in Gonio-Apsarus, the Alaca Höyük Chalcolithic culture in coastal settlements, the Baruthan Tumuli at Amisos, iron finds from the Fatsa Cıngırt Kayası excavations, new excavations at Amastris, ancient Sebastopolis, politics and diplomacy in Paphlagonia, the Great Göztepe tumulus in Paphlagonia, Amasya-Oluz Höyük, the Iron Age sites of Zile district, Byzantine finds at Komana, glass bracelets from Samsun Museum, and dating the Kavak Bekdemir Mosque in Samsun.

Preface ;
Once again about the Establishment Date of Some Greek Colonies around the Black Sea – by Gocha R. Tsetskhladze ;
The Black Sea on the Tabula Peutingeriana – by A.V. Podossinov ;
Archaic East Greek Transport Amphorae: Secure Advances and Muddles. An Assessment – by Pierre Dupont ;
WESTERN BLACK SEA ;
Tekkekoy: Land of Legends from Past to the Future – by Sümer Atasoy ;
An Epigram for a Sinopean from Tomis – by Alexandru Avram ;
Late Classical-Hellenistic Imports at Açic Suat (Caraburun) (4th-3rd Century BC) – by Vasilica Lungu ;
NORTHERN BLACK SEA ;
The Chronology of Arrowhead and Dolphin-Shaped Monetary Signs from Berezan – by Dmitry Chistov ;
Essay on the Economy of Myrmekion in Pre-Roman Times – by Alexander Butyagin and Alexei Kasparov ;
The Necropolis of Porthmion (from the Excavations of 2004-2013) – by M.Y. Vakhtina and P.G. Stolyarenko ;
Artyushchenko-1 Settlement on the Taman Peninsula (6th Century BC-4th Century AD) – by Yurii A. Vinogradov ;
EASTERN BLACK SEA ;
The Southern Pontic Import Discovered at Classical Period Sites in Ajara – by Amiran Kakhidze and Emzar Kakhidze ;
A Brief Report on the Archaeological Excavations in Gonio-Apsarus, 2014-2017 – by Shota Mamuladze and Kakhaber Kamadadze ;
SOUTHERN BLACK SEA ;
The Traces of the Chalcolithic Culture of Alaca Höyük in the Coastal Settlements of the Central Black Sea Region of Turkey – by Hulya Çaliskan Akgül ;
The Baruthane Tumuli at Amisos/Samsun – by Sümer Atasoy ;
Evaluations of Iron Finds from the Fatsa Cingirt Kayasi Excavations – by Ayse Fatma Erol and Ertaç Yildirim ;
New Archaeological Expeditions in the Ancient City of Amastris – by Fatma Bagdatli Çam, Ali Bora and Handan Bilici Altunkayalier ;
The Ancient City of Sebastopolis in the Light of Archaeological Data and Inscriptions – by Sengül Dilek Ful ;
Politics and Diplomacy in Paphlagonia – by Manolis Manoledakis ;
A Great Tumulus from Paphlagonia – by Sahin Yildirim ;
The Land of Sacred Fire: Amasya – Oluz Höyük – by Sevket Dönmez ;
An Overview of Iron Age Sites of Zile District – by Mehmet Özsait and Nesrin Özsait ;
Evaluation of the Recent Finds at Komana from the Early and Middle Byzantine Period – by Mustafa Nuri Tatbul and D. Burcu Erciyas ;
A Group of Glass Bracelets from Samsun Museum – by Akin Temür and Özkan Özbilgin ;
Some Observations on the Dating of the Kavak Bekdemir Mosque in Samsun – by E. Emine Naza Dönmez

Prof. Gocha Tsetskhladze (PhD Moscow, DPhil Oxford) is a classical archaeologist who specializes in ancient Greek colonisation and the archaeology of the Mediterranean, the Black Sea, Caucasia, Anatolia, and Central and Eastern Europe in the 1st millennium BC. For more than 20 years he has excavated several Greek colonial sites around the Black Sea (in Georgia, Russia, and the Ukraine). He is currently affiliated with the University of Nottingham, as well as the International Hellenic University in Thessaloniki and the University of Bucharest.
Prof. Emeritus Sümer Atasoy (PhD Istanbul) is a classical archaeologist and a specialist in museum studies and cultural heritage. He has excavated many sites in Anatolia, including Amisos/Samsun, one of the principal Greek colonies on the southern Black Sea coast. For more than ten years he has been director of excavations at Tios, the only Greek colony in the southern Black Sea not to have been overbuilt.