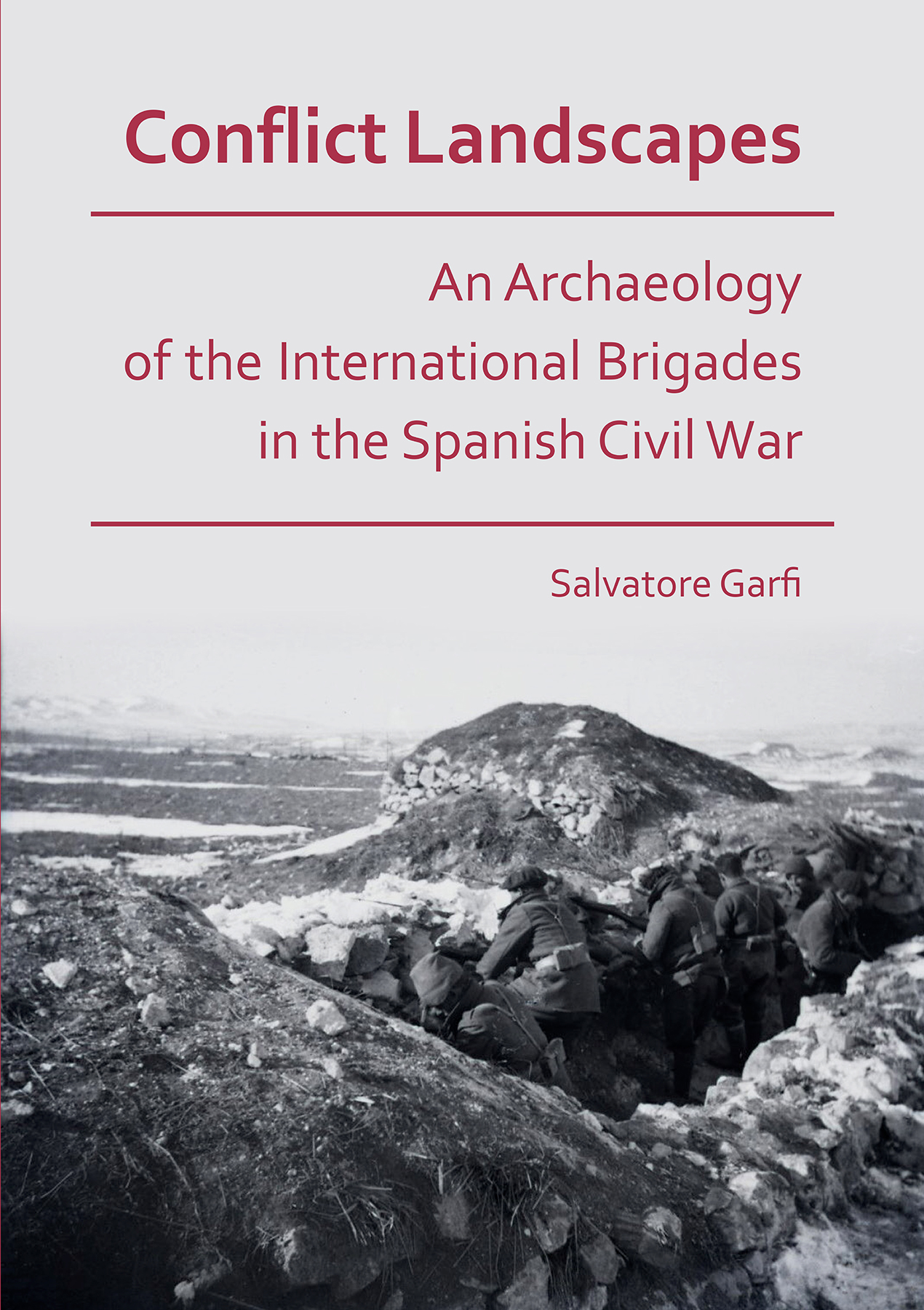 Conflict Landscapes: An Archaeology of the International Brigades in the Spanish Civil War

This volume is an archaeological exploration of the conflict landscapes encountered by volunteers of the International Brigades in the Spanish Civil War (1936-39). This research draws, not only on the techniques of landscape archaeology, but also on the writings of international volunteers in Spain – in particular, George Orwell.

This book is an archaeological exploration of a conflict landscape encountered by the volunteers of the International Brigades in the Spanish Civil War of 1936-39. A great deal is known about the Brigades in terms of inter-world war geopolitics, their history and make-up, but less is known about the materiality of the landscapes in which they lived, fought, and died.
The Spanish Civil War was a relatively static conflict. As in the First World War, it consisted of entrenched Republican government lines facing similarly entrenched Nationalist (rebel) lines, and these ran north to south across Spain. Fighting was intermittent, so the front line soldiers had to settle in, and make what was an attritional war-scape, a place to live in and survive. This research examines one such war-scape as a place of ‘settlement’, where soldiers lived their daily lives as well as confronting the rigours of war – and these were the volunteers of the International Brigades, both foreign and Spanish, who occupied a section of lines southeast of Zaragoza in Aragón in 1937 and 1938.
This research draws, not only on the techniques of landscape archaeology, but also on the writings of international volunteers in Spain – in particular, George Orwell – and it incorporates historical photography as a uniquely analytical, archaeological resource.

Salvatore Garfi has been a professional archaeologist since 1974, working on a range of projects from the prehistoric to the contemporary. Besides working in Britain, he has worked in Egypt, Southern Arabia, and elsewhere in the Middle East. Since 2010, he has specialised in the archaeology of modern conflict, and his doctoral research was on the late 20th Century conflict in Western Sahara. He was a post-doctoral Leverhulme Fellow in the School of Cultures, Languages and Area Studies, University of Nottingham (2015-2018), and co-founder of the International Brigades Archaeological Project (IBAP), which ran from 2014 to 2015.

'Salvatore Garfi's book is one of the most compelling accounts by far of a bloody 20th-century conflict. It provides the reader with an all-important historic context to the war, and records the archaeology associated with the trench positions of the International Brigades and Republican forces, where both civilians and combatants bore the brunt of the evils of civil war.' – George Nash (2020): Current World Archaeology #99

'This is an expert, informative, and often intriguing investigation of a historically recent battle-zone landscape by an archaeologist whose innovatory approach deploys photographs, maps, and historical (and literary) background context to make a powerful contribution to modern conflict archaeology.' – Nicholas Saunders (2020): Military History Matters, Issue 116

'Garfi’s volume is novel and challenges the traditional presentation of war as a grand narrative, exploring instead the harsh and visceral experience of a war lived on the battlefield.' – Claire Nesbitt (2020): Antiquity Vol. 94

'... this volume is an essential contribution to archaeology studies of the Spanish Civil War... Garfi’s application of nonintrusive archaeological survey techniques is praiseworthy, and the multiplicity of the sources used, beyond the fieldwork, makes this volume pertinent for anyone interested in the history of the Spanish conflict of 1936–1939.' – Luis Antonio Ruiz Casero (2020): Historical Archaeology, Volume 54

'In conclusion, Garfi's monograph is a remarkable work detailing a war zone that has been neglected by scholars until now. Although it represents a valid case study on Spain, it also perfectly fits into the wider discipline of combat and landscape archaeology. The variety of sources used by Garfi (including survey data, literary sources, and archival records), supported by rigorous methodology, are points of strength in this book, which makes a valuable contribution to the field of European archaeology. – Antonino Crisa (2022): Landscape Journal Volume 40 #1