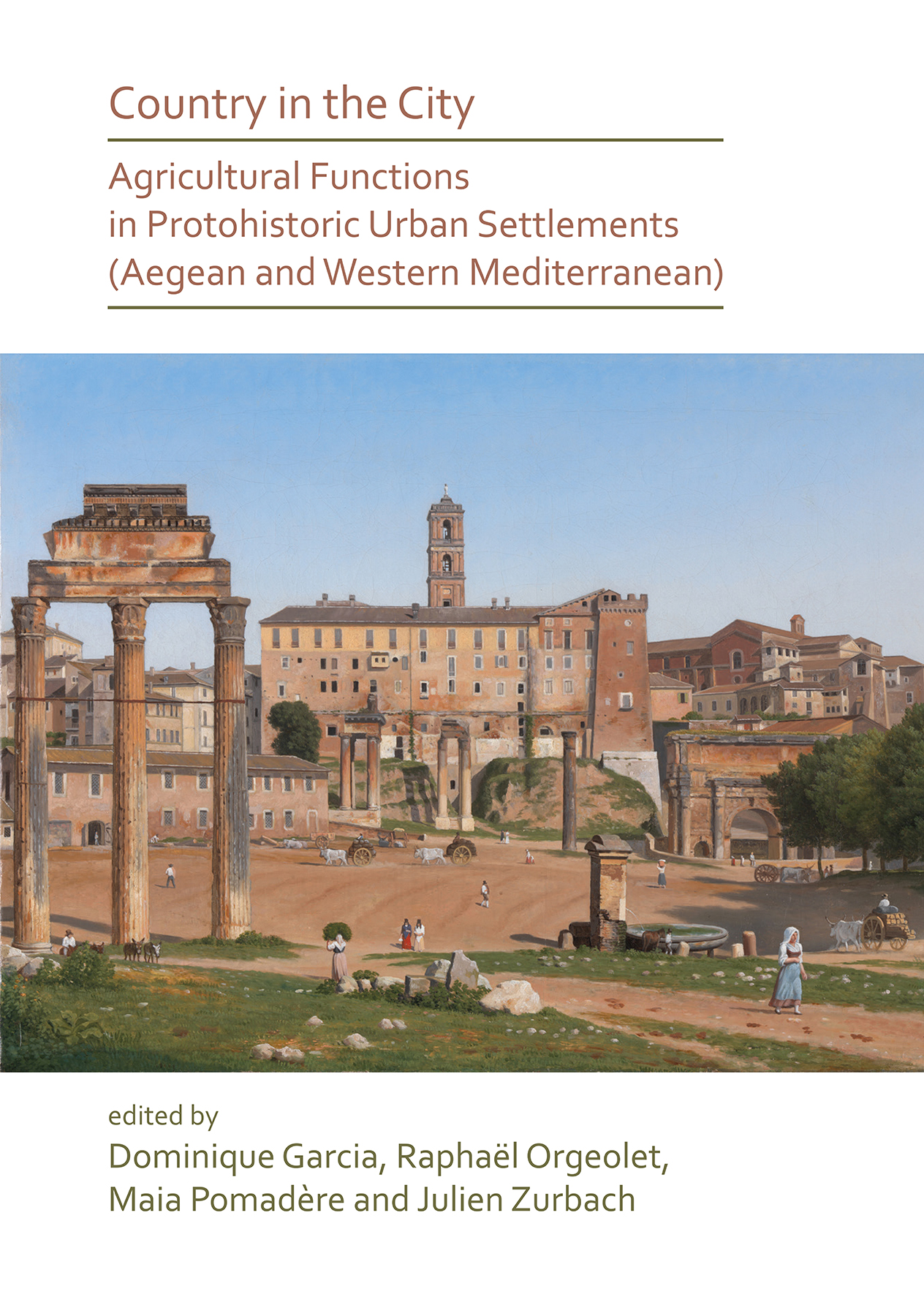 Illustrated throughout in colour and black & white (32 plates in colour)

This volume assembles contributions on the place of agricultural production in the context of the urbanization of Late Bronze and Early Iron Age Mediterranean, concentrating on the second-millennium Aegean and the protohistoric north-western Mediterranean.

The existence of an opposition between rural and urban spaces is an important question for our societies, and one that has been posed since the radical transformations of the 20th century and the so-called ‘end of the peasants’. In this context it becomes also a question for archaeologists and historians. This book assembles contributions on the place of agricultural production in the context of urbanization in the Late Bronze and Early Iron Age Mediterranean. The contributions concentrate on the second-millennium Aegean and the protohistoric northwestern Mediterranean. They offer a reflection on the nature of urbanization and its consequences for rural spaces near cities and on the many ways in which rural spaces and agricultural activities may be intertwined with urban spaces – a reconsideration of the very nature of urbanism. A deliberate accent is laid on the comparative perspectives between different regions and periods of Mediterranean protohistory, and on the integration of all kinds of sources and research methods, from texts to survey to environmental archaeology. Highlighted throughout are the original paths followed in the Peloponnese or in the Troad with regard to the Minoan model of urbanization, and the many aspects and periods of Minoan urbanization (as in development in Languedoc vis-à-vis Catalonia). Thus a new perspective on Mediterranean urbanization is offered.

Introduction – by Raphaël Orgeolet; Elites and Farmers in Iberian Iron Age Cities (6th-2nd Centuries BC): Storage and Processing of Agricultural Products – by Natàlia Alonso and Guillem Pérez-Jordà; Are There Farmers in Lattara (lattes, France) During the Iron Age? Plant Resources Acquirement and Management Between the 5th and the 1st Centuries BC – by Núria Rovira and Natàlia Alonso; The Neglected ‘Fields’ of Proto-urban Living: A View from Bronze Age Crete – by Kostis S. Christakis; The Management of Agricultural Resources in the Minoan Town of Malia (Crete). Palace, Town and Countryside from the Middle Bronze Age to the Early Late Bronze Age – by Maria Emanuela Alberti, Sylvie Müller Celka and Maia Pomadère; Akrotiri, Thera: Glimpses of the countryside as seen through the archaeological and bioarchaeological data. Whispers of a dialogue – by Anaya Sarpaki; Feeding Knossos: Exploring Economic and Logistical Implications of Urbanism on Prehistoric Crete – by Todd Whitelaw; Beyond City and Country at Mycenae: Urban And Rural Practices in a Subsistence Landscape – by Lynne A. Kvapil, Jacqueline S. Meier, Gypsy C. Price and Kim S. Shelton; Agricultural Self-Sufficiency and Mycenaean Kalamianos on the Saronic Gulf – by Daniel J. Pullen; Farming Practice and Land Management at Knossos, Crete: New Insights from δ13C and δ15N Analysis of Neolithic and Bronze Age Crop Remains – by E. K. Nitsch, G. Jones, A. Sarpaki, M. M. Hald and A. Bogaard; Economy and Storage Strategies at Troy – by D. Thumm-Doğrayan, P. Pavúk and M. Pieniążek; The Country in and Around the City: Looking Back and Forward – by D. Garcia and J. Zurbach

DOMINIQUE GARCIA is Professor of Archaeology at the University of Aix-Marseille and, since 2014, has been president of the lnstitut national de recherches archéologiques préventives (National Institute of Preventive Archaeological Research). | RAPHAEL ORGEOLET is Senior Lecturer in Mediterranean Bronze Age Archaeology at Aix-Marseille University. His main research interests focus on habitat, funeral practices and society. He has participated in various archaeological projects in the Mediterranean and especially in the Aegean and is now leading the excavations of the Neolithic and Bronze Age site of Kirrha in Mainland Greece. | MAIA POMADERE is a Senior Lecturer in Aegean Archaeology at the University of Paris 1-Panthéon Sorbonne and member of the UMR 7041-ArScAn. Her research interests encompass Aegean Bronze Age and Early Iron Age archaeology, especially architecture and funerary practices. She has been directing an archaeological excavation in the Minoan town of Malia in Crete since 2005, and is co-directing a geoarchaeological project on the same site. | JULIEN ZURBACH is Senior Lecturer in Greek history at the ENS Paris. He is working on agricultural practices, land distribution and workforce in the Aegean world from the Late Bronze Age to the Archaic period. He concentrates particularly on Mycenaean epigraphy and has led field projects in Kirrha (Phocis) and Miletus (Ionia).

‘In sum, the collected papers show in a very convincing and detailed way the complexity of primary food production in the context of early urbanization and the entanglement of city and countryside, even in situations in which we might tend to think that the major raison d’être of an urban configuration was trade and commerce as in the case of coastal settlements, in this volume represented by the very interesting paper on the on-going investigations at Kalamianos on the Saronic Gulf by Daniel Pullen et al. within the ambit of Mycenae and the already mentioned paper on Iron Age Lattara.’ – Peter A. J. Attema (2022): Gnomon Bd. 94, 2022