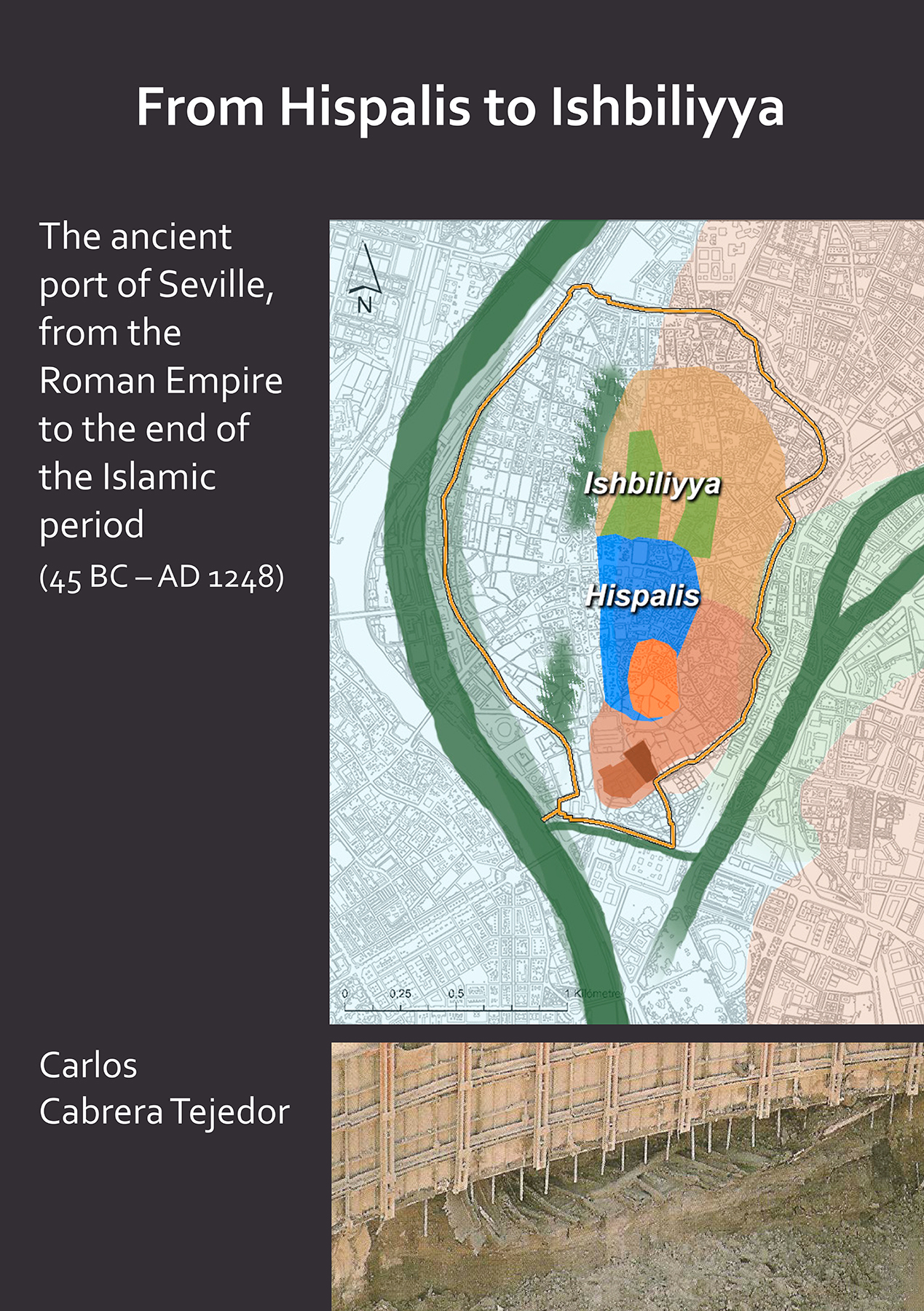 From Hispalis to Ishbiliyya: The Ancient Port of Seville, from the Roman Empire to the End of the Islamic Period (45 BC - AD 1248)

This monograph focuses on the history and development of the topography, layout, and facilities of the ancient port of Seville, located in the lower Guadalquivir River Basin, between the 1st century BC and the 13th century AD. Until now, despite its commercial importance, little has been known about the port’s exact position, layout and facilities.

From Hispalis to Ishbiliyya: The ancient port of Seville, from the Roman Empire to the end of the Islamic period (45 BC - AD 1248) focuses on the history and development of the ancient port of Seville, which is located in the lower Guadalquivir River Basin, Spain. This unique study is important because, despite its commercial importance, little has been known about the port, and so the purpose was to examine the topography, layout, and facilities of the ancient port of Seville, their history and development from approximately the 1st c. BC to about the 13th c. AD. This longue durée study was conducted adopting a holistic and interdisciplinary approach by examining a diverse range of information (historical, archaeological and scientific), a maritime archaeological perspective as well as a diachronic study of three different historical periods (Roman, Late Antique, Islamic). As a result, it has been possible to offer a description of the construction, development, and demise of the port. The study was one of the first comprehensive studies of an ancient port in Spain and one of the first to be conducted in a combined holistic and diachronic manner in Europe. This methodology has produced significant results not obtained with other simpler approaches, thus serving as a model for studies of other archaeological sites, especially those in relation with maritime or riverine culture.

Carlos Cabrera Tejedor is a maritime archaeologist with a diverse and multi-disciplinary background and an interest in shipbuilding and ports. He started as a conservator, completing two bachelor’s degrees, one in Fine Arts Restoration and the other in Archaeological Conservation. He also completed a Master of Arts degree in Nautical Archaeology from Texas A&M University, worked as a project director and research associate at the Institute of Nautical Archaeology (INA), and a received a DPhil in Archaeology at the University of Oxford. Regarding the study of ancient ships, Dr Cabrera conducted the study of the Mazarrón 1 shipwreck, a 7th century BC Phoenician boat excavated in Spain that constitutes the only known example of hull-remains from that century. He also completed a post-doctoral research study, at the University of Oxford, on the hull of Ship 11, a 5th – 4th century BC ritual vessel excavated in the Grand Canal of Thonis-Heracleion (Egypt) associated with the Mysteries of Osiris and his Temple. Included among Dr Cabrera’s on-going international collaborations is a project with the Soprintendenza Archeologia, Belle Arte e Paesaggio per le Province di Pisa, where he is responsible for studying and publishing the naval architecture of a number of Roman vessels excavated at the Pisa-San Rossore train station, Pisa (Italy).

‘This work is relevant for understanding not only the evolution of the city of Seville and its maritime role and infrastructures, but also is a magnificent example of an approach to the study of ports from a multidisciplinary collaboration. This book clearly shows the complexity of port-site studies, and so highlights the need to expand these types of work to other port sites of equal relevance along the western Mediterranean with such a maritime cultural landscape approach.’ – Enrique Aragon (2021): International Journal of Nautical Archaeology, DOI: 10.1080/10572414.2021.1942728

‘However, given the range of sources, approaches, and types of evidence mustered to build this study, From Hispalis to Ishbiliyya seems certain to become a standard point of reference for future studies of ancient and Medieval Seville—both the port and the city as a whole.’ – Daniel Osland (2020): Bryn Mawr Classical Review