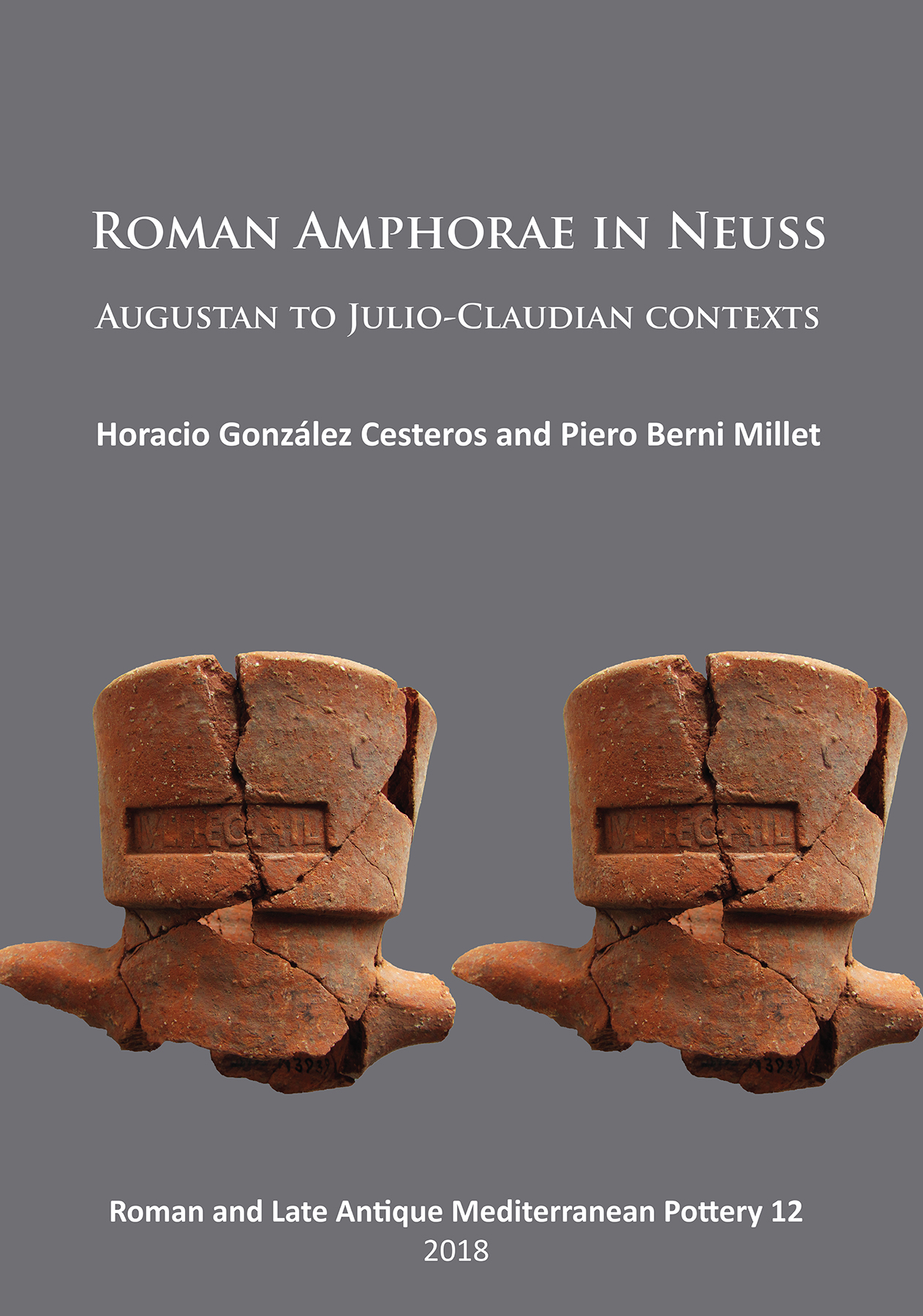 The occupation of the territories on both sides of the Rhine was an enormous logistical challenge for the Roman military administration. This book provides an in-depth study of the amphorae from Neuss, providing further understanding of the local area and the logistics of the Roman army and its supply from very distant areas.

The occupation of the territories on both sides of the Rhine was an enormous logistical challenge for the Roman military administration. In the last two decades of the first century BC, several territories were conquered or partially occupied by the Roman legions, establishing a large number of military camps around the Rhine and its important eastern tributaries. Most of these camps were occupied for short periods, depending on the march of the legions and the course of military events. In a location with good natural defences and communications with the Belgian hinterland, Neuss was one of the earliest points on the Rhine where the Roman military was positioned. The area was occupied—with some intervals—from 16 BC onwards by different legions as well as smaller units. This book provides an in-depth study of one of the most important archaeological artefacts for understanding the military supply along the German frontier: the amphorae. Deliveries arrived at the different military camps established in the intersection between Erf and Rhine from 16 BC until the Claudian principate. The study of this material is essential not only for understanding Neuss, but for further understanding of the whole Rhine and the logistics of the Roman army and its supply from very distant areas.

1. Preface; 2. Acknowledgements; 3. Introduction; 4. The amphora material already published; 5. A general assessment of the Neuss material; 6. Imports from the Iberian Peninsula; 7. Imports from the Gallic provinces; 8. Imports from Gallia Belgica and the Rhineland; 9. Eastern Mediterranean Imports; 10. Italian imports; 11. African Imports; 12. Appendix: Epigraphy ; 13. Neuss amphorae and their significance for the understanding of Roman imports on the Rhine ; 14. Future questions and contributions of the Neuss material for the understanding of the economic and social development of the north-western provinces of the Roman empire; 15. Bibliography

HORACIO GONZÁLEZ CESTEROS has a doctorate from the University of Tarragona and the Catalan Archaeological Institute. He is part of the research staff of the Austrian Archaeological Institute. His research areas are commercial and agrarian economy and social studies of the late Hellenistic, Roman and Byzantine periods. He has published several articles and edited books mainly focussing on amphora studies. He has been part of and has directed several projects in Spain, Germany, the Netherlands, Italy, Croatia, Greece and Turkey, collaborating with many different research institutions. | PIERO BERNI MILET has a doctorate from the University of Barcelona. He is linked to the research unit of the LabEx Archimède of the University of Montpellier. His research areas are social and economic studies in classical antiquity using the so-called Instrumentum Domesticum Inscriptum as the preferred tool. He has published many articles and books mainly focussing on aspects of the ownership systems and land exploitation patterns; production and consumption of food; economic interdependence between producer territories and consumer markets; and social promotion of individuals and families by trading within the Roman social structure. He has worked in many different projects in Spain, France, Germany, the Netherlands and Croatia, as part of different teams and collaborating with different research institutions.

'…they briefly tackle a very important issue: the logistics of Roman territories on the Rhine and the contribution of Neuss material to the economic and social development of the northwestern provinces of the Roman empire.'