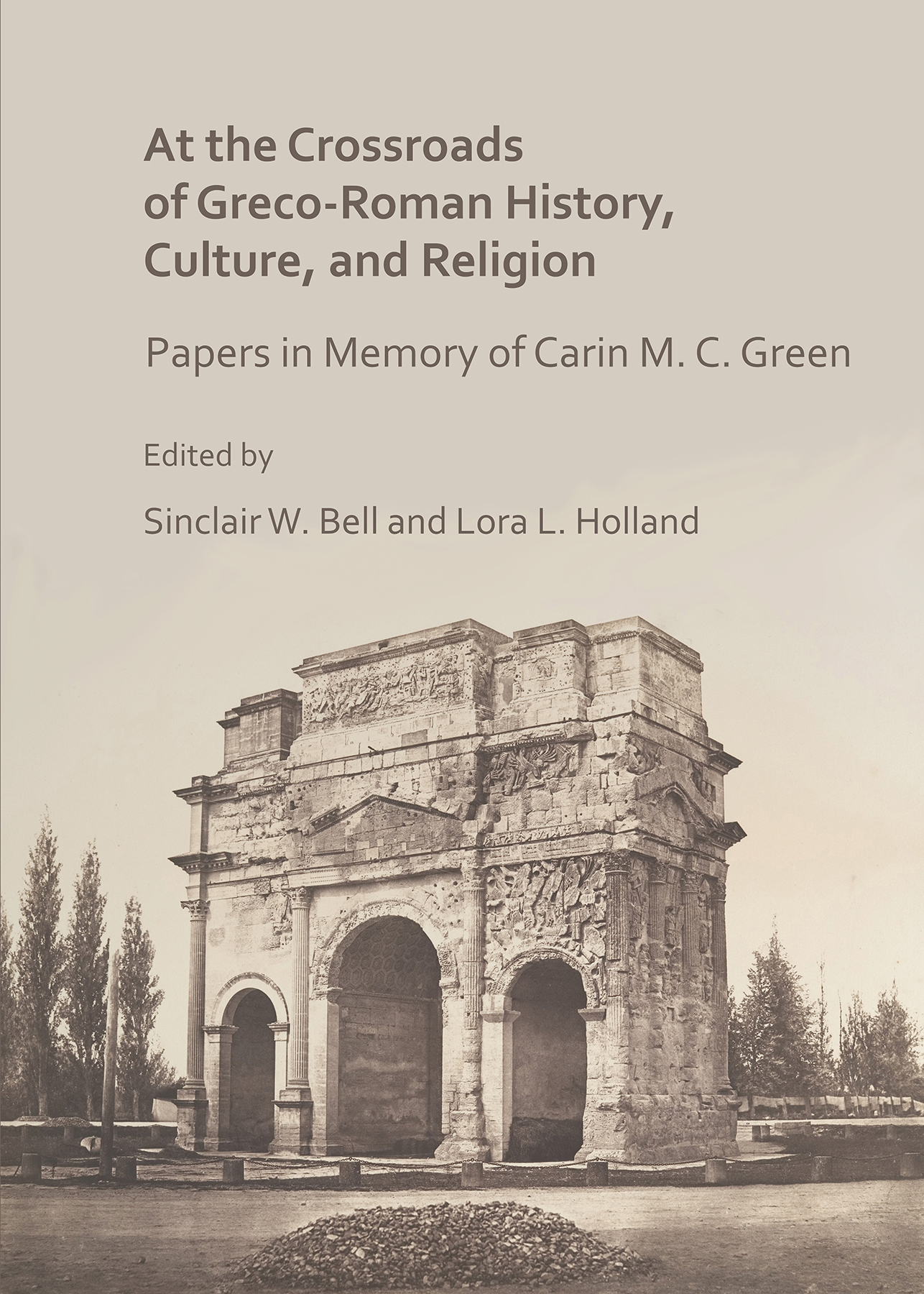 Illustrated throughout in black & white with 3 plates in colour

At the Crossroads of Greco-Roman History, Culture, and Religion

At the Crossroads of Greco-Roman History, Culture, and Religion' brings together recent research from a range of upcoming and well-established scholars to demonstrate the richness of the cross-cultural exchange of ideas around the ancient Mediterranean along with the reception of and continuing dialogues with these ideas in the medieval and modern worlds. The crossroads theme both honours the memory of our late colleague and friend Carin M. C. Green, who published an important book on the cult of Diana—one of whose aspects was Trivia, the goddess of crossroads—and emphasizes how each encounter of new topic or genre forces the reader to pause and think before proceeding down the new path. The contents are arranged accordingly under three headings: (1) Greek philosophy, history, and historiography; (2) Latin literature, history, and historiography; and (3) Greco-Roman material culture, religion, and literature. These papers also coincide in myriad ways across the three headings, tracing themes such as friendship, leadership, and the reception of ideas in the arenas of philosophy, historiography, manuscript studies, poetry, medicine, art, and war. Within this delimited framework, the volume’s diversity of topics and approaches to a range of genres in the Greco- Roman world is intended both to appeal to the general scholar with varied interests and to offer students a wide scope through which to consider those genres.

Bibliography of Works by Carin M. C. Green; Introduction – by Lora L. Holland and Sinclair W. Bell; Crossroads 1: Greek Philosophy, History, and Historiography; 1. Herakles’ Thirteenth Labor – by Svetla Slaveva-Griffin; 2. Thucydides’ Verdict on Nicias (7.86.5) and the Paradigm of Tragedy – by Frances B. Titchener and Mark L. Damen; 3. 'Men, Friends': The Sociological Mechanics of Xenophontic Leaders Winning Subordinates as Friends – by Robert Holschuh Simmons; 4. (Pre)historiography and Periegesis: Pausanias’ Description of Mycenae for a Roman Audience – by Lynne A. Kvapil; Crossroads 2: Latin Literature, History, and Historiography; 5. Catullus and the Personal Empire – by Christopher Nappa; 6. Ex opportunitate loci: Understanding Geographic Advantage (Sallust, Bellum Iugurthinum 48.1–53.8) – by Andrew Montgomery; 7. Sallust’s Allobrogian Envoys – by Kathryn Williams; 8. Horace, Satires 1.7 and the urbanissimus iocus – by John Svarlien; 9. Ovid among the Barbarians: Tristia 5.7a and 5.7b – by Helena Dettmer; 10. The Introduction of Characters in Petronius – by Martha Habash; 11. Playing the Victor: Triumphal Anxiety in Neronian Satire – by Mark Thorne; Crossroads 3: Greco-Roman Material Culture, Religion, and Literature; 12. Theocritus’ First Idyll and Vergil’s First Eclogue: Two New Translations – by Jane Wilson Joyce; 13. The Popularity of Hercules in Pre-Roman Central Italy – by Karl Galinsky; 14. Spolia as Strategy in the Early Roman Empire: Reused Statues in Augustan Rome – by Brenda Longfellow; 15. Ovid and the Legend of Capella (Fasti 5.111–128) – by John F. Miller; 16. Galen and the Culture of Dissection – by Lesley Dean-Jones; 17. Warts and All: The Paratexts in the Iowa Lucan – by Samuel J. Huskey; 18. Three Editions of Lucan’s Bellum Civile – by Mark Morford

SINCLAIR W. BELL is a classical archaeologist and art historian who teaches at Northern Illinois University. He is the co-editor of ten books, the Associate Editor of Etruscan and Italic Studies, and the author of numerous works on Etruscan and Roman art and archaeology. He is a recipient of fellowships from the American Academy in Rome, the Deutscher Akademischer Austauschdienst, and the George A. and Eliza Gardner Howard Foundation. | LORA L. HOLLAND chairs the department of Classics at the University of North Carolina at Asheville. Her main area of research is the religions of the Roman Republic but she has published on a wide range of topics, including Greek tragedy, Roman comedy, and the history of women in Roman religion. She is a former Blegen Research Fellow at Vassar College, Visiting Fellow in Greek and Roman Religion at the Center for Hellenic Studies, and Visiting Scholar at the American Academy in Rome.