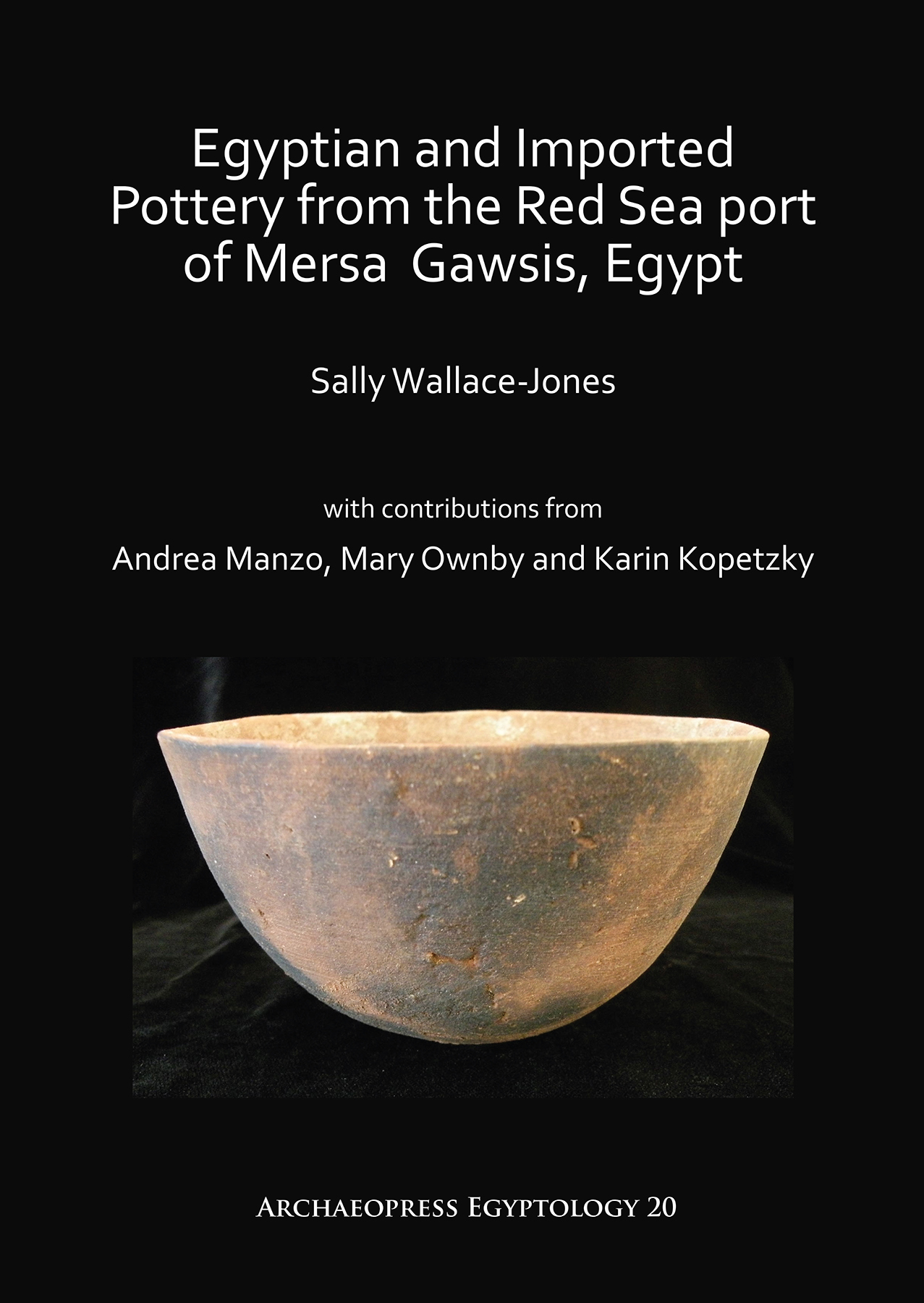 Illustrated throughout in colour and black & white (43 colour plates)

Egyptian and Imported Pottery from the Red Sea port of Mersa Gawsis, Egypt

The unique site of Mersa Gawasis was a base for seaborne trade along the Red Sea coast during the Middle Kingdom. This volume presents the site’s wide variety of ceramic material, offering also an interpretation of what pottery reveals about activities at the site.

The unique site of Mersa Gawasis was a base for seaborne trade along the Red Sea coast during the Middle Kingdom. The Egyptians’ purpose was to trade with Punt for incense and other exotic materials. There is little evidence of any permanent structures at the site apart from man-made caves in which shipping equipment was stored between expeditions. The pottery is, therefore, amongst the most significant evidence for human activity here. Vessel types include many marl C jars, but other kinds of vessels including significant foreign material also occur, some in large quantities. This variety of vessels and the careful reuse of potsherds is central to an understanding of specific and day to day domestic activities and of how the site operated. Mersa Gawasis has many vessel forms of the 12th and Early 13th dynasties. Epigraphic evidence closely dates the site, helping to confirm and underpin an understanding of vessel types and technologies within the ceramic chronology of the period. This volume presents the site’s wide variety of ceramic material, offering also an interpretation of what pottery reveals about activities at the site. The author and excavation photographer have worked together to enhance details of the text with specific photographs.

Sally Wallace-Jones was born in Norwich, and her interest in archaeology was sparked in childhood by parents who had worked in Egypt and by the Egyptian collection at Norwich Castle Museum where she assisted with the redisplay of the collection. She studied Archaeology and Classics at Manchester University and completed her PhD in the ceramics of Predynastic Egypt. Sally has excavated in many places including Hadrian’s Wall and the Frankish port of Quentovic. She studied with Janine Bourriau and worked for several seasons on the pottery from the Egypt Exploration Society’s Survey of Memphis. She has also worked on the Predynastic pottery at Diospolis Parva for Kathryn Bard’s Boston University excavations, before being asked to take on the ceramic analysis at Mersa Gawasis. She worked as a teacher until 2015 when she began to study for ordination in the Anglican Church, being awarded a BTh degree from Cambridge in 2017. Sally is now part of the clergy team at Hingham in Norfolk. In her spare time, she enjoys continued study of Ancient Egyptian culture as well as travelling, collecting pottery from her travels and playing in a woodwind chamber group. She also speaks on Egyptology to local organisations.