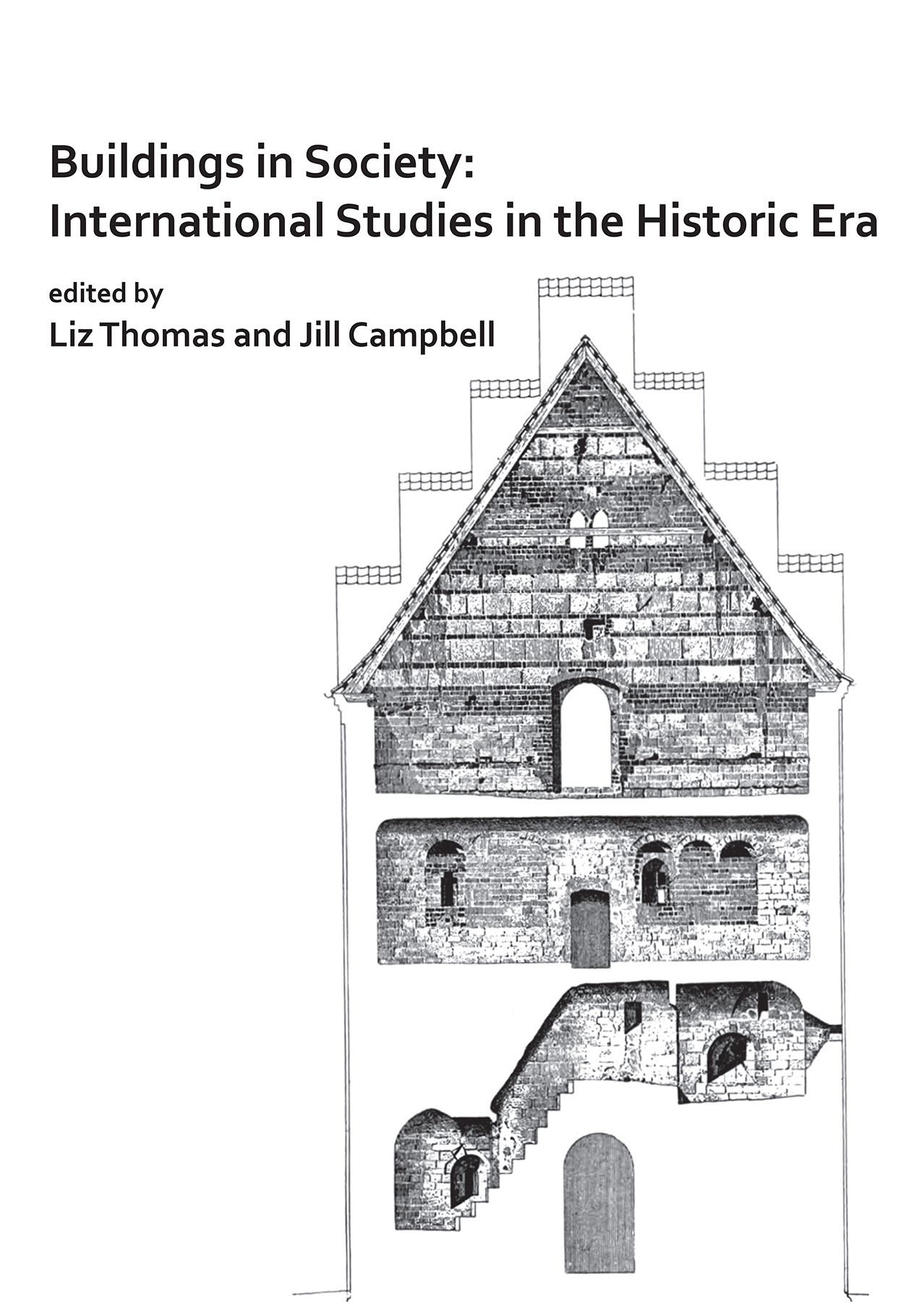 Buildings in Society: International Studies in the Historic Era

This book presents a series of papers reflecting the latest approaches to the study of buildings from the historic period. This volume does not examine buildings as architecture, rather it adopts an archaeological perspective to consider them as artefacts, reflecting the needs of those who commissioned them.

Buildings in Society: International Studies in the Historic Era presents a series of papers reflecting the latest approaches to the study of buildings from the historic period. This volume does not examine buildings as architecture, but adopts an archaeological perspective to consider them as artefacts, reflecting the needs of those who commissioned them. Studies have often failed to consider the historical contexts in which the buildings were constructed and how they were subsequently used and interpreted. The papers in this volume situate their interpretation in their social context. Buildings can inform us about past cultures as they are responsive and evolve to meet people’s needs over time.

The buildings examined in this volume range from the twelfth to the twenty-first century and cross continents including case-studies from America, Australia and Europe, the United Kingdom, Ireland, Scandinavia and the Mediterranean. Themes include: Approaches to the study of buildings, Buildings of Power, Buildings in Identity, Domestic Space and Urban and Village Spaces. The essays consider building design, role, and how the buildings were altered as their function changed to coincide with the needs and aspirations of those who owned or used the buildings. This collection of papers emphasizes the need for further international multidisciplinary approaches including archaeology, architectural history and art history in order to understand how ideas, styles, approaches and designs spread over time and space. Together, these papers generate valuable new insights into the study of buildings in the historic period.

Liz Thomas is a historical-archaeologist and heritage and cultural researcher based at the School of Natural and Built Environment, The Queen’s University of Belfast. She recently completed her British Academy Postdoctoral Fellowship, a multidisciplinary study that focused on the docklands of Belfast, Northern Ireland. She specialises in the study of institutions, in particular won policymaking, political environments and human agency. Thomas’ current research is based on Public Heritage. ;

Jill Campbell is a skilled buildings archaeologist. She has conducted fieldwork in Northern Ireland, England and Scotland and has produced architectural histories for the Northern Ireland Environment Agency. Dr Campbell has several published papers, and has contributed a chapter on medieval manor houses to the Oxford Handbook of Later Medieval Archaeology.