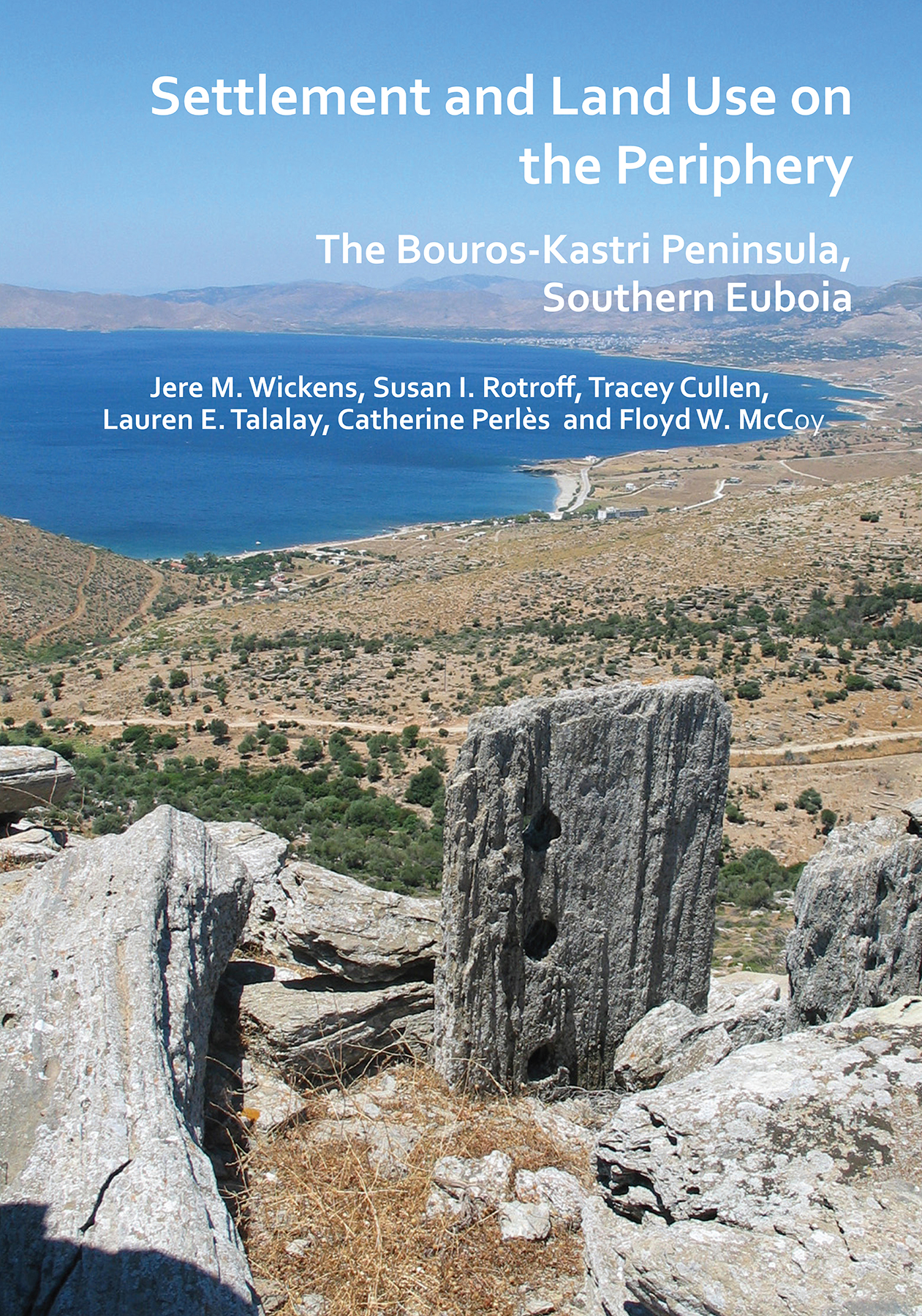 Settlement and Land Use on the Periphery

This survey by the Southern Euboea Exploration Project provides a wealth of intriguing information about fluctuations in long-term use and habitation in the Bouros-Kastri peninsula at the south-eastern tip of the Greek island of Euboia, and how the peninsula's use was connected to that of the main urban centre at Karystos.

The Bouros-Kastri peninsula at the south-eastern tip of the Greek island of Euboia has previously been overlooked in the archaeological literature. This survey by the Southern Euboea Exploration Project, conducted under the aegis of the Canadian Institute in Greece, now provides a wealth of intriguing information about fluctuations in long-term use and habitation in this part of the Karystia. While the peninsula is agriculturally poor, its coast is blessed with several small coastal inlets and one important ancient port, Geraistos. These provide access to vital maritime routes and connect the peninsula to Athens and other Aegean ports. The survey revealed modest use of the peninsula during the Neolithic and Early Bronze Age; it was then virtually abandoned for the following two and a half millennia. Occupation resumed in the Late Archaic–Early Classical period, followed by near desertion in the 3rd century BC of all but some coastal sites, a resurgence of activity in the Late Roman period, and modest use in Byzantine and Ottoman times. The authors analyse the ways in which the peninsula's use was connected to that of the main urban centre at Karystos, and how the peninsula and the greater Karystia were integrated into the political, economic, and cultural spheres of Athens and the broader region.

Jere M. Wickens, a co-director of the Southern Euboea Exploration Project, is interested in the use of rural areas and the use of caves. Outside of the Karystia, he has conducted fieldwork in Albania and Attica, Greece, where he is conducting a diachronic study of the use of caves and rock shelters. | Susan I. Rotroff has published several volumes on the Hellenistic pottery of the Athenian Agora and of Sardis, in Turkey, and is particularly interested in the use of pottery to reconstruct the activities of people of the past. She is a MacArthur Fellow and winner of the Gold Medal of the Archaeological Institute of America. | Tracey Cullen is an Aegean prehistorian who has participated in fieldwork in Greece and Cyprus, focusing on the study of early ceramics and funerary customs. She served as Associate Editor of the American Journal of Archaeology and later as Editor of Hesperia, and currently lives in northern Minnesota (USA). | Lauren E. Talalay is an Aegean prehistorian who focuses on the Neolithic period of Greece and the Mediterranean. Her research explores the use of the human body as a symbol, figurines, and gender. She also publishes on contemporary issues, particularly on the employment of archaeological and mythical images in modern advertising and political cartoons. The former Associate Director and Curator at the Kelsey Museum of Archaeology, University of Michigan, she is currently Curator Emerita and Research Associate at the Kelsey Museum. | Catherine Perlès is a specialist of Greek Prehistoric stone tools and of the Greek Neolithic. She has worked extensively on trade networks and holds an Honorary degree from Indiana University. | Floyd W. McCoy is a geoarchaeologist/geologist with research emphasis on the interaction of volcanism and climate change with ancient and modern cultures both in Hawaii and Greece. He is professor in geology, geophysics, and oceanography at the University of Hawaii.