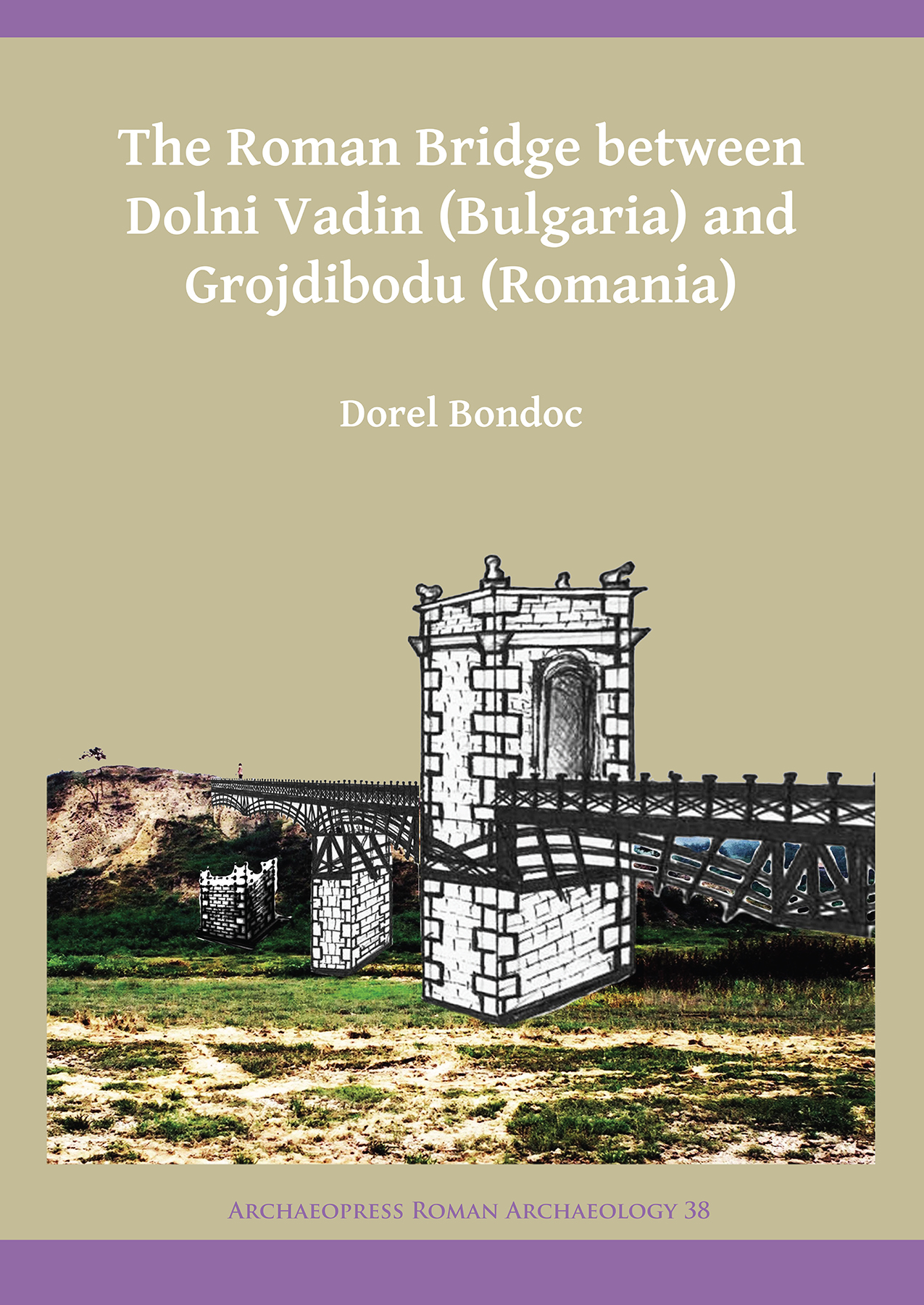 The Roman Bridge between Dolni Vadin (Bulgaria) and Grojdibodu (Romania)

This volume contains all the available data on the Roman bridge over the Danube which connected Dolni Vadin (Bulgaria) and Grojdibodu (Romania) that the author was able to access given the fact that there have been no archaeological excavations at the feet of the bridge.

The Roman Bridge between Dolni Vadin (Bulgaria) and Grojdibodu (Romania) presents all the available data on the Roman bridge over the Danube which connected Dacia and Moesia at this point. The toponyms Vadin and Grojdibodu themselves mean ‘ford’, a crossing over water, in this case over the Danube. There have been no archaeological excavations at the feet of the bridge but the author has been able to propose positioning, scale and full reconstruction on the basis of a survey of existing remains, known road alignments, old maps and drawings as well as comparison with better-known parallels. The book also includes a catalogue of small finds deriving from the area of the bridge. This bridge has been ignored for centuries primarily due to the absence of any mention of it in ancient sources, literary or otherwise. It was probably eclipsed by the fame of the bridge from Drobeta, which was constructed by Emperor Trajan between the two Dacian wars, and by the bridge from Sucidava-Oescus which was built later, in the time of Emperor Constantine the Great. Additionally, the bridge is located in a rather obscure place, hardly accessible in the modern era. This work restores this river crossing to its proper significance.

Dorel Bondoc is an expert archaeologist at the Museum of Oltenia, Craiova, Romania. He obtained a PhD in Ancient History (Roman Archaeology) from the University in Bucharest in 2004. Dorel is a director of the archaeological research projects on the sites of Cioroiu Nou, the fortress of Legio VII Claudia, and Racarii de Jos, the Roman auxiliary fort. Over time he has published many articles and studies, as well as several books.