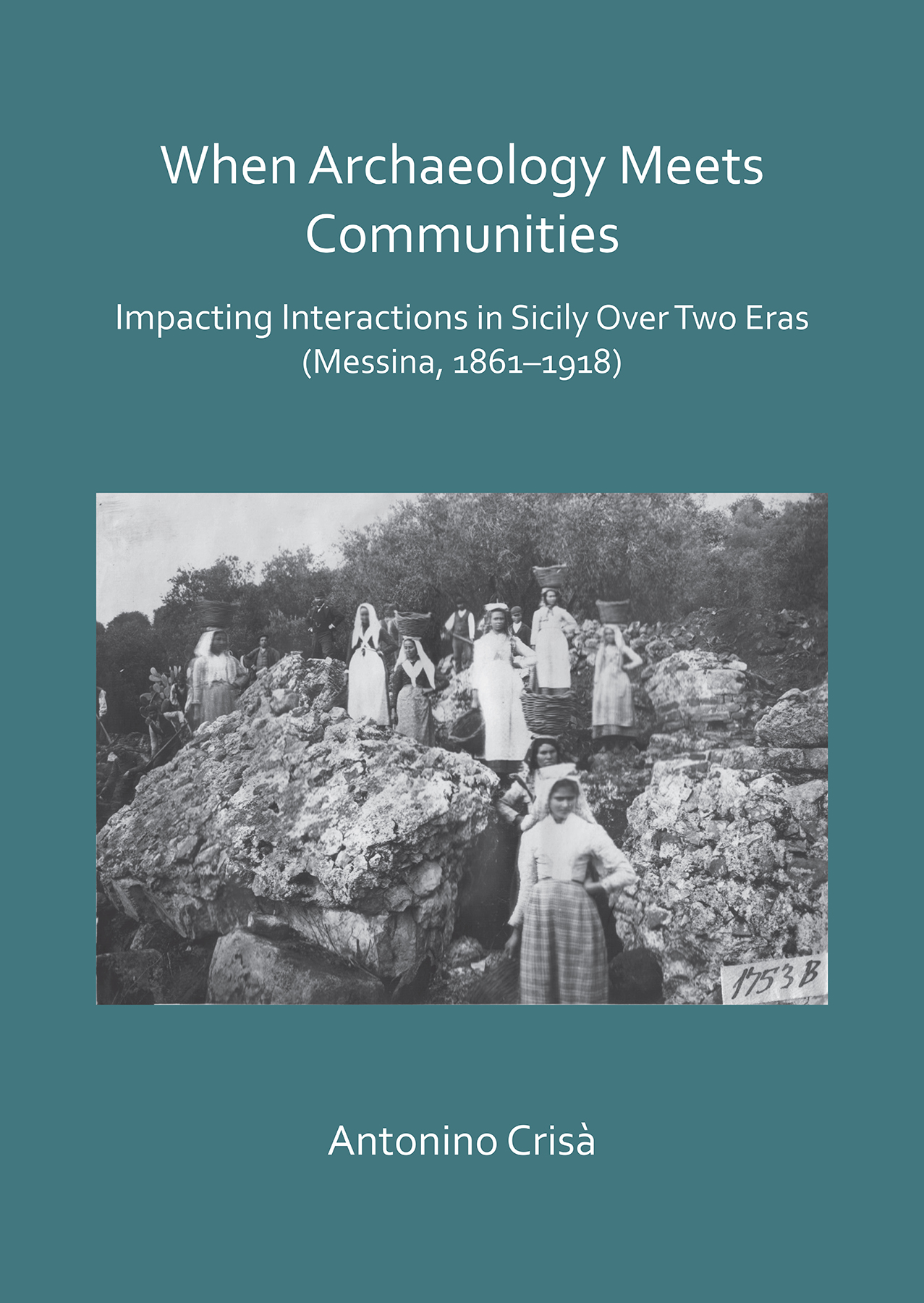 When Archaeology Meets Communities examines the history of nineteenth-century Sicilian archaeology through the archival documentation for the excavations at Tindari, Lipari and nearby minor sites in the Messina province, from Italy’s Unification to the end of the First World War (1861-1918).

When Archaeology Meets Communities' examines the history of nineteenth-century Sicilian archaeology through the archival documentation for the excavations – official and casual – at Tindari, Lipari and nearby minor sites in the Messina province from Italy’s Unification to the end of the First World War (1861-1918). The area and historical period have been fully neglected by past scholars and need in-depth investigation. The substantial evidence includes sets of approximately six hundred new records and black and white images from Italian and UK archives. The historical reconstruction, based on analysis of these records, lays the foundations for the entire volume and forms the basis from which the book develops innovative outlines on Sicilian archaeology. The structure follows this central concept. Furthermore, the volume seeks: a) to clarify relationships between the Italian Ministry of Public Education, the Museum of Palermo and local government authorities (‘3-level’ structure of interaction) and to pinpoint contacts with the contemporary social context; b) to compare archaeological research during the Kingdom of the Two Sicilies and the post-Unification period in northern Sicily in terms of methods, history of collecting, antiquities safeguarding and legislation; and c) to contextualise this work in terms of the evolution of archaeology and social change in the wider Italian and European contexts.

Acknowledgements; Preface; Introduction; Chapter 1 - Contextualising archaeology in post-Unification Italy and Sicily (1861-1918); Chapter 2 - Sites and contexts of the province of Messina through antiquarianism and archaeology; Chapter 3 - The great events: excavations, safeguarding and exports; Chapter 4 - Minor events: casual discoveries, acquisition of finds and local issues; Chapter 5 - Shaping an evolving archaeology in Sicily; Chapter 6 - Sicily and the province of Messina in context; Appendix; List of Figures

ANTONINO CRISÀ is an archaeologist, ancient historian and numismatist, and currently research fellow at the University of Warwick, Department of Classics and Ancient History. He studied at the University of Milan (BA 2004, MA 2008) and worked as a ‘Classics Teaching Assistant’ at the University of Leicester (2012-16), where he obtained his PhD in Archaeology (2015). As a field archaeologist, he has excavated in Sicily (Tindari), Sardinia (Nora), northern Italy (Milano, Calvatone, Bagnolo San Vito, Adria, Bergamo, Casale sul Sile) and Syria (Palmyra). His research explores numismatics and the history of archaeology in Sicily between the late nineteenth and early twentieth centuries (antiquarianism, coin collectors, nineteenth-century archaeological excavations, archives and museum collection). Dr Crisà has been honoured by the publication of his best numismatic papers within the Italian National Competition for Young Numismatists (Cronaca Numismatica) (2006) and Premio M. Cagiati – XV International Numismatic Congress of Taormina (Accademia Italiana di Studi Numismatici) (2015).