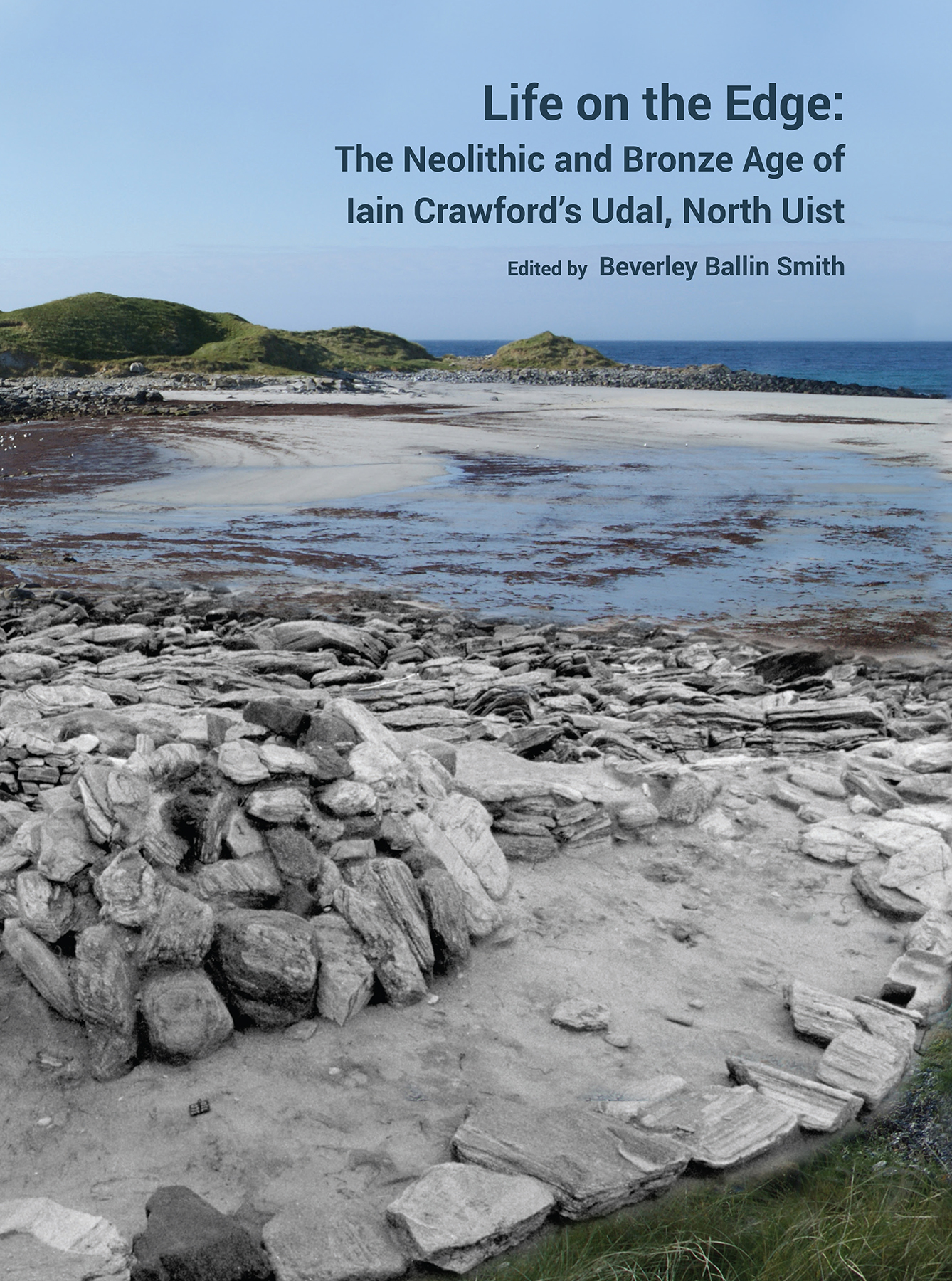 Highly illustrated in full colour throughout

Life on the Edge: The Neolithic and Bronze Age of Iain Crawford’s Udal, North Uist

The discovery of archaeological structures in North Uist in 1974 after storm damage led to the identification by Iain Crawford of a kerb cairn complex, with a cist and human remains. Six years later he went back, and over the next three years excavated another cist with human remains in its kerbed cairn, many bowl pits dug into the blown sand, and down to two late Neolithic structures and a ritual complex. He intensively studied the environmental conditions affecting the site and was among the first archaeologists in Scotland to understand the climate changes taking place at the transition between late Neolithic and the early Bronze Age. The deposition of blown sand and the start of the machair in the Western Isles, including the rise in sea-level and inundations into inhabited and farmed landscapes, are all part of the complex story of natural events and human activities. Radiocarbon dating and modern scientific analyses provide the detail of the story of periods of starvation suffered by the people that were buried on the site, of the movement away of the community, of their attempts of bringing the ‘new’ land back into cultivation, of a temporary tent-like structure, and of marking their territory by the construction of enduring monuments to the dead.

Beverley Ballin Smith took up the mantle left by Iain Crawford and has brought this first monograph on his Udal project area to publication. She has extensive experience of working on, and publishing, other large multi-period sites. She is an archaeologist who lived and worked on Orkney for many years and has first-hand experience of the archaeology of Shetland, the UK, Faroes, Denmark, Norway and Sweden, and is now based in Scotland. Beverley is the Publications Manager at GUARD Archaeology Ltd and editor of ARO (Archaeology Reports Online), with the aim of disseminating information to relevant audiences. She undertakes specialist analysis of prehistoric pottery and coarse stone tools. She has been a member of the Chartered Institute for Archaeologists for nearly all her professional life; she served on the former IfA Council, was Vice Chair for Outreach, a member of the Validation Committee and was a CIfA Board director. She is a member of the Society of Antiquaries of London and also a member of the Society of Antiquaries of Scotland, where she has been Vice President. She is currently President of Archaeology Scotland and a Research Associate at National Museums Scotland.

'...Ballin Smith and her colleagues have produced a worthy volume that answers many questions concerning the complex transition period between the Neolithic and Bronze Age within an area of the British Isles that would have been seen by late prehistoric pastoralists as the edge of the known world.' – George Nash (2019): Current Archaeology