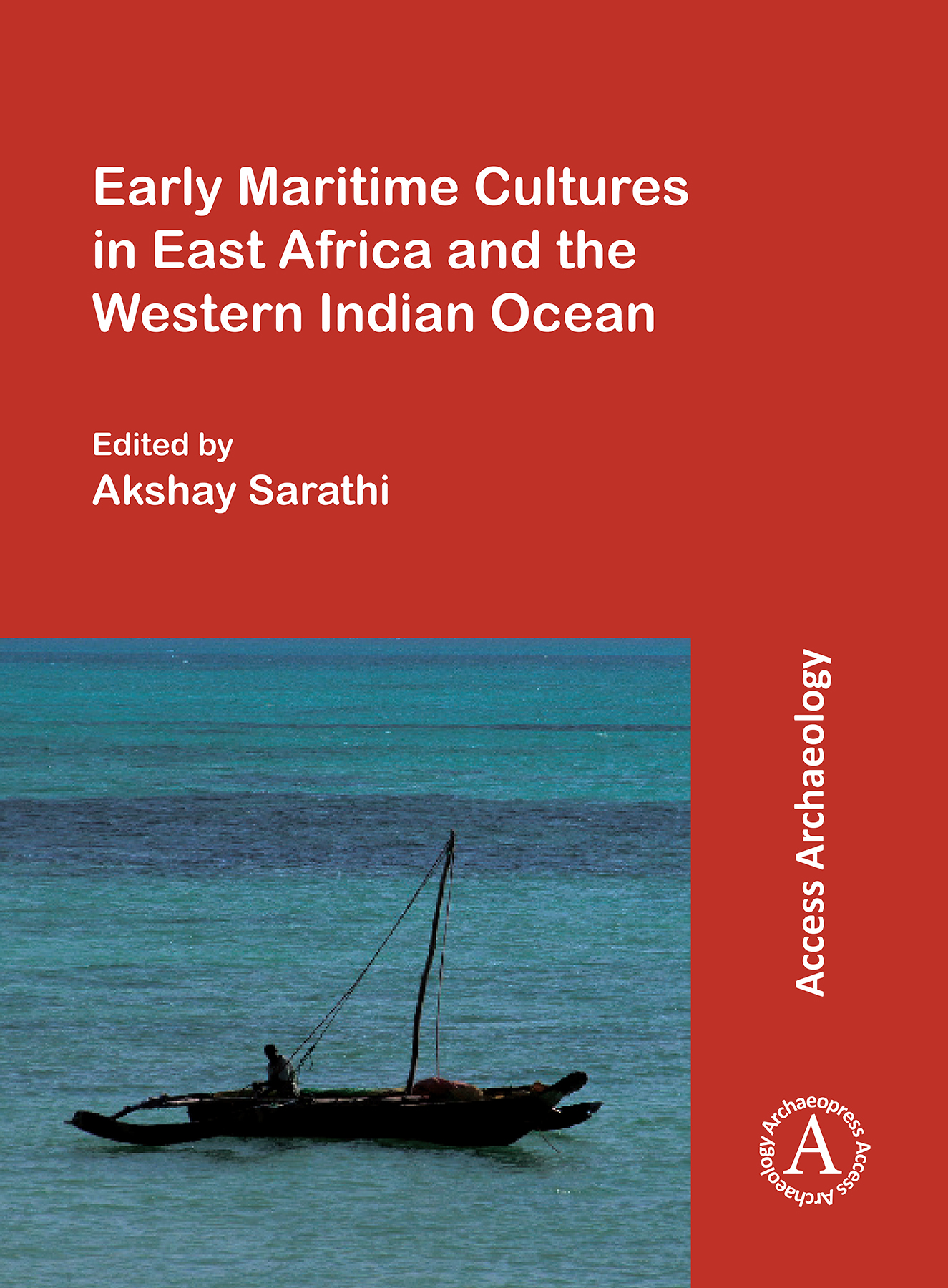 Illustrated throughout in colour and black & white (60 plates in colour)

Papers from a conference held at the University of Wisconsin-Madison (African Studies Program) 23-24 October 2015, with additional contributions

This volume represents a multi-disciplinary effort to examine East Africa and the Western Indian Ocean. Multiple lines of evidence drawn from linguistics, archaeology, history, art history, and ethnography come together in novel ways to highlight different aspects of the region’s past and offer innovative avenues for future research.

The East African coast and the Western Indian Ocean are regions of global historical significance. This volume contains papers first presented at the conference, Early Maritime Cultures of the East African Coast, held at the University of Wisconsin-Madison on October 23-24, 2015. Rather than limiting publication to the proceedings of the conference, additional contributions were solicited to expand the scope of the research presented and to place East Africa in its broader geographic and cultural contexts. The resulting volume focuses broadly on East Africa and the Western Indian Ocean and unites the papers under the general themes of movement and connection. These papers represent a multi-disciplinary effort to examine East Africa and the Western Indian Ocean. Multiple lines of evidence drawn from linguistics, archaeology, history, art history, and ethnography come together in novel ways to highlight different aspects of the region’s past and offer innovative avenues for future research. The papers cover a diverse array of topics, including but not limited to: subsistence, watercraft traditions, trade and exchange (especially concerning the Silk Routes), migration, food ways, and familial relationships. This volume is unique in that it includes some speculative research as well, intended to present novel methods to deal with data-poor topics and to start important conversations about understudied topics. The goal of this volume is to showcase aspects of the complex cultures and histories of this vast region and to emphasize its importance to world history. Ideally, it will generate scholarly and popular interest in the histories and cultures of the region and bring to the fore Africa’s and the Western Indian Ocean’s important (yet often overlooked) role in world historical narratives. It may also serve as a more advanced introduction to East Africa’s and the Western Indian Ocean’s history of interaction with other regions of the Old World and as a survey of methods used to understand the region’s past.

Prehistoric Settlements on the Red Sea Coast of Eritrea – by Amanuel Beyin and Daniella E. Bar-Yosef Mayer; Interdisciplinary Approaches to Stratifying the Peopling of Madagascar – by Roger Blench; From the Red Sea to the Indian Ocean and Beyond – by Sing C. Chew; A Tradition of Large Logboats on the Save River, South-Eastern Zimbabwe? – by Rosanne Hawarden; Ancient Connections between China and East Africa – by Chapurukha Kusimba; On the Early Maritime Silk Road between China and India – by Wensuo Liu and Yanrong Wang; Australia’s Kilwa Coins Conundrum – by Ian S. McIntosh; Asian Military and Mercantile Movements in East Africa during the Nineteenth Century, a Few Notes – by Beatrice Nicolini; Zilo and Zahula – by Harriet Joseph Ottenheimer; Traditional Indian Ocean Maritime Trade and Social Organization – by Martin Ottenheimer; Shellfish Exploitation at Kuumbi Cave, Zanzibar (c. 11kya – 20th cen. CE): A Preliminary Study – by Akshay Sarathi; Artistic Dynamics across the Seas – by Vera-Simone Schulz; Long-Distance Arab Sailing in the Indian Ocean before the Portuguese – by Marina Tolmacheva

AKSHAY SARATHI is a graduate student of Archaeology at the University of Wisconsin-Madison. His research interests include the zooarchaeology of maritime adaptations, Indian Ocean trade and exchange, and East African coastal archaeology. More specifically, his current research project focuses on the island of Zanzibar, where he has excavated the sites of Unguja Ukuu, Kizimkazi Dimbani, and Kuumbi Cave. Data from these sites will form the basis of his dissertation, which will examine how dietary preferences changed over time at each site in response to various stimuli over time. He currently resides in Madison, WI (USA) with his two feline overlords.

'Overall the book represents a useful resource for those interested in understanding the role of East Africa and the Red Sea in global networks, acknowledges the contribution of hinterland communities in the success of these exchanges, and documents how these networks can be examined from different perspectives.'

'Ultimately, the editor should be commended for pulling together a diverse and compelling collection of chapters. So, too, should Archaeopress be commended for the Access Archaeology initiative, which enables such eclectic volumes to find a publisher and a readership.'