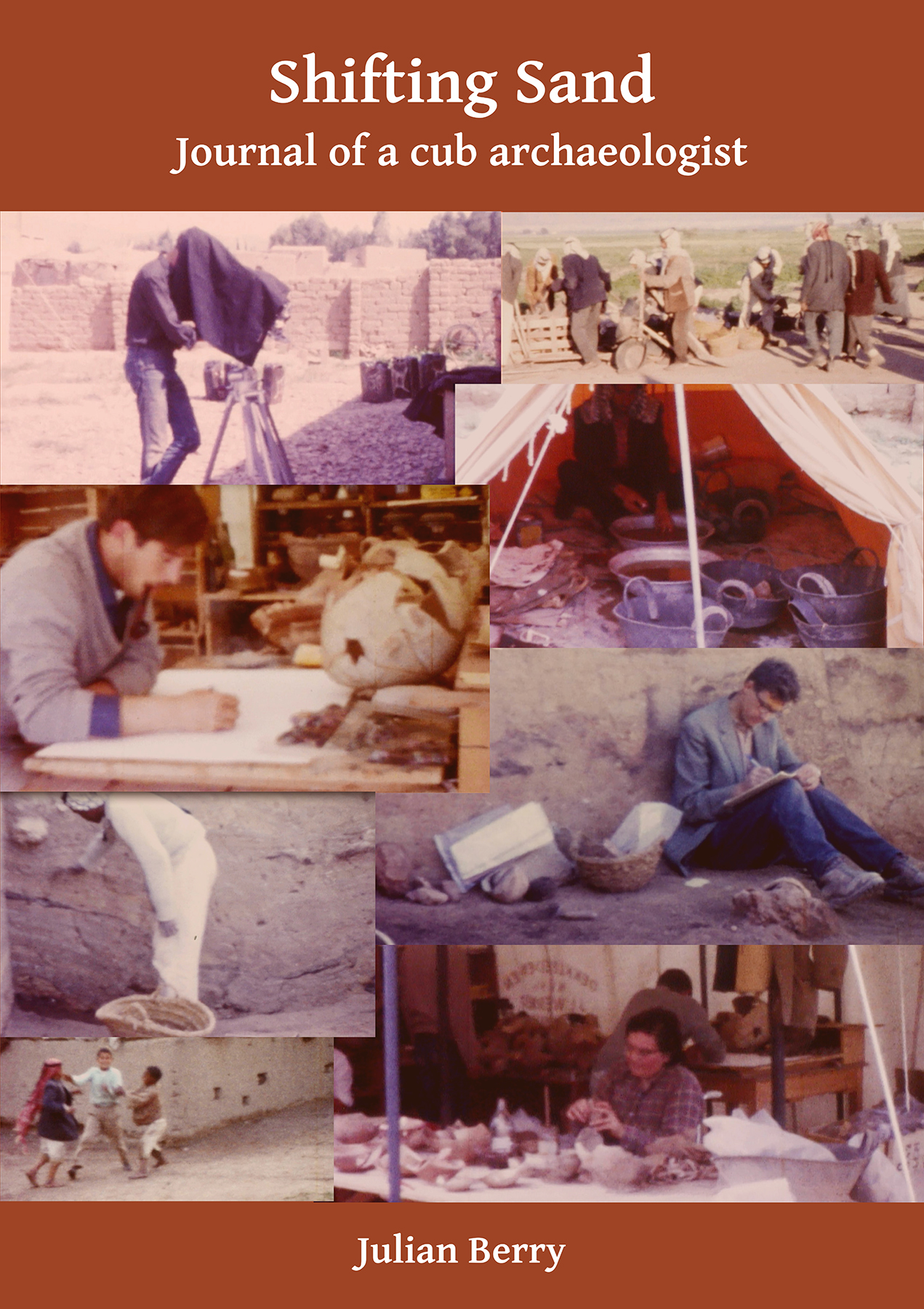 Illustrated throughout in colour and black & white (21 plates in colour)

Shifting Sand is the journal of Julian Berry, then a 17-year-old archaeologist, written on-site during excavations in Jordan, 1964. The book provides a fascinating insight into the lives of archaeologists over 50 years ago, and the very close links between the European team, the Arab workmen, and the daily life in a simple mud-brick village.

Shifting Sand is the journal of Julian Berry, then a 17-year-old archaeologist, written on-site during excavations in Deir Alla, Jordan, in 1964. The dig was organized by the University of Leiden and led by Dr Henk Franken who was looking to find a material context for Old Testament narratives, and to build a stratigraphic chronology to mark the transition from the Bronze through to the early Iron Ages based mainly around pottery finds. When the author was working on the site, three clay tablets were discovered from the late Bronze Age with early Canaanite inscriptions, that when translated in 1989 showed that Deir Alla was the Biblical Pethor, and that it had been attacked by Israelites from Pithom in Egypt. Later a wall inscription was found in Aramaic dating to 880-770BCE referencing the prophet Balaam. Berry was as much interested by what was going on above ground as below, and kept a detailed journal of the daily lives of the archaeologists and life in the camp. The dig also had many fascinating and famous archaeologists visiting, including Father Roland de Vaux, and Diana Kirkbride. During breaks from the dig Berry went on a number of journeys in Jordan, Lebanon and Syria and he describes their cities, but also the very tranquil agricultural countryside that he found at that time. He discovered adventure when a drunk taxi driver tried to murder him as he resisted his advances; later he was caught up in a revolt against Hafez al-Assad in Homs, father of Bashir, and was asked by a taxi driver if he had come to Damascus to see the public hanging. Above all this book should be read as fascinating insight into the lives of archaeologists over 50 years ago, and the very close links between the European team, the Arab workmen, and the daily life in a simple mud-brick village.

Julian Berry was born in 1946; his father was a sugar refiner and his mother an artist and interior decorator. At the age of nine he was consigned to boarding school, first to Twyford, and then to Winchester, where his father hoped he would become a fly-fisherman. In fact he developed two key interests at school, archaeology and letterpress printing. He was able to escape at the age of 17, as soon as he had learnt that he had got into Oxford, and with the help of Sir Mortimer Wheeler he signed up to join a Dutch dig in Jordan, where he arrived in January 1964. This book is about his youthful experiences as an archaeologist, and his travels at the time around Jordan, Syria, and Lebanon. After Oxford he went on to found a letterpress book printing company, The Compton Press, which produced over 500 editions before its demise in 1980 along with virtually all of the British letterpress book production industry. He went on to work in marketing and became fascinated by the use of ‘data science’ as we now call it to predict human behaviour. This led to his founding a company that develops software solutions for marketers, where he is currently employed.