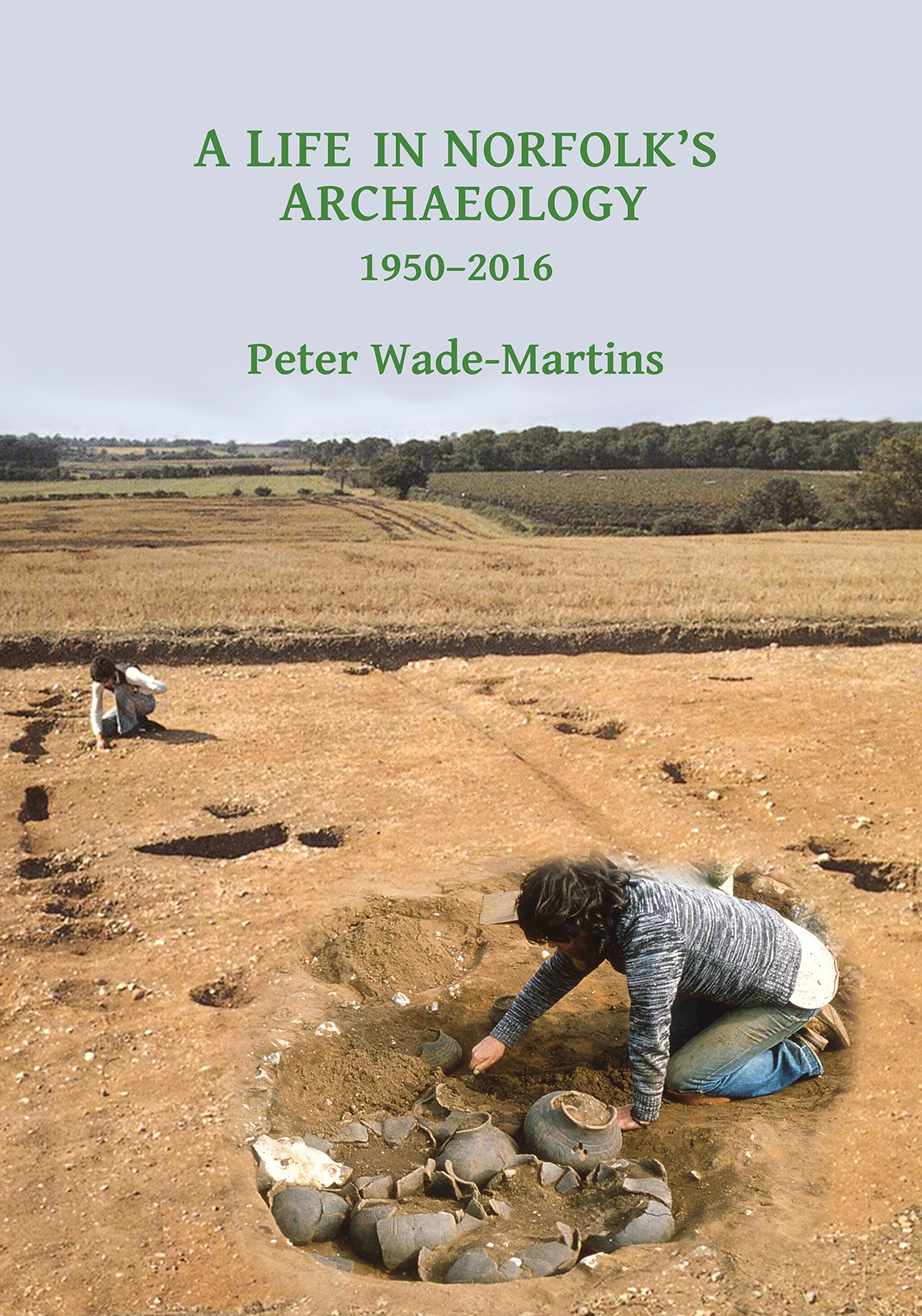 Illustrated throughout in colour and black & white (87 plates in colour)

Archaeology in an arable landscape

A personal history of Peter Wade-Martins archaeological endeavour in Norfolk set within a national context. It covers the writer’s early experiences as a volunteer, the rise of field archaeology as a profession and efforts to conserve archaeological heritage.

This is a history of archaeological endeavour in Norfolk set within a national context. It covers the writer’s early experiences as a volunteer, the rise of field archaeology as a profession and efforts to conserve the archaeological heritage against the tide of destruction prevalent in the countryside up to the 1980s when there was not even a right of access to record sites before they were lost. Now developers often have to pay for an excavation before they can obtain planning consent. The book features progress with archaeology conservation as well as the growth of rescue archaeology as a profession both in towns and in the countryside. Many of the most important discoveries made by aerial photography, rescue excavations and metal detecting from the 1970s onwards are illustrated. The last section covers the recent growth of the Norfolk Archaeological Trust as an owner of some of the most iconic rural sites in Norfolk. The book concludes with a discussion of some issues facing British field archaeology today.

Peter Wade-Martins obtained a PhD studying the evidence for the history of rural settlement in Norfolk from the Anglo- Saxon period through the Middle Ages up to the enclosures. This involved what was then a new technique of collecting sherds of pottery off ploughed fields and from that evidence working out where people lived in a parish at different periods from the seventh to the nineteenth centuries. He also excavated two deserted villages revealing evidence for the first time about village life in Norfolk in the Middle Ages. He followed this by excavating a high-status Anglo- Saxon settlement at North Elmham, where it was possible to work out the plans of Anglo-Saxon timber buildings from patterns left by their post-holes in the subsoil.

Then, as County Field Archaeologist for Norfolk from 1973 to 1999, he organised and ran a county service for field archaeology developing a Sites and Monuments Record, an aerial photography programme, which made many startling discoveries, and a series of rescue excavations on a wide range of sites from prehistoric to medieval. His passion for countryside conservation led him to organise a number of ground-breaking conservation projects often trying to move a lot faster than English Heritage seemed willing to go.

Having retired early as County Field Archaeologist in 1999, he became the first Director of the Norfolk Archaeological Trust where he was instrumental in raising funds to buy an Iron Age fort, most of the Roman town at Caistor near Norwich, the remarkably well preserved Roman fort at Burgh Castle, a medieval castle and a complete monastery. All of them have been opened to the public. His one regret was that he didn’t have the opportunity to buy a deserted medieval village for the Archaeological Trust as well.

His other countryside interests include writing books on the decline and revival of the Manx mountain sheep, The Manx Loghtan Story (1990), the decline and eventual extinction of the old Norfolk Horn sheep, Black Faces (1993) and, with others, a two-volume work on Britishmade toy farm vehicles Farming in Miniature (2013 and 2014). His particular interest here has been to see how farm machinery familiar to each generation of farmers has been represented by contemporary toy makers. Other interests have included the creation of a photo archive of some 3,000 pictures of crofting life on the Isle of Eigg in the Inner Hebrides where his family have been regular visitors. He has also kept a flock of sheep since 1978.

'What a life in Norfolk's archaeology! The book is destined to become an essential archaeological reference and to join other classics of archaeological autobiography, among them Sir Mortimer Wheeler's Still Digging and Philip Rahtz's Living Archaeology. An absolute must-read.' - Edward Biddulph (2018): Current Archaeology

Nominated for the Current Archaeology Book of the Year Award 2019