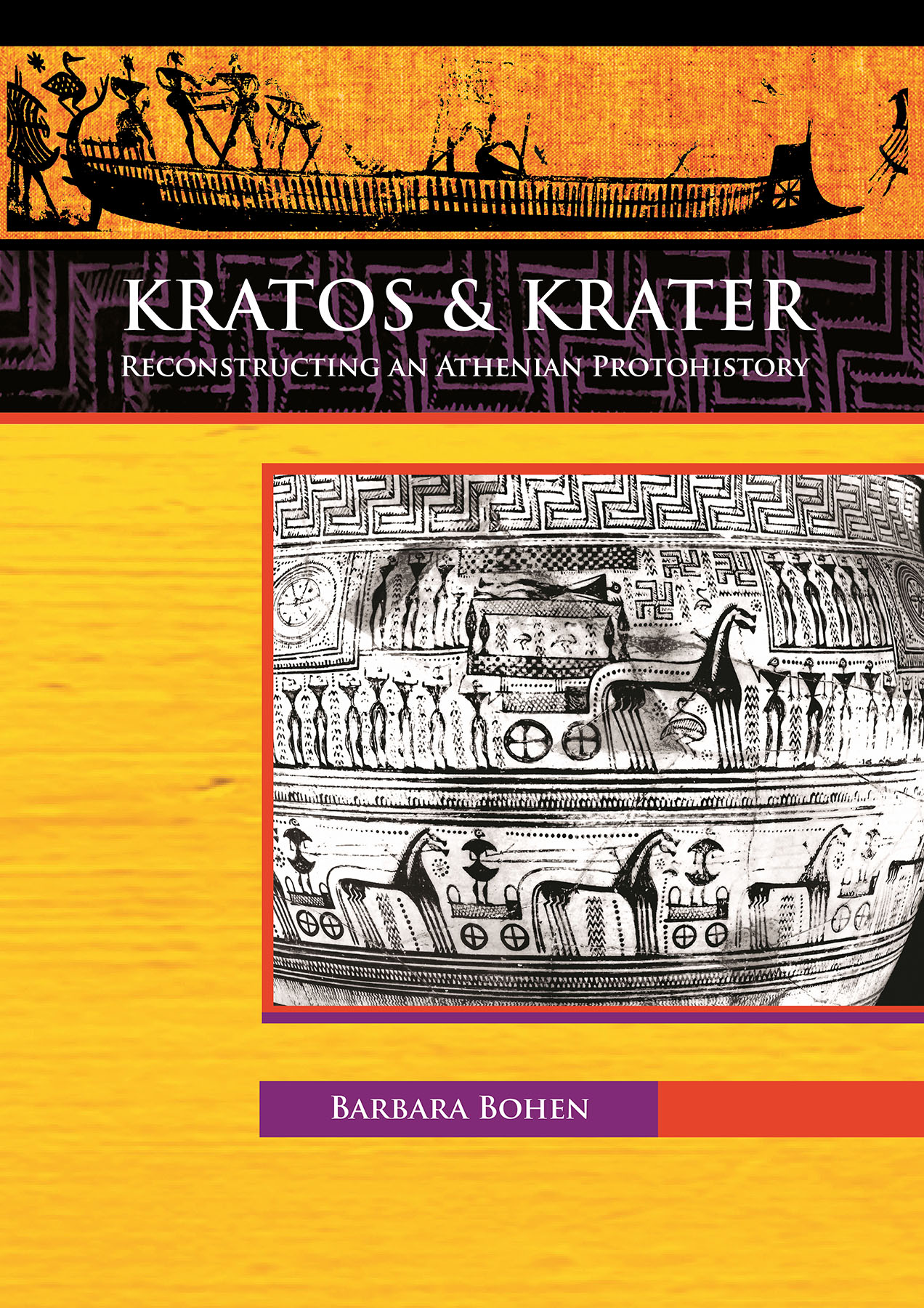 Illustrated throughout in black & white with one plate in colour

Athenian governance and culture are reconstructed from the Bronze Age into the historical era based on traditions, archaeological contexts and remains, foremost the formal commensal and libation krater.

Athenian governance and culture are reconstructed from the Bronze Age into the historical era based on traditions, archaeological contexts and remains, foremost the formal commensal and libation krater. Following Mycenaean immigration from the Peloponnesos during the transitional years, changes in governance are observable. Groups under aristocratic leadership, local and immigrant, aspired to coexist under a surprisingly formal set of stipulations that should be recognized as Athens’ first constitution. Synoikismos did not refer to a political union of Attica, sometimes attributed to Theseus, but to a union of aristocratic houses (oikoi). The union replaced absolute monarchy with a new oligarchical-monarchy system, each king selected from one of the favoured aristocratic houses and ruling for life without inheritance. The system prevailed through the late eleventh to the mid-eighth c. and is corroborated by Athenian traditions cross-referenced with archaeological data from the burial grounds, and a formerly discredited list of Athenian Iron Age kings. Some burial grounds have been tentatively identified as those of the Melanthids, Alcmeonids, Philaids and Medontids, who settled the outskirts of Athens along with other migrant groups following the decline of the elite in the Peloponnesos. While the Melanthids left during the 11th c. Ionian Migration other aristocratic houses remained and contributed to the evolution of the historical era polis of Athens. One noble family, the Alcmeonids preserved their cemetery into the Archaic period in a burial record of 600 years’ duration. Incorporated into this work is a monograph on the Athenian formal krater used by these primarily Neleid aristocratic houses in assembly and ritual. Some Homeric practices parallel those found in Athens, so the Ionic poets may have documented customs that had existed on the Mainland and were transferred to Ionia during the Ionian Migration. The demise of both the constitution and the standard, ancestral krater in Athens following a mid-eighth c. watershed is testimony to an interval of political change, as noted by Ian Morris, before the systematized establishment of annual archonship in the following century. The support this research has given to the validity of the King List has resulted in a proposed new chronology, with an earlier onset for the Geometric period at 922 BC, rather than the currently accepted 900 BC. The relative chronology of Coldstream based on style is generally accepted here, but some intermediate stages are revised based on perceptible break data, such as the onset of a new kingship, a reported war, or the demise of a governance system.

Barbara Bohen has a 1979 PhD in Classical Art, Archaeology and Classics from New York University’s Institute of Fine Arts. From 1981 to 1997 she served as director of the University of Illinois multicultural World Heritage Museum (now Spurlock). She has taught art history, museology, and archaeological methodology, given many public lectures, and published on topics ranging from Athenian burial cult, ceramic studies, and aesthetics to a multidisciplinary study of an Egyptian mummy. Awards include Fulbright, Danforth and Getty fellowships, and a three year NDEA Title IV award for classical studies at New York University Washington Square. The University of Illinois granted the Chancellor’s Academic Professional Excellence Award, as well as an Arnold Beckman award for travel and research in Greece which helped further the genesis of the current publication. Bohen has excavated Archaic Native American site Garvies Point on Long Island, Classical Greek sites on the island of Samothrace, Kalo Podi, Aphrodisias, Turkey, and from 1972 to 1981 the Kerameikos excavations of Athens, Greece. Since 2012 Bohen has held an appointment as Visiting Assistant Professor of Classics, at the University of Illinois, Urbana-Champaign, She is currently engaged in the research and publication of Athenian Iron Age archaeology and ‘protohistory’. The current publication urges a reassessment of the cultural level of this phase of Athens’ prehistory.