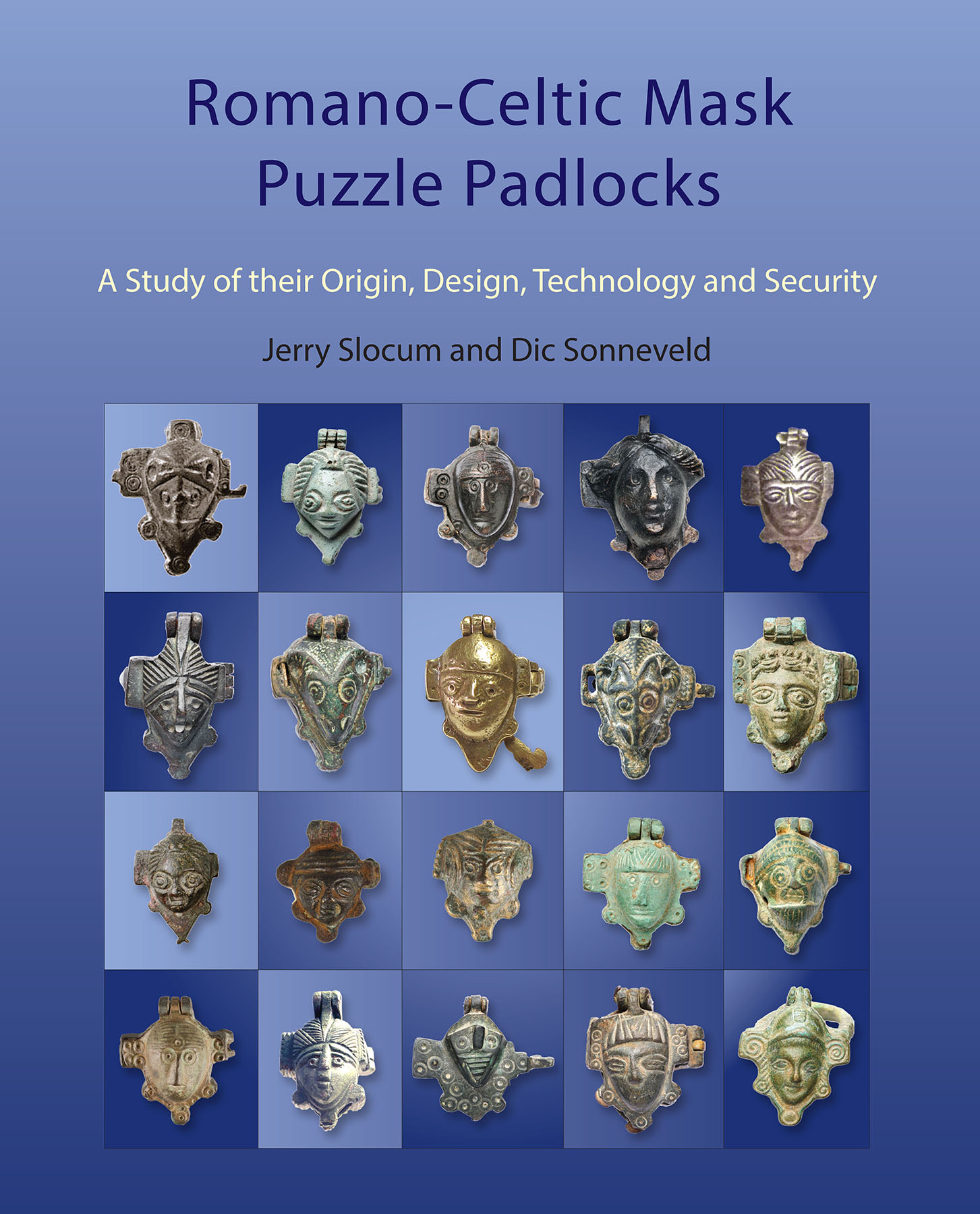 Highly illustrated in full colour throughout

A study in their Design, Technology and Security

This book presents a little-known and ingenious artefact of the Roman world: a small puzzle padlock whose font plate bears a face or ‘mask’ of ‘Celtic’ style.

This book presents a little-known and ingenious artefact of the Roman world: a small puzzle padlock whose font plate bears a face or ‘mask’ of ‘Celtic’ style. The padlocks were designed to secure small bags or pouches and their distribution extended across Europe with the majority found in the Danubian region and in the vicinity of Aquileia.

The authors examine the cultural context, the origins and uses of the padlocks, and provide detailed solutions to the puzzle mechanisms. The publication provides a fully-illustrated catalog of the known 156 examples, categorises their types according to construction and style, and explores the technicalities of the subject by the process of constructing replica mask puzzle padlocks.

Jerry Slocum, a retired Aerospace executive, is an historian, collector and author specialising in the field of mechanical puzzles. His personal collection of over 40,000 mechanical puzzles is believed to be the world’s largest. It includes hundreds of puzzle padlocks including 34 Roman mask puzzle padlocks. He is the author of 16 earlier books on puzzles and their history including Puzzles Old and New in 1986, The 15 Puzzle, The Cube (about Rubik’s Cube), and The Tangram Book. In 2006, Slocum donated his entire puzzle collection and library of over 5,000 puzzle books to the Lilly Library at Indiana University, marking the first time a major collection of mechanical puzzles was made available to the public in an academic setting. He also founded The International Puzzle Collectors’ Party in 1978 that organises annual gatherings in Asia, Europe and the USA of as many as 450 serious puzzle collectors from all over the world.

Until his retirement in 2011, Dic Sonneveld was an Information and Computer Technology (ICT) professional at Leiden University. Jerry knew him as designer of a type of mechanical puzzles, using partly self-written software. In 1997 Jerry asked him to contribute to the research for the history of the Chinese Puzzle, better known as Tangram (which was an international puzzle rage in the early 19th century). From that time on he assisted Jerry with literature research, library research and Internet research, which resulted in The 15 Puzzle book (about the worldwide puzzle craze in 1880) and several others. All these experiences and knowledge now have culminated in the research for this book about Roman-Celtic mask puzzle padlocks. It all started in January 2013, as always, with a simple inquiry from Jerry; he wanted to know more about these “ancient trick locks”.