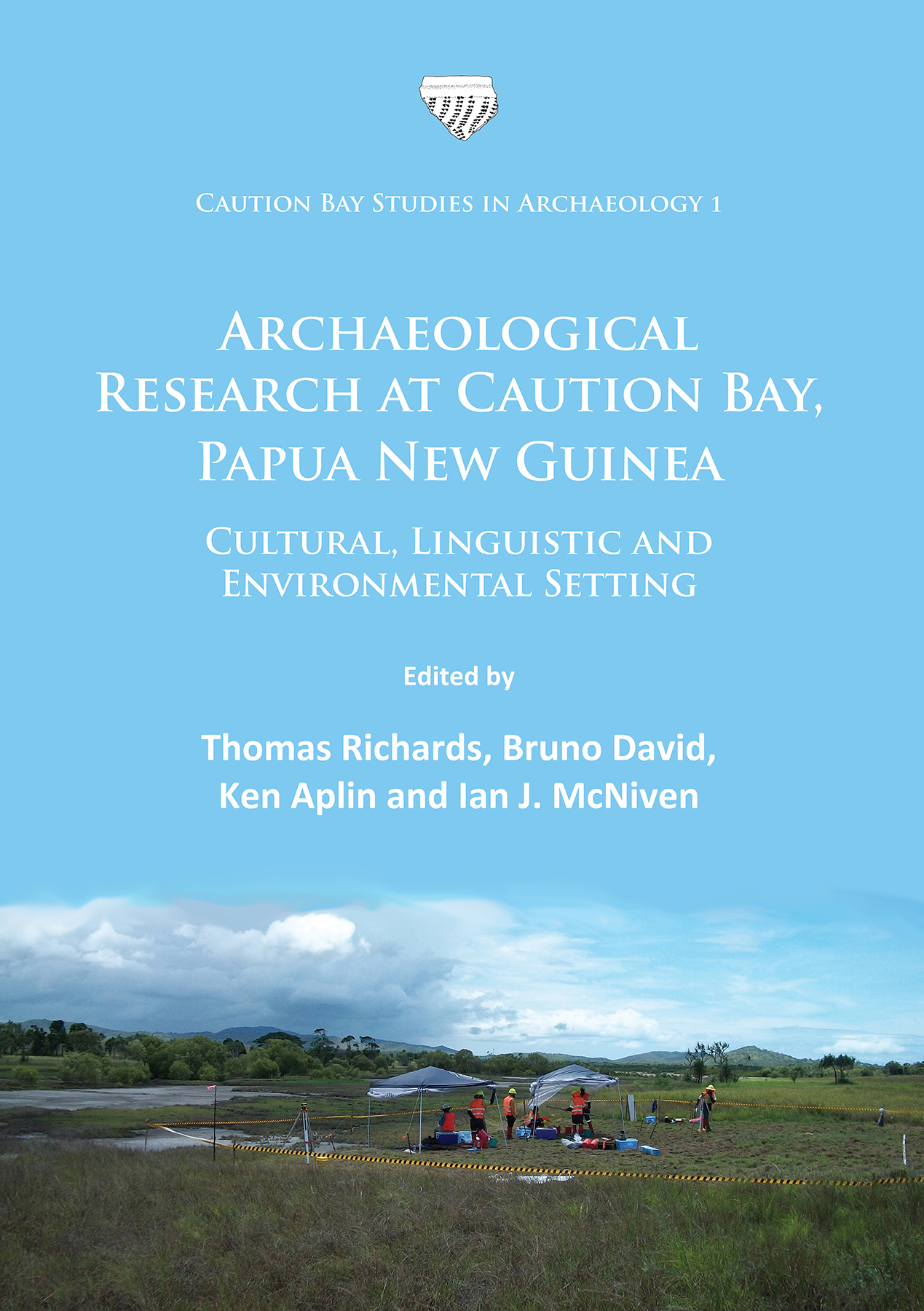 Illustrated throughout with 26 plates in colour

In 2008 intensive archaeological surveys began at Caution Bay, located 20km to the northwest of Port Moresby, Papua New Guinea. This was followed by the excavation of 122 stratified sites in 2009-2010, and detailed analysis of the well preserved and abundant faunal, ceramic and lithic finds has continued ever since. The Caution Bay Archaeology Project is providing new and exciting contributions to western Pacific prehistory. It has radically expanded the known geographic distribution of the Lapita Cultural Complex to include, for the first time, the southern coast of Papua New Guinea; it has established the relationship of Lapita to later cultural expressions in this area; it has pinpointed the time of arrival of domesticated animals along the southern coast of Papua New Guinea and, by inference, on the larger island of New Guinea; it has provided new insights into the impact of resident populations on local terrestrial and marine environments over a 5000 year time period; and perhaps of greatest significance, it has provided a unique opportunity to document, using multiple strands of archaeological evidence, interactions between resident and colonizing populations at a time of cultural transformation c. 2900 years ago. The first volume of the Caution Bay monographs is designed to introduce the goals of the Caution Bay project, the nature and scope of the investigations and the cultural and natural setting of the study area. To this end a series of chapters are included on the ethnographic and linguistic setting, the present and past natural environment, archaeological surveys of the study area and investigative and analytical methods. These background chapters will be repeatedly referred to in all the other monographs, as foundational reference materials for the broader study.

Thomas Richards is Executive Director of the Heritage Conservation Branch in the Government of Saskatchewan, Canada and Adjunct Senior Research Fellow with the Monash Indigenous Studies Centre, Monash University, Australia. As a director of the Caution Bay Archaeology Project since 2009, Tom has been involved in researching Lapita settlements, as well as sites from earlier and later periods, from the south coast of Papua New Guinea. ; Bruno David is Professor of Indigenous Archaeology at Monash University and is a Chief Investigator with the Australian Research Council Centre of Excellence for Australian Biodiversity and Heritage. He specialises in landscape archaeology, the archaeology of rock art, and the archaeology of Indigenous Australia and Papua New Guinea. His latest books are The Oxford Handbook of the Archaeology and Anthropology of Rock Art, and The Oxford Handbook of the Archaeology of Indigenous Australia and New Guinea (both co-edited with Ian J. McNiven).