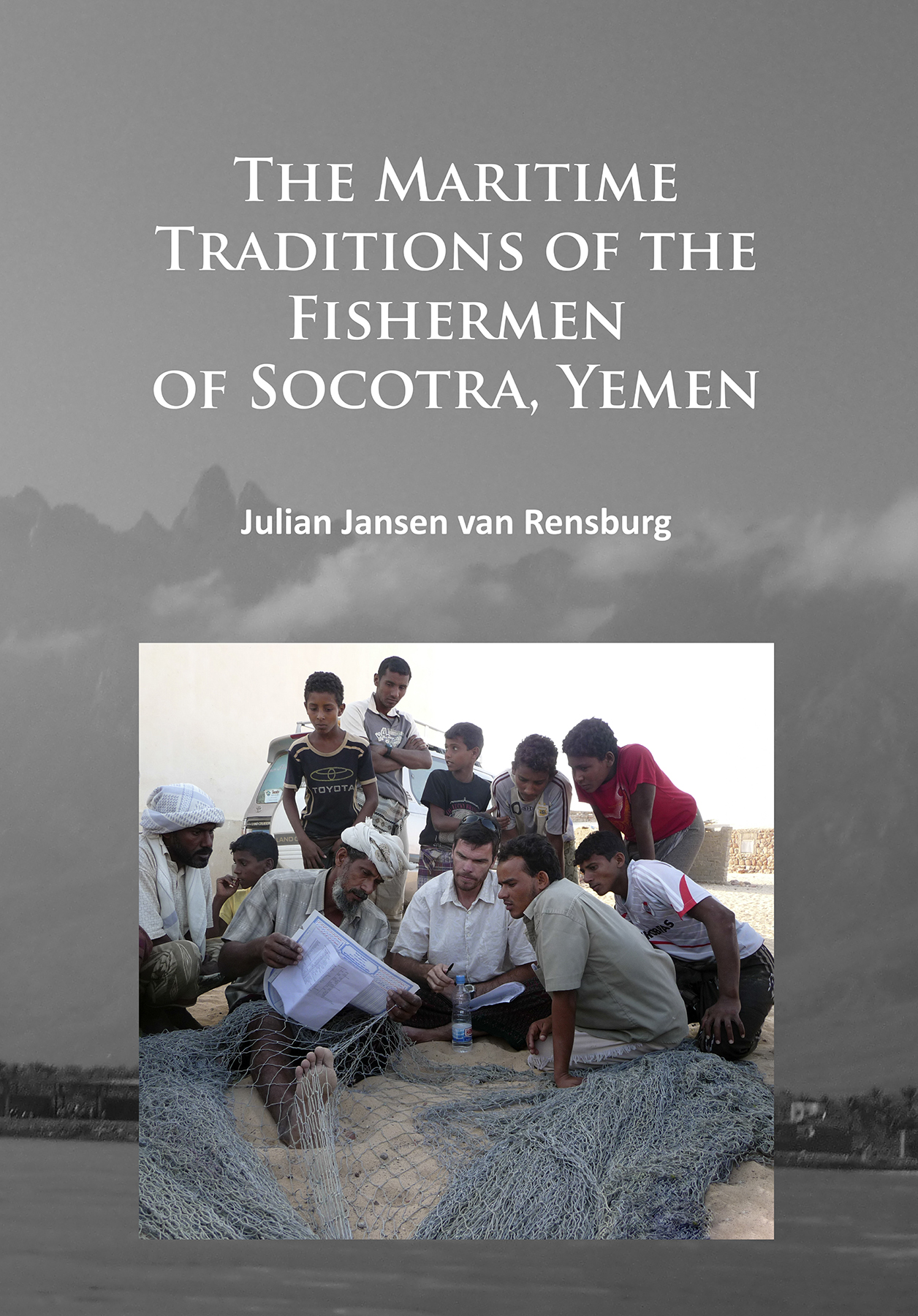 The Maritime Traditions of the Fishermen of Socotra, Yemen

The Socotra archipelago lies approximately 135 nautical miles (Nm) northeast of Cape Guardafui, Somalia and 205Nm south of Rās Fartaq, Yemen. The archipelago is made up of four main islands, Socotra, cAbd al-Kūri, Samḥa and Darsa, of which Socotra is the largest and most densely populated. The population of Socotra is divided between the interior pastoralists and the coastal fishermen and traders. While scholarly studies concerning the interior population abound, the fishermen of Socotra have received comparatively less attention and little about them or their traditions is known. This research seeks to address this balance by analysing the Socotri maritime traditions and addressing the question as to how social, environmental and technological influences have shaped the maritime traditions of the fishermen of Socotra. The primary data forming the basis of this book is author’s ethnographic fieldwork carried out on the islands of Socotra and Samḥa between 2009 and 2010. This data is incorporated within a transdisciplinary framework that looks at some of the essential factors of historical, archaeological and environmental evidence to gain a holistic insight into the spatial and temporal factors affecting the maritime traditions of the fishermen.

Part One: The Study; Chapter 1. Introduction; Chapter 2. Literature Review; Chapter 3. The Conceptual Framework and Methodology; Part Two: The Fishermen; Chapter 4. The Historical Ethnic Groups; Chapter 5. The Historical Fishing Community; Chapter 6. The Contemporary Fishing Community; Part Three: The Maritime Landscape And Climate; Chapter 7. The Maritime Landscape; Chapter 8. The Climate; Part Four: Vessels, Gear And Catch; Chapter 9. Fishing Vessels; Chapter 10. Fishing Equipment; Chapter 11. The Fisheries Economy; Chapter 12. Conclusion; Appendices: Appendix 1. The fishermen interviewed; Appendix 2. Sample interview questions in English and Arabic; Appendix 3. The fishing seasons and influence local winds and currents have on villages along the north and south coast and island of Samḥa; Appendix 4. The fishing tackle used by the fishermen, the method of its deployment, seasons in which it is used, species targeted and the locations in which these species are targeted; Bibliography

Julian Jansen van Rensburg received his doctorate in September 2013 from the Institute of Arab and Islamic Studies at the University of Exeter. His thesis examined how local, regional and global influences have, over time, influenced the traditions and technologies of the maritime communities on the island of Socotra, Yemen. This research formed part of the MARES Project, a multi-disciplinary, multi-period project focusing on the maritime traditions of the peoples of the Red Sea and Arabian-Persian Gulf. Following his doctorate he was awarded funding from the Honor Frost Foundation to undertake research into the tangible and intangible maritime heritage of the fishing communities in Anfeh, Lebanon. This research project included a maritime ethnographic workshop for Lebanese students and members of local NGOs. The workshop was used to train the participants in quantitative and qualitative techniques of maritime ethnography and traditional vessel recording. This research formed a part of the wider Anfeh Project being run by the University of Balamand. Subsequently, Julian received a National Geographic grant to study rock art on Socotra, the results of which are part of his current research as a Dahlem Research School POINT Fellow within the Excellence Cluster Topoi. He holds positions on the steering committee for the British Foundation for the Study of Arabia and the Executive Committee of the Friends of Socotra. He is also an Assistant Editor of the Proceedings for the Study of Arabia. His research interests include underwater archaeology, maritime ethnography and the typology of traditional boats of the Near East, rock art studies, GIS applications in archaeology, landscape archaeology, island and coastal archaeology, Indian Ocean trade networks in Antiquity and the Islamic Period, and cultural heritage management.