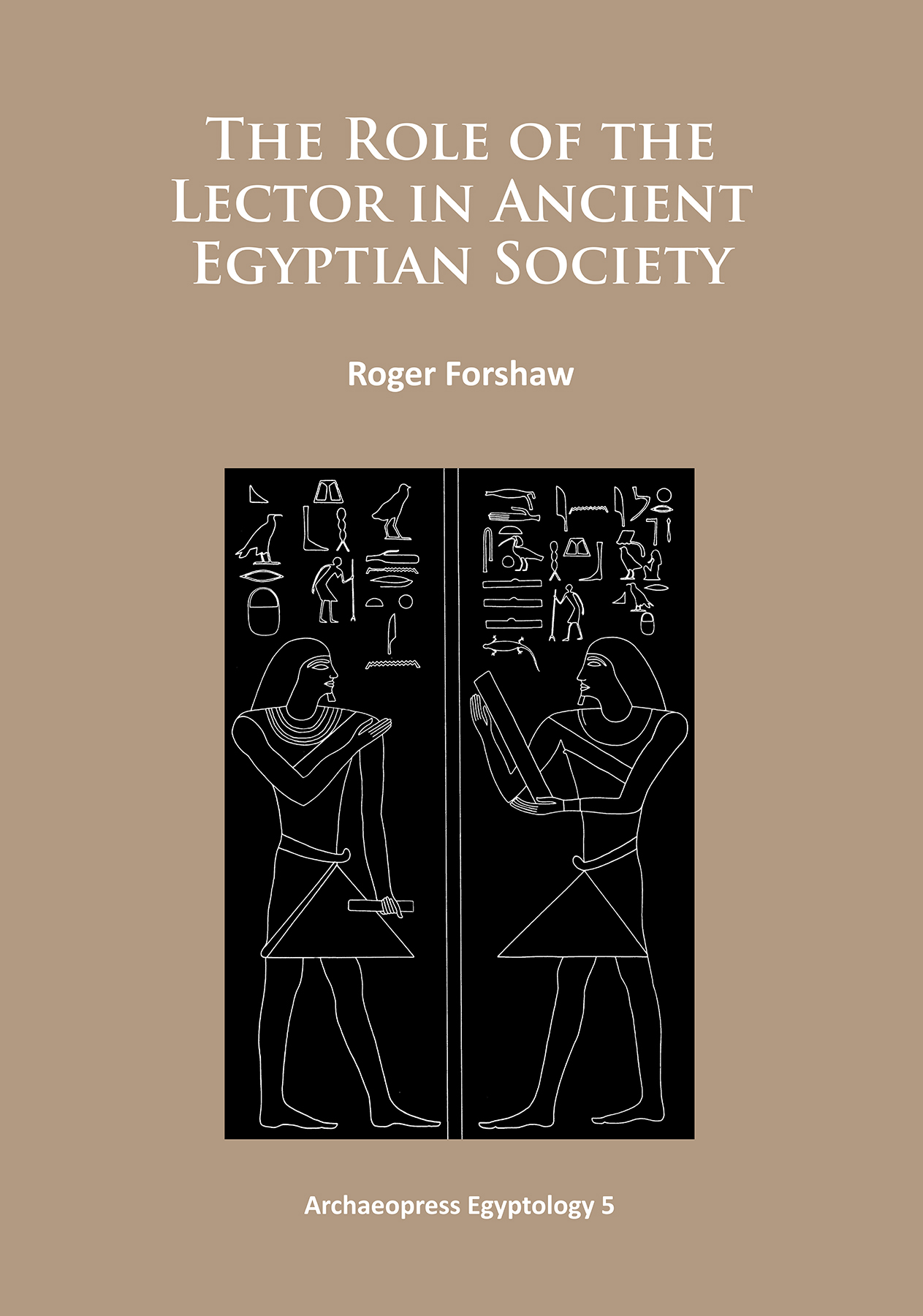 The Role of the Lector in Ancient Egyptian Society

The lector is first attested during the 2nd Dynasty and is subsequently recognised throughout ancient Egypt history. This study challenges previous approaches to studies on the Lector and explores his diverse functions in a wide ranging review of the relevant evidence.

The lector is first attested during the 2nd Dynasty and is subsequently recognised throughout ancient Egypt history. In previous studies the lector is considered to be one of the categories of the ancient Egyptian priesthood. He is perceived to be responsible for the correct performance of rites, to recite invocations during temple and state ritual, and to carry out recitations and perform ritual actions during private apotropaic magic and funerary rites. Previous treatments of the lector have rarely considered the full extent of his activities, either focusing on specific aspects of his work or making general comments about his role. This present study challenges this selective approach and explores his diverse functions in a wide ranging review of the relevant evidence. Why did he accompany state organised military, trading and mining expeditions and what was his role in healing? In the temple sphere he not only executed a variety of ritual actions but he also directed ritual practices. What responsibilities did he fulfil when sitting on legal assemblies, both temple-based and in the community? Activities such as these that encompassed many aspects of ancient Egyptian life are discussed in this volume.

Dr Roger Forshaw is an Honorary Research Associate at the KNH Centre for Biomedical Egyptology, University of Manchester.

'The term ‘lector’ is a familiar one to any student of Egyptology, frequently coupled with the word ‘priest’. A lector priest would be expected to have had an important role in Egyptian religion, performing essential rituals and reciting the appropriate words to accompany them. This new, scholarly study by Roger Forshaw demonstrates that the lector had a far wider role than a purely priestly one... This comprehensive work should furnish even the most demanding researcher with as much useful information as he or she could wish.' - Ancient Egypt Magazine, July 2015