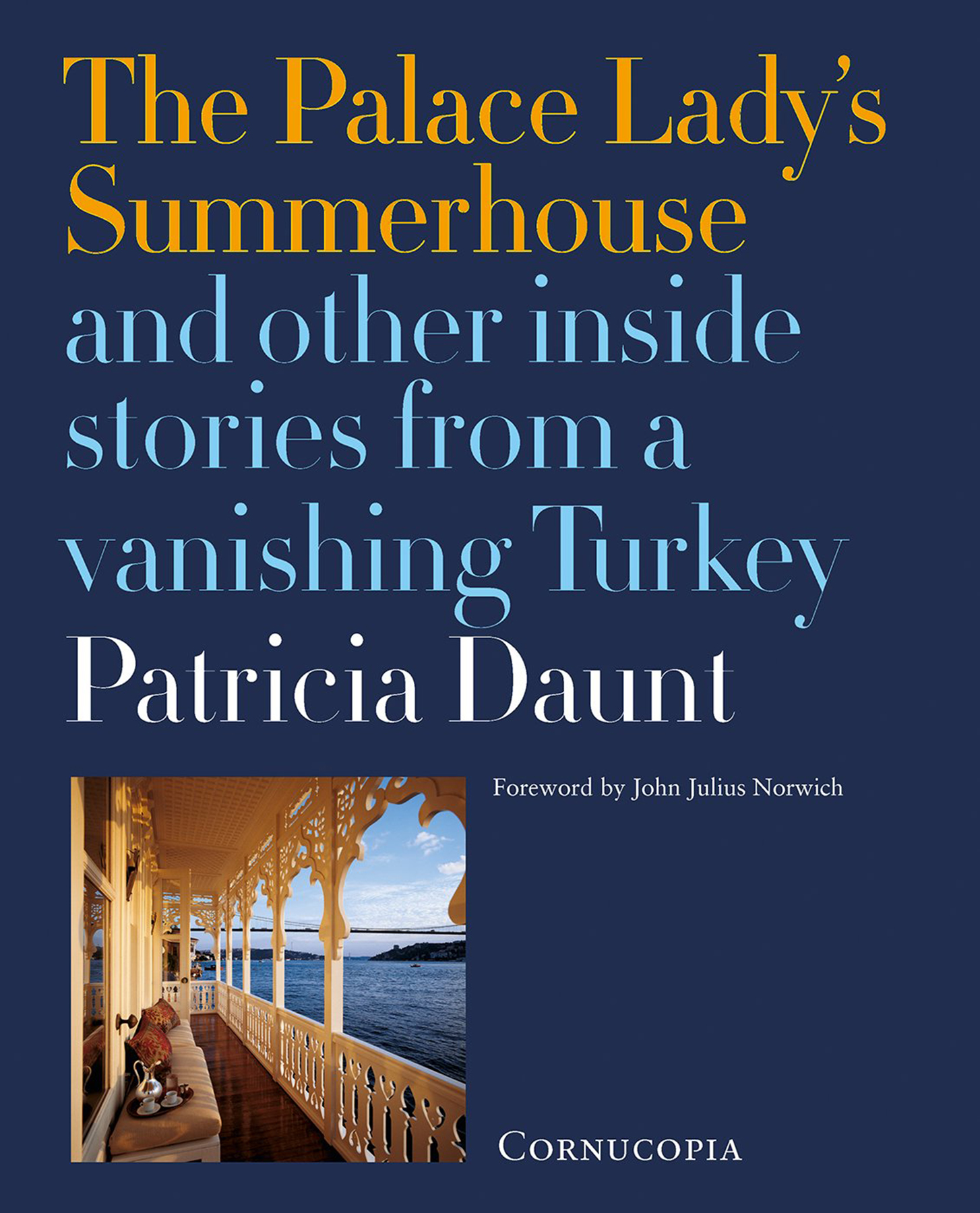 From Istanbul’s palatial old embassies to its glorious Bosphorus summerhouses, from Ottoman Paris to Ankara’s Art Deco, this book brings together essays by Patricia Daunt to reveal their secret histories. It concludes with her latest article, on the magnificent ruins of Aphrodisias, newly listed as a World Heritage Site.

From Istanbul's palatial old embassies to its glorious Bosphorus summerhouses, from Ottoman Paris to Ankara's Art Deco, from rainforest mansions to a mad mosque in the mountains... a diplomat's wife reveals their secret histories. This book brings together essays by Patricia Daunt written over the past 25 years for Cornucopia Magazine. It concludes with her latest article, on the magnificent ruins of Aphrodisias, newly listed as a World Heritage Site but long one of her greatest loves. The images are by internationally renowned photographers, including Fritz von der Schulenburg, Simon Upton, Cemal Emden and Jean-Marie del Moral. Foreword by John Julius Norwich.

Foreword; PALACES OF DIPLOMACY; 1 The Winter Palaces The Pera Embassies; WINDOW ON THE BOSPHORUS; 2 Boating with Billy; 3 The Summer Palaces: The Bosphorus Embassies; 4 The Jewel Box: The Çürüksulu Mehmet Pasha Yalı; 5 The Vizier’s Retreat: The Kıbrıslı Yalı; 6 A Room for the Books: Ahmed Vefik Pasha’s Library; 7 Water’s Edge: The Hekimbaşı Yalı; 8 The Talk of the Bosphorus: The Zeki Pasha Yalı; 9 Some Enchanted Evenings: The Ratip Efendi Yalı; 10 The House that Came out of the Blue: The Germen Yalı; 11 In the Spirit’s Wake: Sumahan on the Water; 12 The Palace Lady’s Summerhouse: The Ethem Pertev Yalı; TRAVELS IN ANATOLIA; 13 The Country Houses that Ride the Storm; 14 The Lake that Time Forgot; 15 Sublime Portals The Great Mosque and Hospital of Divriği; SECRET ANKARA; 16 A Brave New World The Embassies’ Big Move to Ankara; 17 Fly in the Face of Fashion Ankara’s Hidden Assets; PARIS A LA TURQUE; 18 Treasures of a Lost Dynasty; 19 From Lunacy to Diplomacy 276; APHRODISIAS REBORN; 20 City of Aphrodite; Acknowledgements and glossary; Index

Patricia Daunt is a writer, married to a former ambassador to Turkey, Sir Timothy Daunt; they first met when both were stationed at the British Embassy in Ankara in 1960. Over the past sixty years she has travelled widely in Turkey, often on horse or foot, acquiring a deep knowledge of its history and civilizations. She has introduced parties of enthusiasts to Turkey's archaeological and architectural treasures, as well as its indigenous plants and trees. But her abiding interest remains the ancient city of Aphrodisias. Since 1993, she has been chairman of the Friends of Aphrodisias Trust, a British charity that supports archaeological projects at the site, in the southwest of Turkey.

".a record of her expertise and enthusiasms, whose coffee-table dimensions belie its scholarly contents."-Yasmine Seale"Times Literary Supplement" (03/01/2018); "[This is] much more than a beautifully illustrated book: it's about the people who lived - and live - in these buildings... a love letter to a country and to a world that has been almost completely swallowed up by tourism, new money and development.""-Owen Matthews"The Spectator" (12/01/2017)