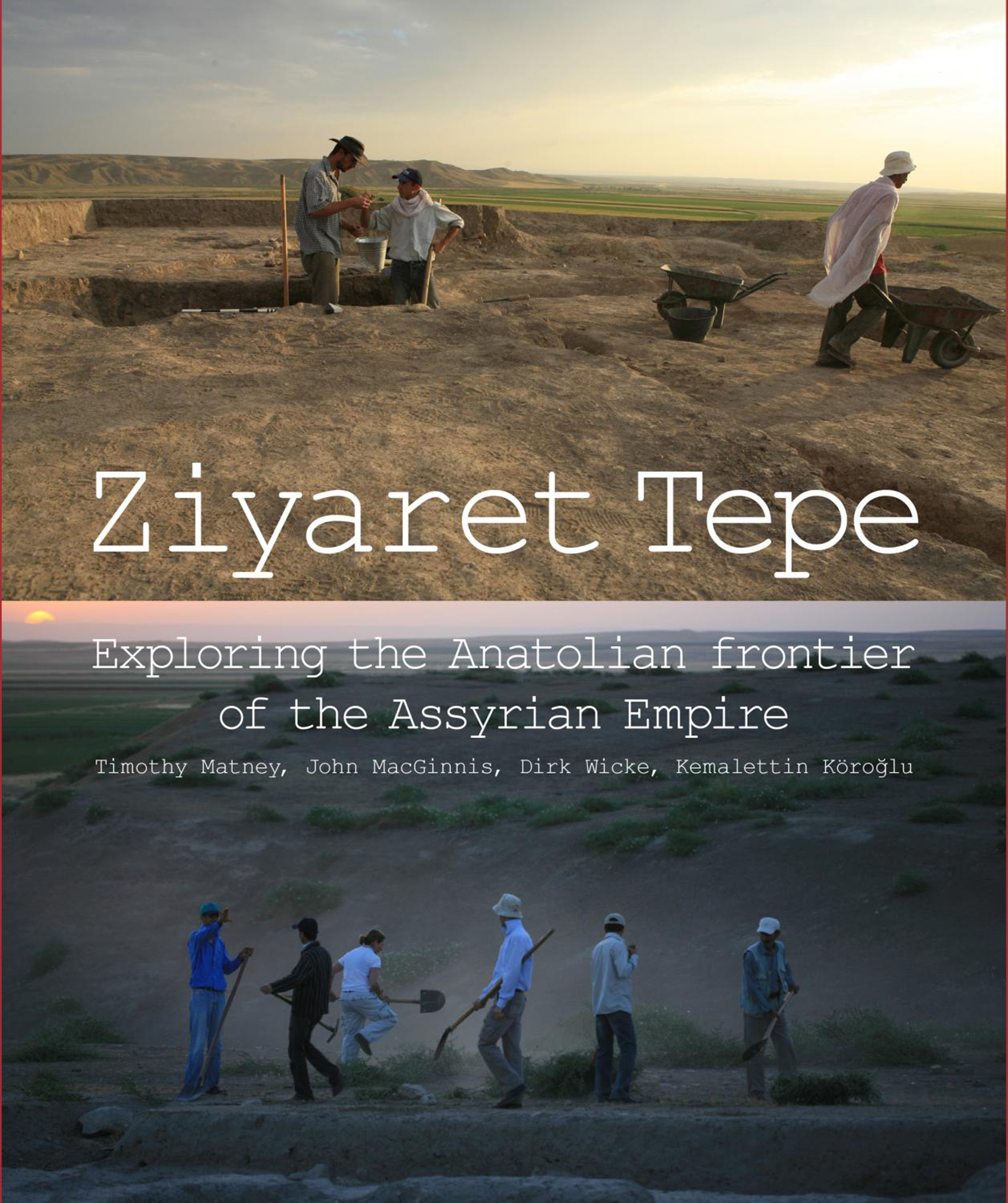 Ziyaret Tepe: Exploring the Anatolian frontier of the Assyrian Empire

This unique record charts the important archaeological finds over 18 years at Ziyaret Tepe in southeast Turkey - site of Tushan, a provincial capital of the Assyrian Empire dating back to the 9th century BC. Informative, scholarly, copiously illustrated, personal and extremely readable, this groundbreaking book sets a new benchmark in the field.

This volume presents a vivid record in words and pictures of a dig on the Anatolian borders of Mesopotamia that ended recently after nearly two decades. Designed in the format of a survey book, Ziyaret Tepe: Exploring the Anatolian frontier of the Assyrian Empire captures the sense of intimacy and immediacy of the project. Ziyaret Tepe, the ancient city of Tušhan, was a provincial capital of the Assyrian Empire, in its day the greatest empire the world had ever seen. The excavations captured in this innovative book uncovered the palace of the governor, the mansions of the elite and the barracks of the rank and ﬁle, charting the history of the empire from its expansion in the early 9th century BC to its fall three centuries years later. The great mound of Ziyaret Tepe, with its accumulated layers rising 22 metres above the surrounding plain, is a record of thousands of years of human occupation. In the course of 18 seasons of ﬁeldwork, both the lower town and the mound looming up over it yielded the secrets of Tušhan, today in southeast Turkey, near the border with Syria. This has always been frontier country. Elaborate wall paintings, a hoard of luxury items burned in a cremation ritual 2,800 years ago, and a cuneiform tablet that hints at a previously unknown language are among the team’s exceptional ﬁnds. The story of the project is told by the specialists who dedicated years of their lives to it. Geophysicists, ceramicists, readers of cuneiform, experts in weaving, board games and Neo-Assyrian politics joined archaeologists, zooarchaeologists, archaeobotanists and many others. But this is no dry ﬁeld book of dusty digging. Both accessible and scholarly, it is a lively, copiously illustrated record of excavations involving the whole team, a compelling demonstration of the collaboration – the science, artistry and imaginative reconstruction – that makes modern archaeology so absorbing.

1: The origins of Assyria and its Culture; 2: The excavation team gets to work; 3: Work on the Tušhan excavation begins; 4: Ziyaret Tepe reveals its rich and varied finds; 5: Conservation and communication

Timothy Matney is an archaeologist with a specialization in Early Bronze Age urbanism and the archaeology of the Assyrian Empire in the Iron Age. He has directed excavations in Turkey for the past two decades. His other field experience spans a range of archaeological periods in Syria, Iraq, Israel, India, Azerbaijan, Great Britain, and the United States. He is currently Professor of Archaeology at the University of Akron in Ohio, USA; Dr. John MacGinnis did both his degree and his PhD at Cambridge University and is a specialist in the archaeology and inscriptions of ancient Babylonia and Assyria, on which he has published extensively. He has worked on sites across the middle east, including Cyprus, Egypt, Iraq, Syria, Sudan and Turkey. For fifteen years he was a field director at the site of Ziyaret Tepe, the ancient Assyrian provincial capital of Tušhan. He has worked on many sites in Iraq, particularly in Iraqi Kurdistan, and has since 2011 been Archaeological Advisor to the High Commission for Erbil Citadel Revitalisation. He is currently based at the British Museum as Lead Archaeologist in a training scheme for archaeologists from across the whole of Iraq and is also a Research Associate at the McDonald Institute for Archaeological Research.