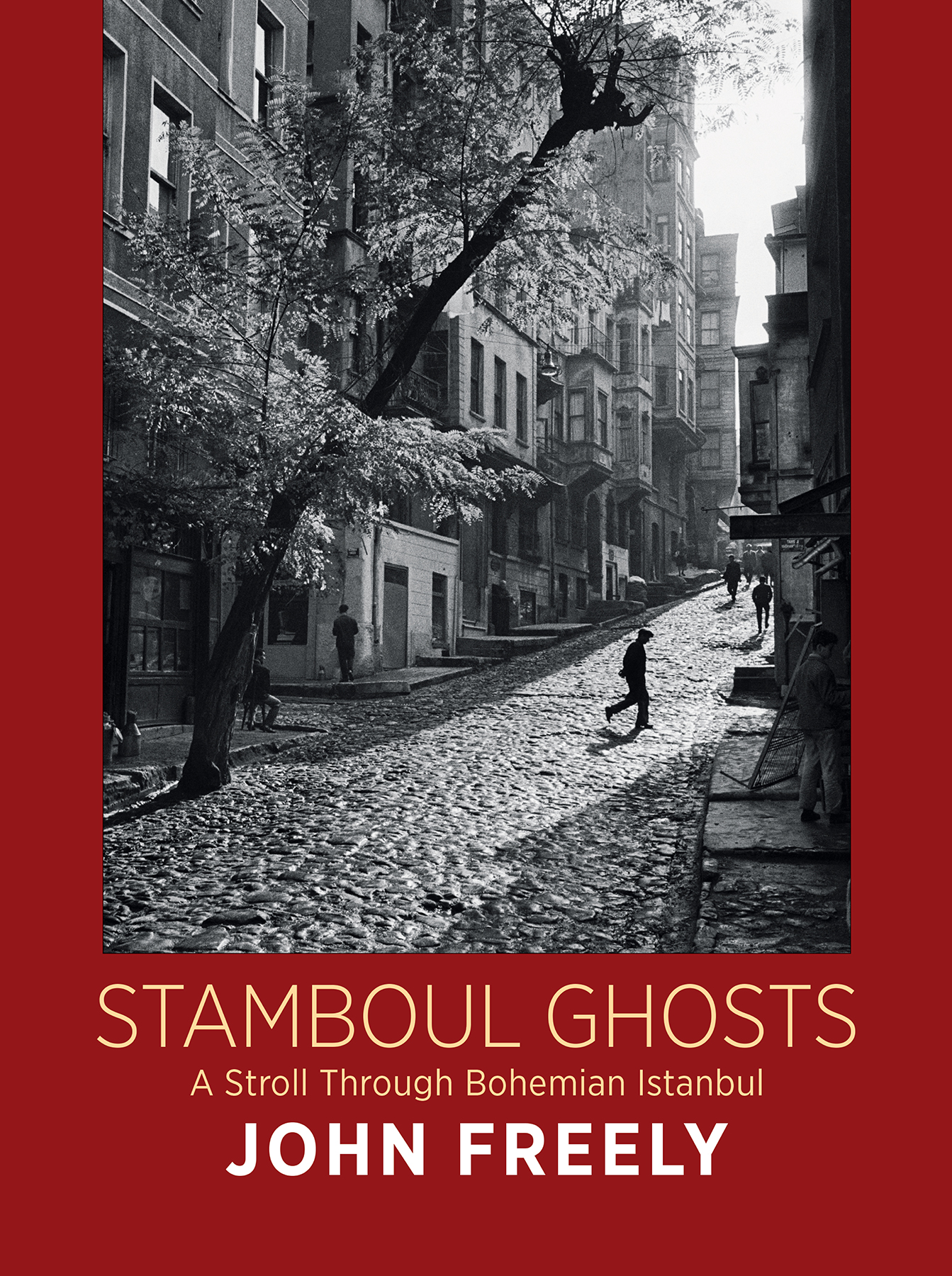 Colourful, cosmopolitan, hard-drinking, often outrageous characters throng this rollicking memoir by the late John Freely, who moved with his family to Istanbul in 1960 and changed travel writing for good with his 1972 guide, Strolling Through Istanbul. Dozens of books on travel, history and science would follow.

The Irish-American physicist, academic and traveller John Freely wrote more than sixty lively books on travel, history and science before he died in 2017, aged 90. But It was Istanbul, where he emigrated with his family in 1960 to take up a post teaching physics at the American Robert College, that turned him into a writer. His first book, 'Strolling Through Istanbul' – written with his fellow academic Hilary Sumner-Boyd – was an instant success when it was published in 1972 and has never been out of print since. With the exception of Oğuz, so thin that he was known as The Ghost because he barely cast a shadow, everyone in John Freely's rumbustious memoir, including the author himself, is larger than life. Bohemian Istanbul was a haven for myriad misfits who found their feet in the city. Clamorous, glamorous, eccentric, cosmopolitan and frequently outrageous, they included the 'berserker' Peter Pfeiffer, a resourceful exile with three passports; Aliye Berger, the beautiful queen of bohemian Pera; the writer James Baldwin and, fleetingly, the future Pope John XXIII. This elegy for a lost world encapsulates the flavour of their daily life and nightly excesses. Well lubricated with lemon vodka and Hill Cocktails served by Sumner-Boyd's gloomy housekeeper, 'Monik Depressive', the Freely crowd weave their way from the Galatasaray fish market and the taverns of Çiçek Pasajı to the Russian restaurant Rejans, and frequently on to the Freely household on the Bosphorus hills, where a party will soon be in full swing and eggnog flowing freely. 'Stamboul Ghosts' is lllustrated with Ara Guler's poignant black-and-white photographs, which make of Freely's beloved city an evocative stage-set.

Introduction by Andrew Finkel; 1 Death of a Ghost; 2 The Queen of Pera; 3 Ghosts in Exile; 4 The Life of the Party; 5Peter Pfeiffer Memorial Goose-Buying Day; 6 Strolling Through Istanbul; 7 The Legless Beggar; 8 The Imaginary Dog; 9 Burial of a Bohemian; 10 The Elephant’s Grave; A Tribute to John Freely by Andrew Finkel.; The Final Journey, by Maureen Freely.; Photographs by Ara Güler

Born in Brooklyn, New York, of Irish parents, John Freely (1926–2017) was brought up in New York City and Inch on the Dingle Peninsula in the west of Ireland. A lifelong traveller, he had crossed the Atlantic four times by the time he was six. He enlisted in the US Navy at seventeen in 1944, serving on missions in Burma, India and China, and married Dolores (“Toots”) Stanley after being demobbed in 1947. He received a doctorate in nuclear physics from New York University and did post-doctoral work at All Souls College, Oxford. He moved to Istanbul with his family to take up a teaching post at the American Robert College in 1960 and remained there for most of the rest of his life. Physicist, teacher, and author of more than sixty books of travel, history and science, most famously the seminal guidebook 'Strolling Through Istanbul' (1972), he was a noted raconteur as well as writer, with a prodigious memory for poetry and song as well as facts and dates. He continued writing to the very end of his life: among his last books are three volumes of memoirs, 'The Art of Exile: A Vagabond Life' (2016), 'The House of Memory: Reflections on Youth and War' (2017), and the newly published 'Stamboul Ghosts' (2018). | The author of the foreword to John Freely's 'Stamboul Ghosts', Andrew Finkel has been based in Turkey since 1989, as correspondent for print and broadcast media including The Times, The Economist, TIME, CNN and the Latitude section of The New York Times. More unusually, he has worked in Turkish-language media – in newsrooms, as a featured columnist and on television. His articles and editorials have appeared in The Washington Post, The Guardian, The Observer and Financial Times, and he has broadcast for the BBC. Finkel is a founder and executive of Platform24 (P24), a Turkish-registered NGO intended to strengthen the integrity of independent media. He was a Journalism Fellow at the University of Michigan and is the author of scholarly articles on Turkish media. His second book, 'Turkey: What Everyone Needs to Know', is published by Oxford University Press. He has been a contributing editor and restaurant critic for Cornucopia Magazine for more than 25 years. | Maureen Freely, who contributed the Postscript to Stamboul Ghosts, has followed in her father John Freely's footsteps by becoming a prolific author, journalist and academic. She grew up in Istanbul and now lives in England, where she is Professor of English and Comparative Literary Studies at University of Warwick and jas served as president and chair of English PEN. She has made a reputation for herself as translator of several novels by Orhan Pamuk and other distinguished Turkish writers. Of her own novels, three are semi-autobiographical and set in Istanbul: 'The Life of the Party' (1986), 'Enlightenment' (2008) and 'Sailing Through Byzantium' (2013) | The photojournalist Ara Güler, whose iconic black and white images illustrate 'Stamboul Ghosts', was born in Istanbul, in 1928, the son of an Armenian-Turkish pharmacist. In the late 1950s he became Time Life's first Near East correspondent, and was recruited by Henri Cartier-Bresson to join the young agency Magnum Photos. His photographs, a vivid record of daily life in 20th-century Istanbul, have been the subject of numerous books. A museum dedicated to his work is scheduled to open in Istanbul in 2018.