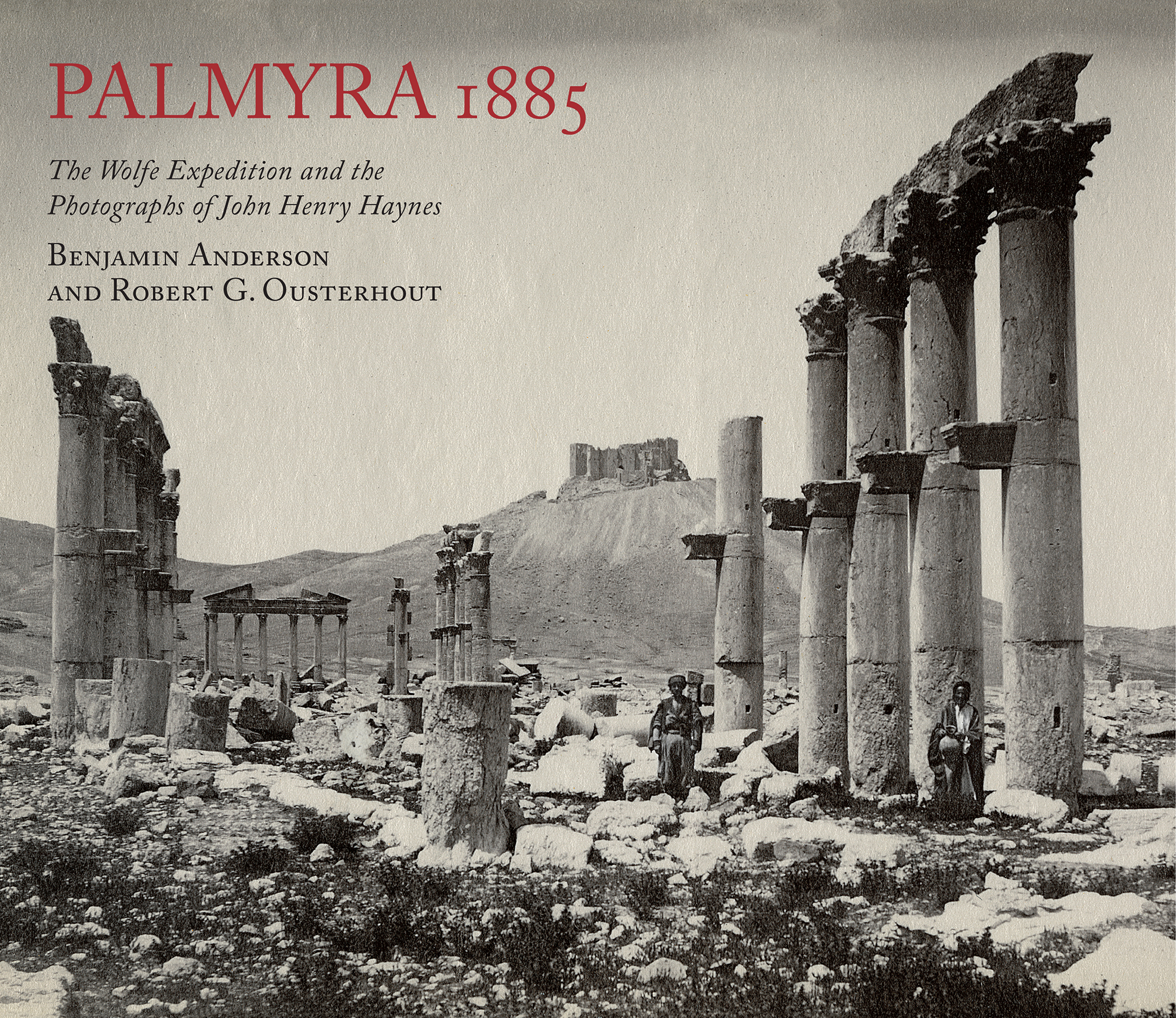 Lavishly illustrated throughout in colour and black & white

Palmyra 1885: The Wolfe Expedition and the Photographs of John Henry Haynes

PALMYRA 1885, by Benjamin Anderson and Robert G. Ousterhout, is the first published record of the five fruitful days that father of American archaeological photography, John Henry Haynes, spent in Syria's ancient desert city, whose most important monuments were destroyed by the self-styled Islamic State in 2015.

European adventurers began exploring Palmyra's priceless Roman ruins in the 17th century, but it wasn't until the advent of photography that the public became aware of its scale and majesty. In 1885, the sight of Palmyra astounded members of the Wolfe Expedition as they journeyed home from Mesopotamia. The group's photographer, John Henry Haynes, documented the monumental temples, tombs and colonnades in more than a hundred invaluable images. Since then, Haynes and his work have largely been forgotten, and the forces of the self-styled Islamic State have destroyed the key monuments of this world-renowned site, including the glorious Temple of Bel. Haynes's images of Palmyra - published here for the first time - are all the more poignant. The Syrian city of Palmyra - known as ‘the Pearl of the Desert’ - was one of the most important cultural centres of the ancient world. A key stop on the Silk Road, it was a vital link between the East and the West, and a prize fought over by successive conquering armies.

Benjamin Anderson is assistant professor of the History of Art at Cornell University. He studies the visual and material cultures of the eastern Mediterranean and adjacent landmasses, with a particular focus on late antique and Byzantine art and architecture. His first book, Cosmos and Community in Early Medieval Art (Yale University Press, 2017), is a finalist for the 2018 Charles Rufus Morey Book Award of the College Art Association. The second, The Tragic Image: Fate and Form from Byzantium to the Baroque, will address the "Oracles of Leo the Wise" and related oracular images. He publishes regularly on the history of archaeology and the urban history of Constantinople. Anderson was David E. Finley Fellow at the Center for Advanced Study in the Visual Arts, National Gallery of Art (2009-12); and has received fellowships from the Deutscher Akademischer Austauschdienst, and the Kunsthistorisches Institut in Florenz (Max-Planck-Institut). He currently serves on the Governing Board of the Byzantine Studies Association of North America; Robert Ousterhout (Ph.D. University of Illinois) has taught in the History of Art Department at the University of Pennsylvania since 2007. Previously he was Professor of Architectural History at the University of Illinois, where he taught for more than twenty years. A recognized specialist in Byzantine architecture, his research focuses on the documentation and interpretation of the vanishing architectural heritage of the eastern Mediterranean. His current fieldwork concentrates on Byzantine architecture, monumental art, and urbanism in Constantinople, Cappadocia, and Jerusalem. Since 2011 he has co-directed the “Cappadocia in Context” graduate seminar, a summer field school for Koç University.