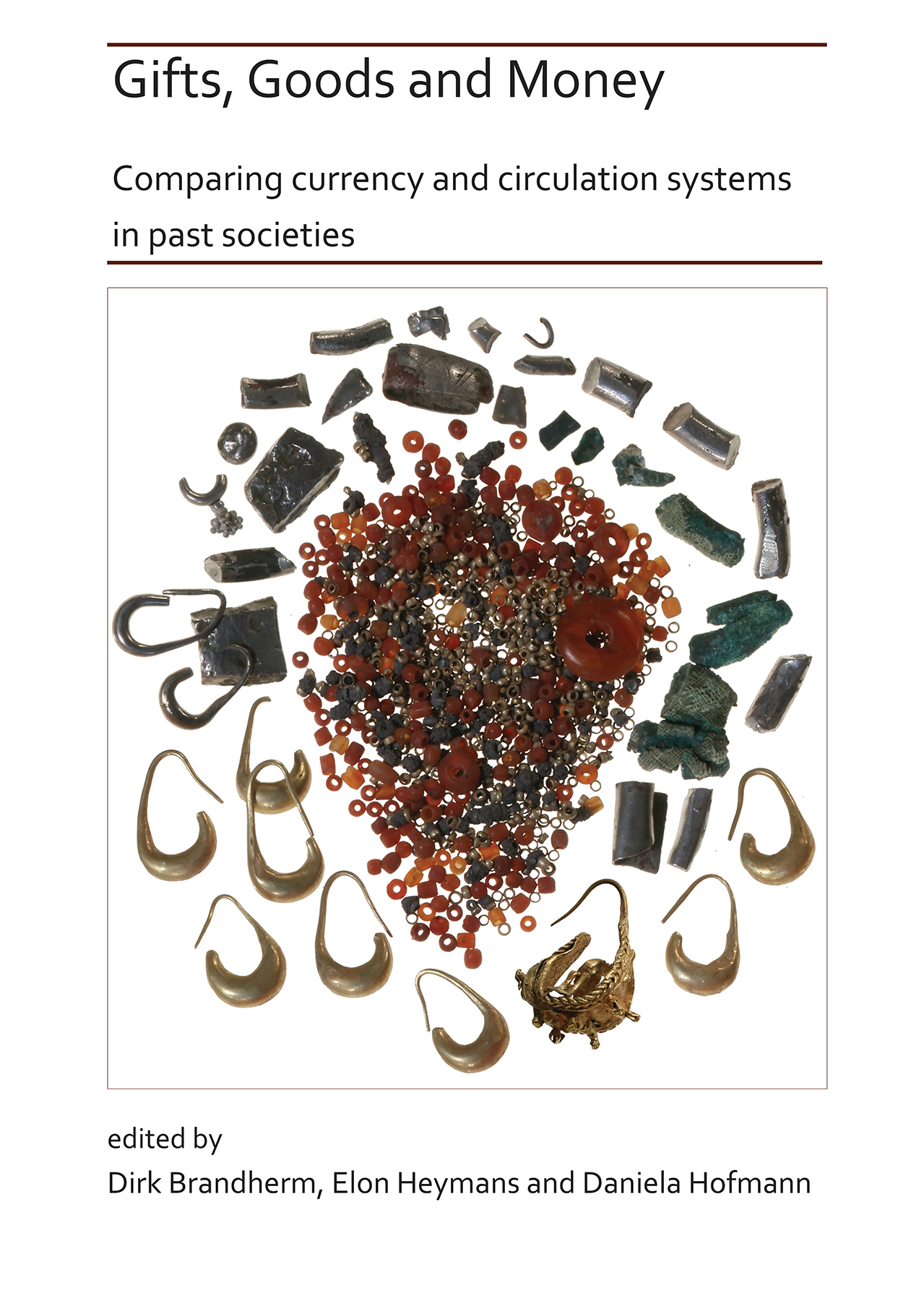 Gifts, Goods and Money: Comparing currency and circulation systems in past societies

The papers gathered in this volume explore the economic and social roles of exchange systems in past societies from a variety of different perspectives. Based on a broad range of individual case studies, the authors tackle problems surrounding the identification of (pre-monetary) currencies in the archaeological record.

The papers gathered in this volume explore the economic and social roles of exchange systems in past societies from a variety of different perspectives. Based on a broad range of individual case studies, the authors tackle problems surrounding the identification of (pre-monetary) currencies in the archaeological record. These concern the part played by weight measurement systems in their development, the changing role of objects as they shift between different spheres of exchange, e.g. from gifts to commodities, as well as wider issues regarding the role of exchange networks as agents of social and economic change. Among the specific questions the papers address is what happens when new objects of value are introduced into a system, or when existing objects go out of use, as well as how exchange systems react to events such as crises or the emergence of new polities and social constellations. One theme that unites most of the papers is the tension between what is introduced from the outside and changes that are driven by social transformations within a given group.

Introduction: comparing currency and circulation systems in past societies – by Dirk Brandherm, Elon Heymans and Daniela Hofmann; Indeterminacy and approximation in Mediterranean weight systems in the third and second millennia BC – by Nicola Ialongo, Agnese Vacca and Alessandro Vanzetti; Weight units and the transformation of value: approaching premonetary currency systems in the Nordic Bronze Age – by Lene Melheim; Heads or tails: metal hoards from the Iron Age southern Levant – by Elon D. Heymans; Weighing premonetary currency in the Iberian iron Age – by Thibaud Poigt; Of warriors, chiefs and gold. Coinage and exchange in the late pre-Roman Iron Age – by David Wigg-Wolf; New wealth from the Old World: glass, jet and mirrors in the late fifteenth to early sixteenth century indigenous Caribbean – by Joanna Ostapkowicz; Gifts of the gods — Objects of foreign origin in traditional exchange cycles in Palau – by Constanze Dupont

Dirk Brandherm studied Archaeology, Classics and Social Anthropology at the universities of Münster, Edinburgh and Freiburg. Most of his work has been in European Bronze and Iron Age archaeology, with one focus on metalwork production and depositional practices. He currently holds a position of Lecturer at Queen’s University Belfast, Northern Ireland. | Elon Heymans studied archaeology at the University of Amsterdam and at Tel Aviv University. He completed his PhD in Tel Aviv on the early history of money in the eastern Mediterranean Iron Age, and is currently a postdoctoral researcher at Utrecht University. His focus lies on the archaeology of Greece and the southern Levant, and he is particularly interested in the social, political and historical context of early money use. | Daniela Hofmann has obtained her PhD from Cardiff University and is currently Junior Professor at Hamburg University, Germany. She has published extensively on funerary archaeology, as well as the figurines and domestic architecture of the central European Neolithic, but she is also interested in instances of structured deposition and in spheres of exchange.